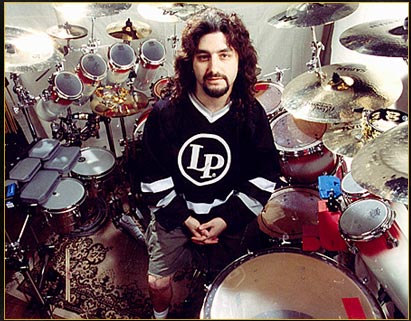 Portnoy’s Prominence, or Rather, A Landslide

“It’s amazing,” said Phil Hood, co-founder and publisher of Enter Music Publishing,  “that in a year in which Portnoy left his band, Dream Theater, he was selected by so many drummers. He became more well-known for leaving his group than he would have if he had stayed.”

Harrison A Hit In Prog

Gavin Harrison, another highly regarded drummer also known for his association with King Crimson and other groups won “Progressive Drummer Of The Year” for the first time. Similar to Portnoy’s victories in the “Drummer Of The Year” and “Best Metal Drummer” categories, Harrison shared the category with some formidable competition with Portnoy again taking second place, Danny Carey coming in third, Portnoy’s Dream Theater replacement Mike Mangini in fourth, and Blake Richardson in fifth place.

Let’s face it. Stanton Moore is one of New Orleans’ most in-demand drummers, which is no easy feat on Bourbon Street. So, it should come as no surprise to anybody in the industry that he has taken “Best Funk Drummer” again. And as in the other drum categories, Moore faced stiff competition from veteran funksters and up-and-comers, strutting past David Garibaldi, Dennis McKenzie, Dennis Chambers, and Chris Coleman.

“Stanton gets down and is considered a Cresent City great,” Hood said. “He definitely is a master of second-line drumming in its traditional sense and in contemporary settings.”

Barker is certainly no stranger to the Drummies. He has won numerous “Best Drummer” awards and in February 2011 was inducted into DRUM!’s hall of fame for his five wins in the “Best Punk Drummer” category. So far in 2011, his career is right on track. That’s why his victory as “Best Mainstream Pop” drummer is no surprise. Barker beat out Dominic Hayward, Daniel Adair, Rian Dawson, and Taylor Hawkins.

There were plenty of other fascinating additions to the 16th Annual Drummies List.

“This year many new faces got votes and finished as winners or runners-up,” said Dave Constantin, managing editor of Enter Music Publishing. “Artists like newcomer Arin Ilejay of Avenged Sevenfold, who won ‘Rising Star Of The Year,’ led a field of young drummers who entered the running for the first time.”

A Field Of First-Time Winners

Kris Myers of Umphrey’s McGee won for the first time in the “Jam Band” category, beating out stalwarts such as Butch Trucks of the Allman Brothers and John Fishman of Phish. Additionally, Dominic Howard, drummer of the huge chart-topping band Muse, was a first-time winner in the “Alternative Rock” category, and Tony Royster Jr. won in the “Urban/Hip-Hop” category. Also in the urban category was Aaron Draper, who has played with Common, Jill Scott, LL Cool J, and others, and walked off with a convincing victory in the “Live Performer Of The Year” category.

Rich Redmond of country hit maker Jason Aldean was a surprise winner in country. Benny Greb, well-known for his outstanding video from Hudson Music, was “Clinician Of The Year,” and the perpetually in-demand Josh Freese was an overwhelming choice for “Studio Drummer Of The Year.”

Hand Percussion Slaps As Well
A wide range of styles were represented in the hand percussion categories with Karl Perazzo of Santana taking “Percussionist Of The Year.” Umphrey’s McGee percussionist Andy Farag won the “Rising Star” award, and Jesús Diaz captured two awards for “Worldbeat” and “Percussion Clinician Of The Year.”

Enter Music Publishing experienced record-breaking voting returns in the 16th Annual Drummies. According to Surveymonkey, approximately 8,500 drummers cast 100,000 votes in the 42 categories that comprise the Drummies, as compared to the 6,500 who participated last year.

As previously reported, Enter Music Publishing attempted to alert drummers from a wide variety of backgrounds to participate this year through marketing and PR. The news was spread via email blasts, forum postings, and syndication through top music news sites. This pro-activity resulted in the record voting this year.

Enter Music Publishing would like to congratulate all the winners in the 16th Annual Drummies and thank all the drummers, other musicians, and fans who participated.

For a complete listing of all the winners, visit www.drummagazine.com/drummies. Those who are interested can find out there who won everything from “Best Drumming Web Site” to “Best Cymbal.” 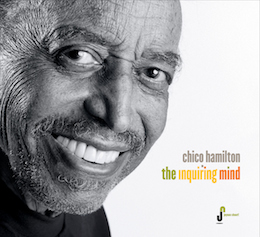