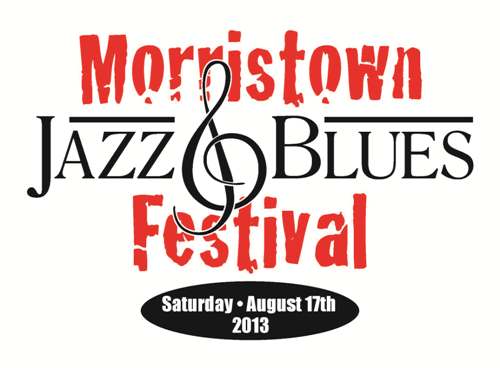 MORRISTOWN, NJ – For the third year in a row, Mayor Timothy Dougherty and the Town of Morristown will host a free all day concert on the Green on Saturday, August 17th. The annual Morristown Jazz & Blues Festival runs from noon until 10:00 p.m. and features legendary jazz guitarist Bucky Pizzarelli with guitar partners Frank Vignola and Ed Laub, young blues sensation Quinn Sullivan, the Jazz Lobsters Big Band, Rob Paparozzi and the Hudson River Rats and guitar master Johnny A.

“Thanks to many generous sponsors, I am pleased that we can continue this annual event for the town. Everyone can enjoy a great day of music at no cost to our taxpayers.” said Mayor Dougherty who initiated the festival in 2011. “The free event is not only a lot of fun, it is great for our local businesses and the residents who make our town so special.”

The music kicks off at noon with a performance by the Jazz Lobsters Big Band. This hard-swinging ensemble plays music that ranges from the Swing Era to contemporary Latin salsa.

They will be followed at 2:00 by the Guitar Summit which brings together jazz legendBucky Pizzarelli with two of his favorite guitarists, Ed Laub and Frank Vignola. An original member of the Tonight Show Band, Bucky has played with a long list of greats from Benny Goodman to Paul McCartney and is a member of the Jazz Hall of Fame. Frank Vignola’s stunning virtuosity matches Bucky’s distinctive style and is complemented by the strong swinging guitar work of Ed Laub.

At 4:00, Rob Paparozzi and the Hudson River Rats take the stage. Singer and harmonica player Paparozzi has worked with a remarkably diverse list of artists including Bruce Springsteen, Whitney Houston, B.B. King, Dr. John and Cyndi Lauper. He spent seven years as front man for Blood Sweat and Tears and toured with the “Original Blues Brothers Band” before launching his own group in 2011. Rob is considered by many to be one of the premier blues harmonica players in the country.

Following Rob Paparozzi is 14-year-old guitar prodigy Quinn Sullivan who drew two standing ovations at Eric Clapton’s Crossroads Guitar Festival in April. Quinn has been receiving rave reviews on his current tour with mentor Buddy Guy and is the youngest artist to ever perform at the Montreux Jazz Festival in Switzerland. His debut album will be released on June 18.

Closing the evening is the critically acclaimed guitarist Johnny A. With a superb style that blends the sounds of Wes Montgomery, Jeff Beck, BB King and Jimi Hendrix, this virtuoso guitarist leads one of New England’s most popular bands and often headlines at New York’s Iridium Club. He is in a class by himself and the perfect way to close an exceptional jazz and blues festival.

The Morristown Jazz & Blues Festival will take place on the Green in Morristown rain or shine from noon until 10:00 p.m. Admission is free and many local restaurants will be offering specials for festival attendees. Bring your lawn chairs and blankets. For more information, visit www.TownofMorristown.org.

Editor’s Note: Additional photos and interviews may be arranged by contacting Don Jay Smith of LKS Associates at 908-832-1020 or by email atdon@lksassociates.com.