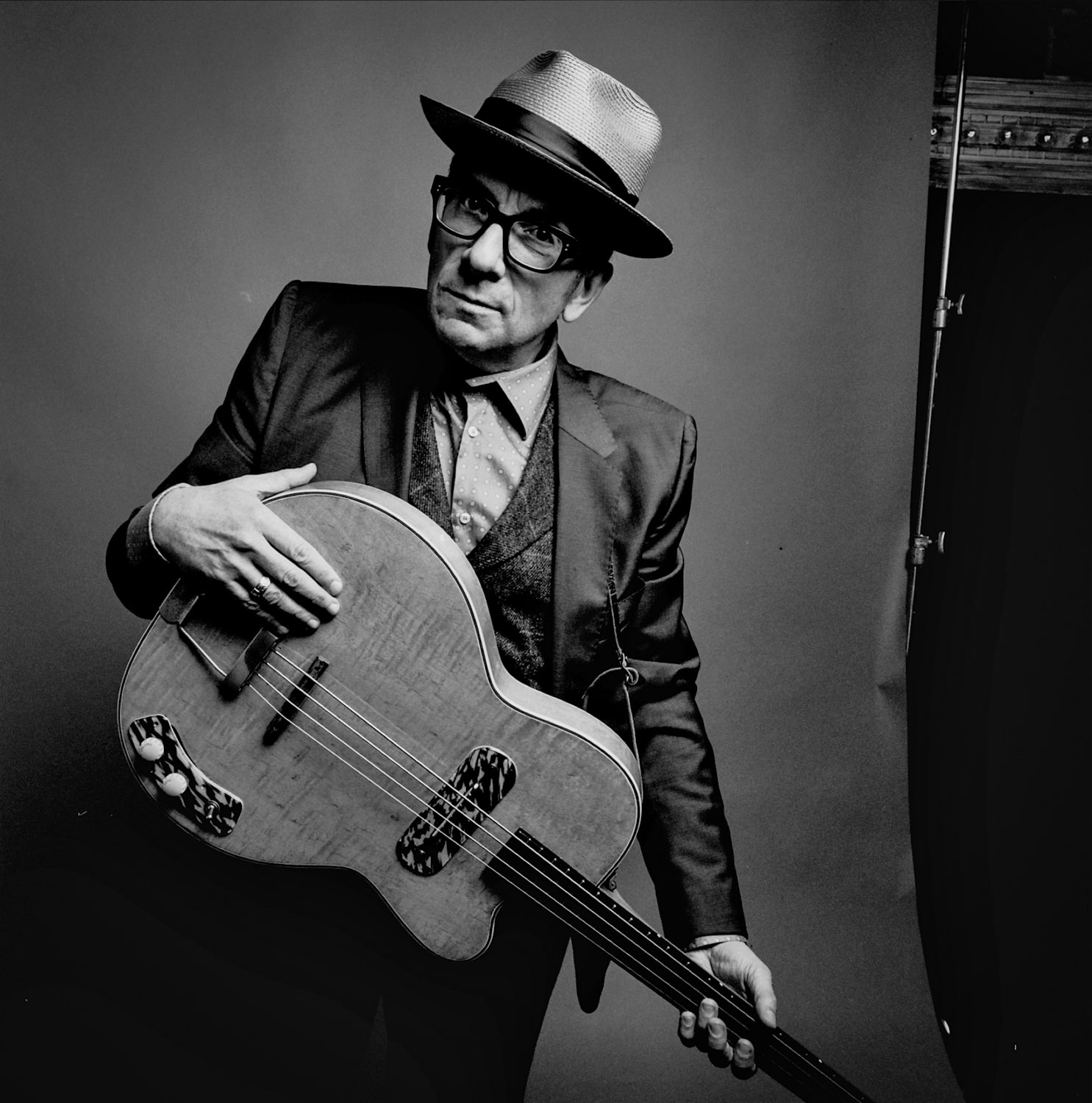 Costello to Receive Honorary Doctor of Music Degree from NEC

New England Conservatory welcomes legendary songwriter Elvis Costello to campus on Friday, October 25, 2013. After a morning of working in the classroom with songwriters enrolled in NEC’s Contemporary Improvisation program, Costello talks about his genre-spanning career in a public forum, moderated by Boston Globe pop music critic Sarah Rodman, at 2 p.m. in Jordan Hall, 290 Huntington Avenue, Boston, MA. The talk is free and open to the public. For more information, log on to http://necmusic.edu/elvis-costello-songwriter or call 617-585-1260.

Tickets will be available to the public starting on Monday, October 21 at the Jordan Hall box office, 30 Gainsborough Street, Boston, MA. One ticket per person. Tickets must be picked up in person at the box office. On October 25, tickets will be available at the box office until 12:30 p.m. After that, any remaining tickets will be handed out to people waiting in line outside of the 290 Huntington Avenue entrance for admission. Doors open at 1:15 p.m. Ticket holders must be in their seats by 1:45 p.m. to guarantee admission.

Costello will also be awarded an honorary Doctor of Music degree from New England Conservatory. Costello, who was inducted into the Rock and Roll Hall of Fame in 2003, is the fourth Hall of Famer — following Miles Davis, Aretha Franklin and Quincy Jones — to receive an honorary degree from NEC.

The son of a jazz trumpeter turned dance band vocalist, Costello cut his teeth as a performer on the folk club scene – the quintessential singer/songwriter proving ground. One of the first acts signed at the founding of the influential Stiff Records label, he began to capture attention as part of 1977’s punk rock wave, which acted as a flag of convenience for a variety of musical styles and intentions.

As early as 1978, Costello’s appetite for a broad range of musical collaborations and adventures was expressed in a solo recording of Rodgers and Hart’s “My Funny Valentine,” his appearance with country/blues legend Delbert McClinton at the Lone Star Cafe; his support of Rock against Racism; and his first character role in a feature film.

By 1986, Costello’s restless imagination produced an unprecedented concert tour that featured the “Spectacular Spinning Songbook,” which audience members spun to deliver the next song selection to be performed. The show returned to the stage in 2011 and has enjoyed five U.S. runs, appearances in Australia and Europe, as well as two comprehensive U.K. tours, the last of which culminated in a three-night engagement at the Royal Albert Hall in July 2013.

Costello’s songwriting collaboration with Paul McCartney yielded a dozen songs and the same number were written with Burt Bacharach appearing on the album, “Painted From Memory”, which they are currently adapting for the musical stage, along with entirely new compositions.

All the while, he has continued to work with early-days musical partners Nick Lowe, Pete Thomas and Steve Nieve.

The Juliet Letters, the 1992 song sequence composed with the Brodsky Quartet, was a turning point in Costello’s songwriting career, as he moved toward long-form writing featuring classical or non-traditional rock instrumentation.

Subsequent projects have included Purcell-inspired work for the viol consort Fretwork and countertenor Michael Chance; an orchestral score for the Italian dance troupe Aterballetto based on A Midsummer Night’s Dream, later revised for a recording with the London Symphony Orchestra conducted by Michael Tilson Thomas; an unfinished work based on relationships of Hans Christian Anderson, Jenny Lind, and P.T. Barnum commissioned by the Royal Danish Opera; a chamber music score for a storybook recording of Tom Thumb; Nightspot, a score for Twyla Tharp and the Miami City Ballet for Latin dance band and chamber orchestra; and songs for an abandoned Broadway musical.

In 2008, Costello made an entry in television presentation, hosting the interview and performance show “Spectacle” for the Sundance Channel; singing with his guests, Sir Elton John, Bono and The Edge, Renee Fleming, Smokey Robinson and Herbie Hancock and being heard in conversation with these and other guests from Lou Reed to President Bill Clinton.

In the last decade Costello has embraced jazz as part of his ever-expanding repertoire. His 2003 Deutsche Grammophon album North topped the Billboard Traditional Jazz chart, while his 2004 album Il Sogno topped the Billboard Classical Music chart. His 2006 collaboration with Allen Toussaint, “The River In Reverse,” peaked at #2 on the jazz chart and garnered a Grammy nomination for Best Pop Vocal Album. Never content to stop experimenting, Costello’s latest project Wise Up Ghost (Blue Note) has him teaming up with hip-hop/funk legends The Roots.