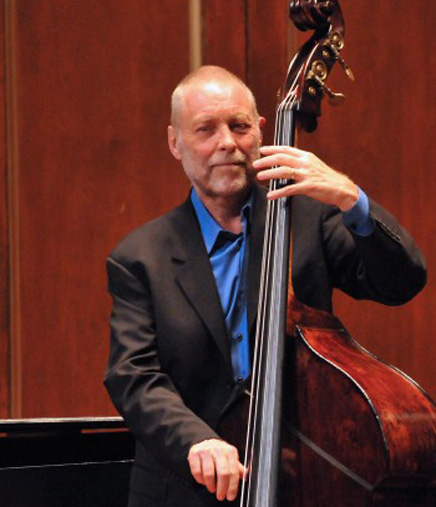 Join visiting artist-in-residence, renowned jazz bassist Dave Holland as he leads New England Conservatory jazz students in a performance of his music at 8 p.m. on Thursday, March 13 at NEC’s Brown Hall, 30 Gainsborough Street, Boston, MA. The concert is free and open to the public. For more information, log on to: http://www.necmusic.edu/music-dave-holland-0 or call 617-585-1122.

A master of tone and rhythm, bassist, composer, and bandleader Dave Holland is now in his fifth decade as a performer and his music possesses a rich and kaleidoscopic history. His path has led him from the frontiers of free improvisation to his modern ensembles that fully embody the Sam Rivers-instilled philosophy of “playing all of it.” The Wolverhampton, England, native got his big break from Miles Davis, with whom he played during the trumpet legend’s epochal Bitches Brew period. Solo, and in collaboration, Holland became a dominant voice in the 1970s – partnering with Rivers, and working with folk and rock musicians such as Bonnie Raitt and John Hartford, and even had a passing encounter with Jimi Hendrix. He formed his first working quintet in 1983, and released Jumpin’ In, and continued to develop other varied and fruitful relationships with artists such as Anthony Braxton, Stan Getz, Cassandra Wilson, Jack DeJohnette, Chick Corea, Joe Henderson, Thelonious Monk, Betty Carter, Pat Metheny, Kenny Wheeler, Bill Frisell, Roy Haynes and Herbie Hancock over the course of his career.

Awarded an honorary degree by NEC in spring 2004, that fall Holland began a series of residencies here in which he shares the many dimensions of his activities as soloist, composer, bandleader, and all-round musician.

Next post Steven Kroon New CD "On The One"