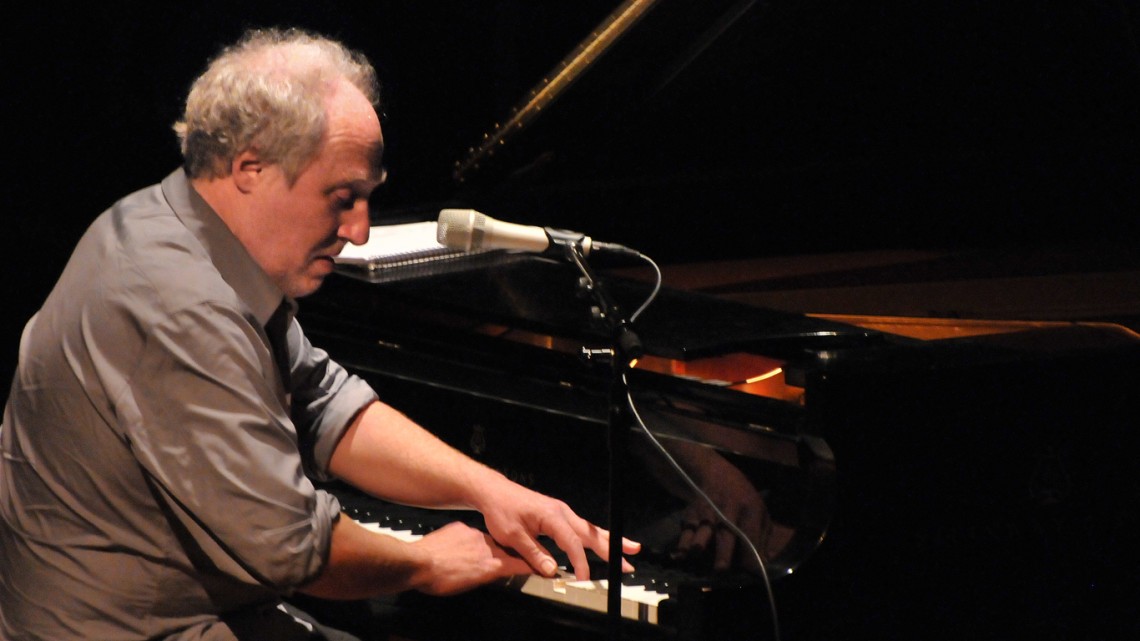 György Kurtág is a composer to whom thoughts and words are important: he often spins his music off of texts—by writers and thinkers ranging from Samuel Beckett to 18th-century scientist Georg Christoph Lichtenberg. This is also a man deeply dedicated to playfulness: the umbrella term Játékok (Games) has now been applied to 8 volumes of an ongoing series of his music for piano since 1973, and he has created Hommage works dedicated to a hall of fame where Robert Schumann and Nancy Sinatra provocatively coexist. One of the most anticipated new operas on the horizon is Kurtág’s setting of Samuel Beckett’s Endgame, which is now projected to be premiered in 2015. That this 88-year-old composer can continue to generate headlines with such an ambitious project is testimony to a long career that has combined playfulness, perfectionism, and a highly intellectual bent.

From the Sarajevo Jazz Festival to the Jewish Culture Festival in Krakow, Poland, Anthony Coleman’s musical odyssey has taken him through many cultures and led him to wear many hats as composer, improvising keyboardist, and teacher. Coleman joined the NEC faculty in 2006, returning to a school where he himself studied in the 1970s, during the birth of NEC’s Contemporary Improvisation program (then called Third Stream). In addition to his work as a studio teacher and ensemble coach, Coleman works with NEC’s Contemporary Improvisation students to organize a departmental concert each spring.

Coleman is featured on over 100 CDs including some 15 of his own, many on the Tzadik label. Coleman has presented his own work worldwide including performances at the Sarajevo Jazz Festival (Bosnia), North Sea Jazz Festival (Holland), Saalfelden Festival (Austria), and the Krakow and Vienna Jewish Culture Festivals. He has also toured and recorded with John Zorn, Elliott Sharp, Marc Ribot, Shelley Hirsch, Roy Nathanson, and many others.

His work has been commissioned and performed by a wide range of musicians/organizations including clarinetist David Krakauer/Concert Artists Guild, Relâche, The Crosstown Ensemble, Neta Pulvermacher and Dancers/Meet The Composer, Bang on a Can All-Stars/Jerome Foundation, TILT Brass Band. the Brecht Forum, Merkin Concert Hall, the Festival Banlieues Blues/Ensemble Erik Satie, ISSUE Project Room/ String Orchestra of Brooklyn and many others.