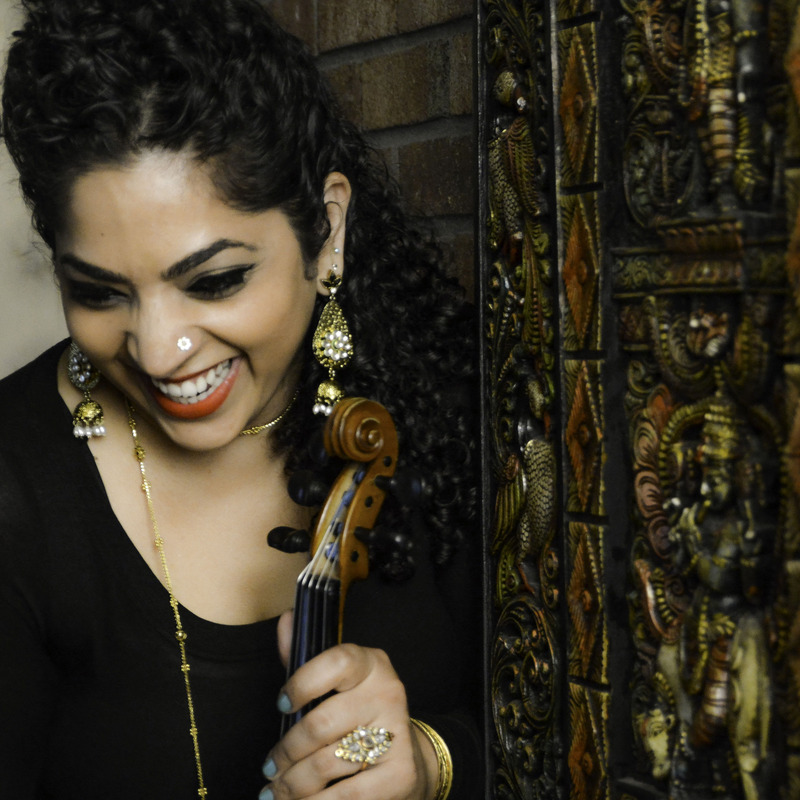 The music proceeds at a meditative and relaxed pace. Dominated by drones and the catchy backbeat of Grammy-nominated hip-hopper Christylez Bacon, Shivranjani is one of the CD’s jazzier pieces.

Jayanthi, co-composed by Raj and alto saxophonist Aakhash Mittal, smoothly negotiates the melody of a ten-beat rhythmic cycle. Though there are strong jazz improvisational aspects to this and other tracks, the young violinist never totally relinquishes her Hindustani classical music roots.

“Exit 1 is rooted in Hindustani music but its a crossover. It is the first stop on my musical journey. I don’t know where the music will lead me but that excites me. This is my first album and it documents all of the different collaborations so far on my journey.”

Nistha Raj was raised in Texas and began to study the violin at the age of nine, graduating with a B.A. (Honors) in music from the University of Houston. She plays in a jazz trio called The Fourth Stream and in a rock group known as NRI.