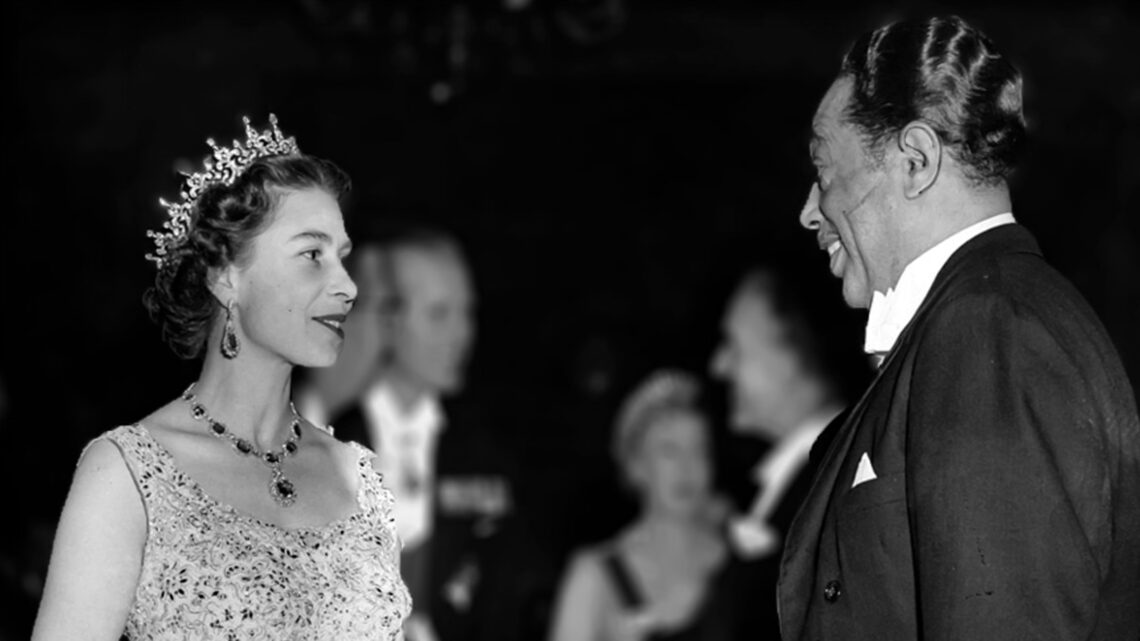 The evening will see Nu Civilisation Orchestra (NCO) perform a showstopping selection of Duke Ellington’s compositions, including The Queen’s Suite, inspired by his meeting with the Queen in 1958.

Led by gifted pianist, composer and musical director Peter Edwards, NCO will also present Edwards’ original piece Above and Beyond the Horizon.

Nu Civilisation Orchestra has performed Duke Ellington’s incredible repertoire numerous times, from the 2009 performance of The Queen’s Suite, to Ellington’s Sacred Music at the BBC Proms at Royal Albert Hall in 2019.

This June, NCO will reprise its 2009 The Queen’s Suite performance for a special evening as part of The Queen’s Platinum Jubilee celebrations. Joining the orchestra on double bass will be Gary Crosby OBE, recipient of The Queen’s Medal for Music and NCO founder and Artistic Director.

On 18th October 1958, Duke Ellington was presented to Queen Elizabeth II and the Duke of Edinburgh at a private reception to mark the centenary of Leeds Festival. So inspired was Ellington by this meeting that he promised to compose a suite in honour of the Queen. For 40 years, The Queen’s Suite, one of Ellington’s greatest and most beautiful works, was shrouded in mystery with the composer insisting only one copy of the recording be pressed and handed directly to the Royal household.

The piece remained hidden from the public until after Ellington’s death, before finally being premiered by the Bob Wilmer Orchestra in 1998.

NCO and Tomorrow’s Warriors Founder & Artistic Director, Gary Crosby OBE said “It’s a truly wonderful moment to bring back Duke Ellington’s seminal The Queen’s Suite with NCO in celebration of The Queen’s platinum jubilee. Across its 14-year history, Nu Civilisation Orchestra has been building an eclectic body of work, presenting audiences with stories worthy of great soundtracks and expanding musical scores, with contributions from the world of visual arts, film, dance and literature. It will be an extra special evening celebrating Ellington’s genius.”

NCO is ever shifting in size and scale, from a quintet to a 24-piece orchestra, and everything in between, with a vision of bringing soulful, socially aware artistic expression to classic repertoire across jazz and popular music. NCO is committed to increasing diverse representation in the orchestra setting, while showcasing exciting, cutting edge and eclectic new arrangements and compositions from some of the most exciting young musicians in the UK today.

Peter Edwards is the Musical Director and leader of NCO which comprises several members, including Edwards himself, who have come through the award-winning Tomorrow’s Warriors Learning Programme, which has a focus on supporting musicians from the black community and girls into successful, professional careers in music.

Tickets are available for purchase at this weblink.