Manifesto of an Angry Jazz Man

Where has the spirit of fresh creation in Jazz music gone since the death of Miles in 1991? It has disappeared. Sales of Jazz have plummeted. Live Jazz performances are more sparse and less attended than ever. But most importantly, a permeating sense of innovation is absent. This is the crux of the matter. Jazz is stagnant and therefore shriveling up. It is becoming something else – more of a museum piece. If you hear any Jazz broadcast over the airwaves, it is likely late at night for a few hours on a public radio station. And the show is probably a format that is limited to “straight-ahead” jazz classics from the past, along with others in the present who emulate those same sounds and styles. It is no longer a vibrant music that interests the segment of curious listeners that it once did. It is dead.

New Orleans Jazz. Swing. Bebop. Cool Jazz. Modal Jazz. Latin Jazz. Hard Bop. Fusion. Acid Jazz. Jazz has always been and will always be a fusion music: a music that fuses together multiple influences in a gumbo pot to create new flavors to improvise on. Even from its humble beginnings in the streets of New Orleans, jazz mixed influences of ragtime piano, European brass bands, music from the West Indes and French Cajuns, and the rhythms of Africa along with the 5 note scales that tribesmen likely borrowed from the Chinese centuries prior. Take it all to the streets and create something new to ignite a spark in the hearts of the public.

I won’t take you on a full tour of jazz history, but rest assured that the same concept of creating new sounds from existing influences repeats itself through each phase of Jazz, time and time again. Until now. More specifically, until the death of one Miles Dewey Davis. Miles was at the forefront of more major movements in Jazz than any other musician in Jazz’ history of over a century now. Until his dying day, and in failing health, he was found to be collaborating with a man of half his age in order to further fuse elements of Hip Hop into what is without question true Jazz music. All the defining elements of jazz are found throughout the Doo Bop album. These include: a focus on abundant improvisation, a high degree of musical technique, a wide range of interwoven sounds (tibres and textures), and varieties of intricate rhythmic patterns.

Miles was very averse to playing music that he had already covered prior. He would generally tour with a new set of music, playing it faster and faster over the course of multiple engagements in order to retain his interest, until at last he would abandon it completely – for something new. There was always something new; that was his focus. It took longtime friend and industry giant Quincy Jones along with the largest Jazz festival in the world to get Miles, near the end of his life, to play some tunes from his past at Montreaux. This trailblazing mentality served him and the world of Jazz well. Of course, it would have been impossible to achieve what he did without the strong and talented community of musicians and audiences around him. All the same, he was a true musical leader and visionary. He was always reinventing. My Jazz father-figure, a trumpet player and educator, told me of Miles coming to visit his New York apartment in the late 50s. They listened to various music and talked shop. Davis asked to “borrow” a box of records filled with classical works of various Impressionist period composers such as Debussy and Ravel. Of course, my teacher never saw the records again. He did, however, hear their influence in Miles’ subsequent recordings.

What is Jazz really? There is an old joke about two men walking along and one of them steps in something. He says to the other “Looks like it. Smells like it. Tastes like it. Yep, that’s what it is!” Even though it has defining characteristics, Jazz is what we make of it; what we create of it. There are those of you who will say that Miles later music was not indeed Jazz. There are always the purist naysayers, and they have stifled the genre. The same jazz mentor of mine that I mentioned above used to tell me about his own father, an early Jazz musician that maintained that no real Jazz was created after 1930. In a reference to the melodic practices of Beboppers, he would say “We don’t flat our fifths, we drink ‘em!” Some even today would agree with him! These voices need to be ignored in the interest of moving the genre forward. There are many that would be happy to have Jazz turned into a curated oddity, much in the same way Classical music has largely been stripped of its vitality. Over the past years, Jazz, like Classical music, has been relegated to relying on government funding to stay on life-support, producing only remembrances and recreations of styles far past their heyday. I for one am not content with Jazz in effect entering its retirement home to simply die slowly as we come to visit it now and again.

Some will point to a certain artist or group making advances and changes in Jazz. There are still, without question, innovators here and there. That is not what I am writing about. A few scattered individuals will not help Jazz rise up as a phoenix from the ashes. Others would point to Jazz studies programs in colleges and universities around the world. For students majoring in Jazz performance, they do indeed learn a lot about the wonderful treasure trove of musical styles, interpretations, mechanics, and spirit from Jazz’s past. Do they learn how to innovate the music? Questionable. Do they learn how to make a sustaining living for themselves as a performing musician, moving the genre forward. Decidedly not. They exit higher education ill-prepared to work as an artist in the real world of music. Others would point to the advent of technology. Nowadays, you can purchase any Jazz song you like almost instantly, listen to streaming feeds, share files and music socially with online communities that didn’t exist until recently, connecting with people around the world. Indeed. What has this done to move the music forward? The highest selling Jazz album for online purchase continues to be Davis’ “Kind of Blue”, year in and year out. The internet radio streams play classic tunes to appeal to purists. The communities rehash their love of the classics ad nauseum. The advent of technology has taken Jazz nowhere in a hurry.

Perhaps I am seeing the past through rose-colored glasses since I didn’t live through the height of the era. Perhaps the gemstones that defined Jazz’s past exist largely because of a few industry executives of prominence who we should be thankful for, such as Alfred Lion, Rudy Van Gelder, and the Manhattan bar and club owners. I think it goes further than that, though. Jazz’s vibrant past owes thanks to musicians and listeners who, like the business people mentioned, were willing to take RISKS. They took risks that didn’t always pay off right away. “Kind of Blue” was panned by critics upon release. Coltrane’s early abstract work drew hostility from all angles. Diz and Bird practically caused a revolt among established Jazzmen. These were some of the risks that paid off. The listening and musical community came around to support them, whether through album purchases, experimenting with new styles of playing, or by showing up to performances holding signs emblazoned with the slogan “To Be or Not to Bop, There is No Question!”

Jazz began as a folk music – a music of the people. Folk music is music invented by communities of poor people and a great gift to the world. Jazz will never again become a folk music, at least not in the western world. Here in the United States in the information age, the disadvantaged have arrived at Hip Hop as their folk music of choice for the foreseeable future, and with good reason. Jazz, however, can again indeed become a music with life and vitality; a music that evolves and changes; a music that interests, intrigues, and challenges. While I am not necessarily asking for the next Miles Davis to stand up, or for the record executives to find her or him, I am asking for the community of Jazz musicians, listeners, industry executives, and writers to stand up collectively. I am asking them to spread their wings. I am asking them to abandon what has not been working and start over from scratch. I am asking them to engage the listener and each other to make a Jazz music that is truly new. Don’t abandon the core concepts that define Jazz as mentioned above, just give it a reboot. I am asking us to acknowledge and put into practice that Jazz, true Jazz, has always been and will always be fresh and new.

Maroon Corey is a Jazz vocalist and composer in Richmond, Virginia. As a tribute to Miles Davis and a musical commentary on the state of Jazz, he has posted a remix of Davis’ song “Fantasy” to YouTube with new lyrics – 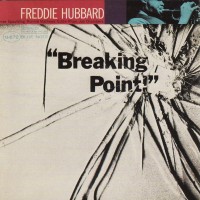