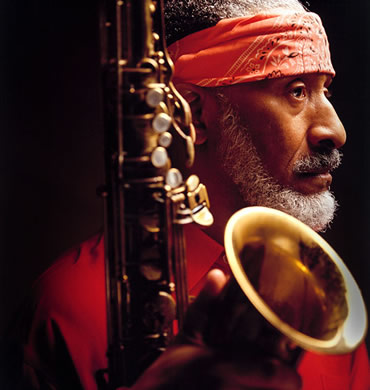 Bret Primack, aka the Jazz Video Guy, was awarded Best Short Form Jazz Video at the Jazz Journalists Association annual ceremony this weekend for his video Sonny Rollins – Getting It Back Together.

Since he began working with Mr. Rollins as his website and new media producer nearly six years ago, Bret has produced over one hundred videos featuring the Saxophone Colossus and his associates.

His latest video, Sonny Rollins Meets Ornette Coleman, is a trailer for “Road Shows, Vol. 2,” a compilation to be released by Doxy / Universal on September 13th. This one’s a bit different,” Bret explains, “because I’m going for a much more dramatic effect here, not using the music from Sonny Rollins@80, but instead something that recalls Carmina Burana.”

“Some people have asked, why don’t you do a feature length documentary on Sonny? With hours and hours of performances and interviews at my disposal, I could do that, but in order to reach as many viewers as possible, I’ve chosen YouTube to be the vehicle for my work,” Primack reports.

View the Award winning video: Sonny Rollins – Getting It Back Together