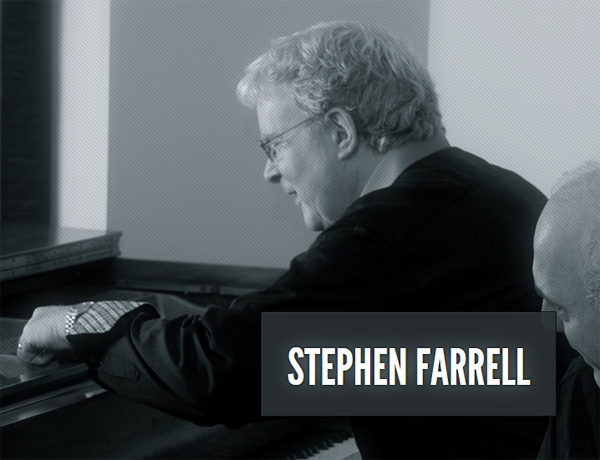 For Immediate Release: January 21, 2014; Just in time for the month of romance, Montreal-born singer, songwriter, and musician Stephen Farrell releases his debut single “My One True Valentine.” Available on iTunes on February 7, 2014, the song encompasses undeniable love and is the perfect song for Valentine’s Day.

Being happily married for over 20 years, “My One True Valentine” was written as a love song to his wife, Madeleine. It tells the story of two people who fall in love but cannot be together for years due to prior commitments. It is only until they are able to finally be with each other, that their freedom to explore love grows.

“When we met I felt that we connected immediately and that I would love her for as long as I live, even though there was no way for us to be together at that time” says Farrell.

“My One True Valentine” reflects an intimate time in his life and is also a personal favourite of his daughter, as it tells the story of how she came to be. The song also features Gary Schwartz on guitar, Perry Pansieri on drums, Dave Gelfand on upright bass, David Ryshpan on acoustic grand piano, and backup vocals by Farrell’s one true valentine, Madeleine.

Fellow musician and founder of PNP Jazz, Pansieri is thrilled to have Farrell’s single be a first release on the record label. “We feel that this song deserves to see the light of day. Being that Valentine’s is nearing, the timing seemed right. It’s the perfect Valentine’s song. This is one example of the variety of styles that are on Stephen’s debut album. We are proud to have him aboard and to have him as our first signed artist.”

After forty creative years of collaboration with musicians, personal artist development, and taking on various roles as a guitarist, singer/songwriter, pianist and musical director, Farrell has declared that it is finally his time to shine. He will debut his first solo album on March 25, 2014 and will provide a stream of individual songs leading up to the official album release.

Next post HISTORY OF JAZZ BY LARRY RENI THOMAS