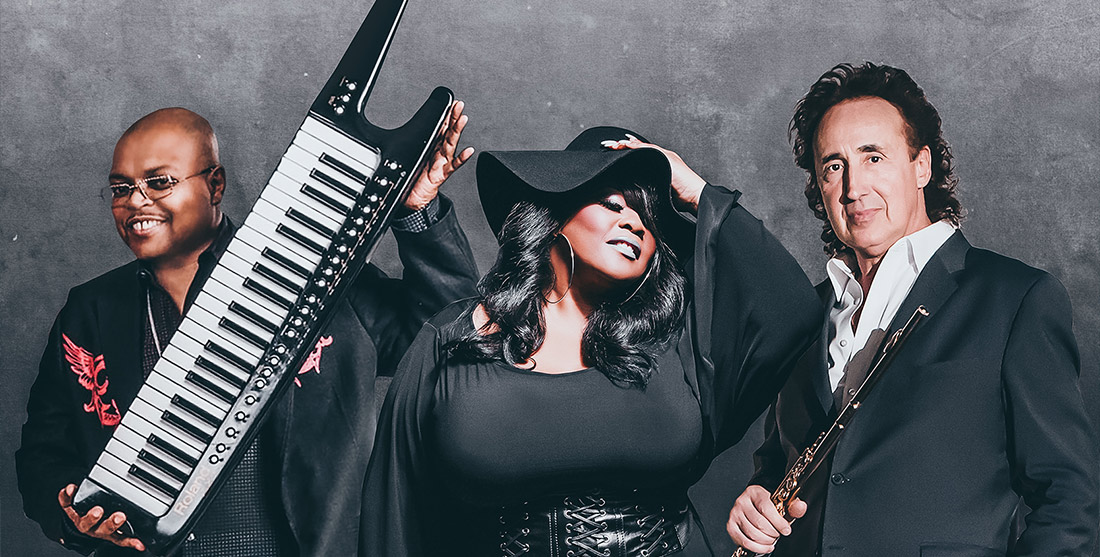 Maysa, the former backup singer in Stevie Wonder’s female group Wonderlove, quickly made the leap to lead singer in the British mega group Incognito. Now with 14 highly charted solo albums, this Grammy Nominee, and Soul Train “CENTRIC” award winner will release her 2022 “Music for Soul” album this summer. Maysa, who has performed for Machelle Obama, has distinguished herself as a vocalist in the Jazz and R&B worlds.

Master keyboardist James Lloyd is founder, and current member of the internationally acclaimed Contemporary Jazz and R&B super group Pieces of a Dream. James has performed and co-produced 20 albums with the group on Electra and Shanachie labels. He currently has released his first solo album on the Schanachie label entitled “Here We Go”. James transforms his “George Duke- like” energy into a unique dynamic of his own, sure to be one of many highlights in the show.

Discovered by Bob James, leader of the group Fourplay, Alexander Zonjic has released 12 solo albums, served as morning drive host for the long time Smooth Jazz station WVMV Detroit, and currently hosts a half hour TV show that airs Sundays at 10PM on WADL TV-38.  His latest 2020 release “Playing It Forward” enjoyed its first single “Motor City Sway”, an infectious R&B groove, was the most added on the Billboard charts. The album was produced by 2019 Grammy winner Jeff Lorber.