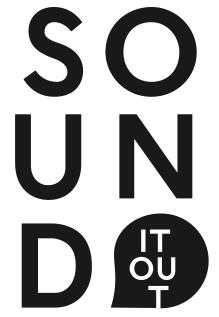 Some of New York’s Most Exciting Jazz Musicians Gather for Multiple Sets and Joint Encores Across Four Nights at Greenwich House –
$20 per night, with All Profits Going to
the Venerable Greenwich House Music School

The Sound It Out 1st Anniversary Hot House Festival & Fundraiser for Greenwich House Music School – taking place Thursday July 18 through Sunday July 21, 2013 – celebrates the first year of the Sound It Out series at Greenwich House, along with raising money for the venerable music school. The New York Times has called Sound It Out “reliably rewarding,” while Time Out New York has described the concert series as “thriving.” (See at bottom for a list of past performers in the series.) Some of New York’s most creative improvisers and jazz composers will be coming together for the festival, generously pitching in for two or more sets per night and anything-can-happen joint encores – see the nightly schedule below. During the festival, the Greenwich House Music School will also host an art show by Steven Byram, designer of classic album covers from the Beastie Boys to Tim Berne (and creator of the Sound It Out logo and 1st Anniversary Hot House Festival poster). Photos by Eliseo Cardona will also be displayed from the past year of Sound It Out. There will be wine and whiskey tastings, too, plus other goodies.

Tickets are $20 per night, available at the door; all profits will go to help fund the activities of the Greenwich House Music School, which is located at 46 Barrow Street, half a block west of Seventh Avenue South (212-242-4770, www.greenwichhouse.org).

Sound It Out
Beyond the festival, upcoming events in the Sound It Out series include a double-set performance by the powerhouse trio of Tamarindo, featuring Tony Malaby, William Parker & Nasheet Waits, on July 31; and it’s a rare piano-duo performance by Craig Taborn & Gust Burns on the paired Steinways at Greenwich House, on August 3. For additional coming attractions, see the Sound It Out concert schedule below; and there are more exciting shows being added – go to www.facebook.com/sounditoutnyc.

Established in 1905, Greenwich House Music has long been a focal point of the downtown arts scene, with pivotal figures from Henry Cowell, Edgar Varèse and John Cage to Meredith Monk, Joan La Barbara and Morton Subotnick linked with the institution. Singer-songwriter Steve Earle and guitarist Jorma Kaukonen have performed at Greenwich House, and jazz has a history there, too: Varèse and composer Earle Brown, collaborating with saxophonist-producer Teo Macero, hosted an improvisation session in 1957 with a group that included such players as Art Farmer and Charles Mingus. More recently, the Jazz Composers Collective held important concerts at Greenwich House in the ’90s. Sound It Out, founded by series curator Bradley Bambarger in June 2012, aims to continue this tradition by hosting musicians from jazz and other venturesome genres, further binding Greenwich House Music with progressive scenes across New York City. For more information about Sound It Out, contact Bradley: 917-805-8747; bradleyb3@earthlink.net.

Tickets per night: $20 (all profits go to the venerable Greenwich House Music School)

The powerhouse trio of Tamarindo with Tony Malby, William Parker & Nasheet Waits will break in new material at Greenwich House just prior to going into the studio to record their third album.

Pianists Craig Taborn and Gust Burns play a rare concert together as a duo on Greenwich House’s paired Steinways.

Pianist Matt Mitchell unveils his full series of “Etudes” with drummer Ches Smith to celebrate the release of his debut studio album on Pi Recordings.

The great trio of saxophonist Tony Malaby, keyboardist Angelica Sanchez and drummer Tom Rainey – each a master of the music – will perform to celebrate the release of their first studio album together.

Master bass players Mark Helias and Mike Formanek join for an evening of virtuoso bottom end, with each playing a 30-minute solo set and then joining for an explorative duo encore.

The Rosetta Trio – Stephan Crump with Liberty Ellman and Jamie Fox – will play music from their sophomore album.

Past performances in the series:

Next post Emmanuel Waldron: A man for all musical seasons