Award Winning Contemporary Jazz Funk Ensemble, SounDoctrine has released their brand new digital single, “After All” via their website. The Jim Couchenour penned ballad featuring saxophonist Michael Austin and guitarist Mike Donadio will also be available at iTunes and Amazon, but the band has chosen to ignore Spotify and Pandora.

“We’ve decided to keep our new songs off of those sites that devalue music by maintaining Unfair Pricing Policies toward the Songwriters & Artists upon which their business models are built,” says drummer and producer, Jere B. “Musicians should preserve the option to set their own prices or in choosing to give their music away.”

“After All” is available for just $0.89 cents at the SounDoctrine.com website.

The digital single which also features arranger Frank Walton on keyboards and bassist Dylan Waters was recorded and mixed by Jerry Thompson at Listen Studios in Girard, Ohio. This new release sets the pace for SounDoctrine’s highly anticipated project, “Source,” which will be released in the Spring of 2015. 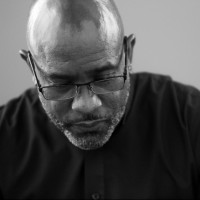