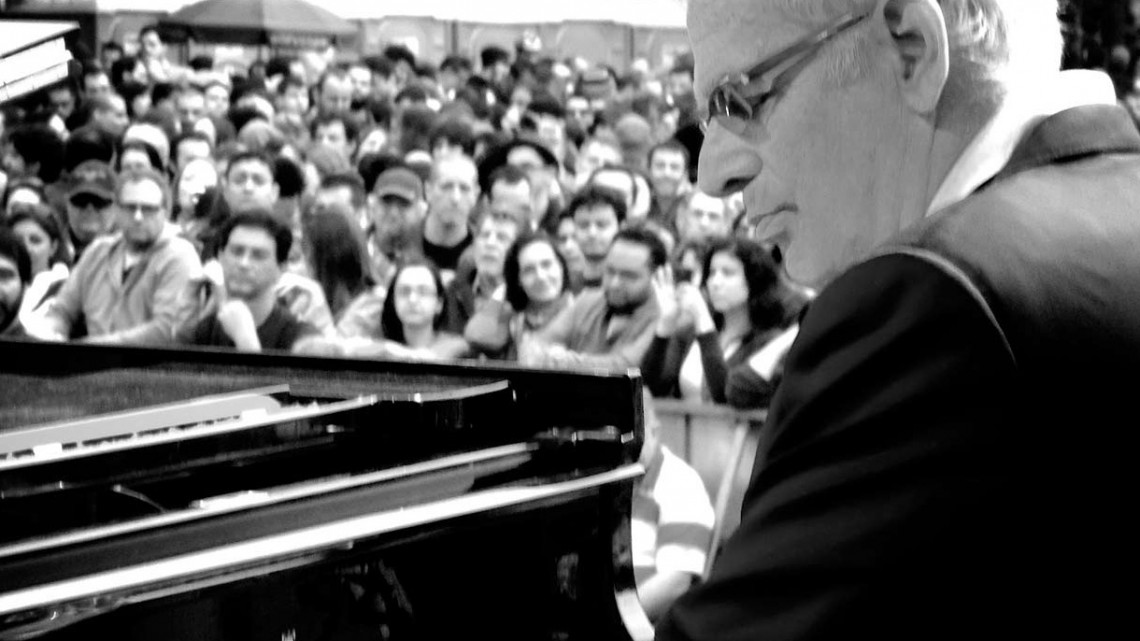 “I’ve always considered music to be a bridge to the spirit world…I perceive music with an architectural bent — add and subtract — everything is connected.” – Lawrence Sieberth

Pianist, composer, and producer Lawrence Sieberth is at home in virtually any musical setting. While based in jazz, Lawrence’s musical vision is not limited by genre barriers—he prefers to integrate the many facets of music and performance into an engaging, inclusive experience. His own neo-bop improvisations and experimental inclinations combine with his classical and world music influences providing an extensive musical vocabulary for both performances and compositions for television, film, and stage.

Lawrence Sieberth’s transcendent 2009 album New New Orleans finds him literally center stage, a solo piano set wherein traditional New Orleans jazz pieces get a brilliant surveying with some judicious modern overtones sprinkled throughout them. That same year saw the far side of the spectrum via Arkipelago, an album exploring the area(s) where the ethereal overlaps with the earthy, where fevered fantasy coalesces with funk, the Second Line strolls Alpha Centauri. In the most recent album ‘It’s Magic’ in collaboration with singer Germaine Bazzle, Sieberth’s exemplary skills as accompanist come to the fore—songs such as “Bye Bye Blackbird” and “Sophisticated Lady” are not merely covered but made anew, the notes dangling from his fingertips as if they were dipped in honey.

His local ensembles vary from New Orleans traditional to questing improvisations, from the avant-garde to mainstream jazz and R&B. He has performed at virtually every venue in New Orleans, from small clubs to the annual New Orleans Jazz & Heritage Festival where he has been a regular featured artist and musical director of over 30 years. His collaborations with notable local performers include: Johhny Adams, Charles Neville, Leslie Smith, Tony Dagradi, Jeremy Davenport, John Vidacovich, Luther Kent, Leah Chase, Topsy Chapman, Herlin Riley, Brian ‘Breeze’ Cayolle, Victor Goines, and Jason Marsalis.

He presently performs and tours with Gerald French & the Original Tuxedo Jazzband, Germaine Bazzle, and Lena Prima (daughter of the legendary Louis Prima) with whom has just released a Christmas cd playing duo with Lena on vocals

Lawrence Sieberth has been a commissioner on the Louisiana Music Commission and was honored by New Orleans Magazine (1998) as outstanding contemporary jazz pianist. His CD Heartstrings was chosen by Jazziz (1995) in their ‘Keyboards on Fire’ special issue. Lawrence has received numerous grants including the Louisiana Artist Fellowship Award and the 2009 Asante Award and is a recent recipient of the Community Partnership Grant sponsored by the New Orleans Jazz & Heritage Festival.

Dukes of Hazard as pianist with Willie Nelson

Green Lantern as pianist as well as arranger of music

Music Director for Hats: the Musical

Music Director and Arranger of The Joint’s Jumpin,’ a New Orleans R&B Revue

Music Director and Arranger of The Warehouse Revisited, a rock retrospective

Composer of soundtrack for the 1996 Olympic Passing of the Torch