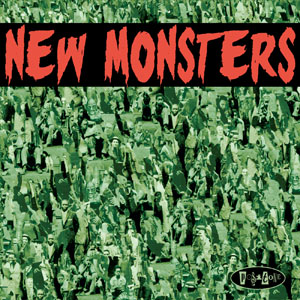 San Francisco Bay Area bassist Steve Horowitz of The Code International amid copious projects with largely cutting-edge instrumentalists leads a manifold progressive-jazz effort, augmented by the artists’ ‘monstrous’ chops. With a superfine lineup, featuring reedman Steve Adams of ROVA notoriety and tenor sax ace Dan Plonsey who gets credit for writing all the original pieces on this album, the program offers an abundance of disparate structural components.

Horowitz’s pliant electric bass lines elicit a traffic-cop perspective. And on “Journey to the East,” he lays out a firm bottom-end for the saxophonists’ swirling choruses, tinted with plaintive cries and nods to the free-zone. Here, pianist Scott Looney circles the frontline to create a closed-loop element. Otherwise, the band morphs John Coltrane’s “India” with Eric Dolphy’s “The Red Planet into a fire and brimstone gala, centered on an open-air sound. However, in other regions of the program the ensemble generates toe-tapping grooves and enacts vivid imagery of the legendary beast Bigfoot, partly due to Horowitz’s animated intro that sparks imagery of the monster brooding through the mountain forests.

Simply stated “New Monsters” is an unanticipated surprise that should theoretically find its way on many best-of lists for 2012. Thankfully, Horowitz and associates tender a modern jazz refresh of sorts, providing a much needed contrast to the rolling waves of ho hum, kiddie bop. – Glenn Astarita