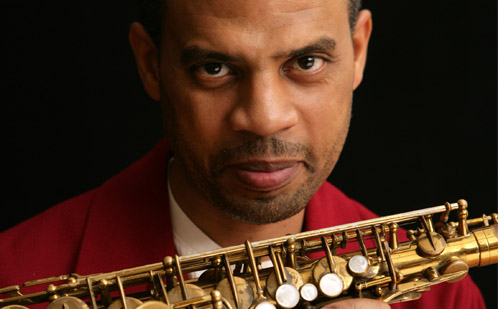 Jazz saxophonist Steve Wilson has confirmed his return to New York’s Village Vanguard for August 6-11. At the upcoming shows, Wilson intends to bring his quartet Wilsonian’s Grain (featuring Orrin Evans, Ugonna Okegwo and Bill Stewart) into the spotlight, using these concerts as a ‘launching point’ as he establishes the band as his current working quartet.

In January, the band played at the University of FL in Gainesville, it was this gig that cemented this idea for Wilson. “The band’s performance was exactly as I had envisioned for this quartet, employing the comprovisational element — improvisation and composition, i.e., the group’s spontaneous composition and improvisation elements. This enables the group to explore any of the tunes from different perspectives with every performance so that the music is in effect a sketch that we can paint a different image of with each performance. This is the band – Orrin, Ugonna and Bill – with whom I want to explore this territory.”

Wilson, one of the most most respected and acclaimed musicians in the business, recently spoke with ALL ABOUT JAZZ regarding what he perceives as a crisis in Music Education. Read the engaging article, here: http://www.allaboutjazz.com/php/article.php?id=44834&pg=1#.Udw88zlblUQ

Wilson’s 12/12 visit to the Village Vanguard yielded a live concert broadcast on NPR, a full-page feature in the NY Daily News (written by Greg Thomas,) a stellar Time Out NY Photo Preview Pick, and more. Time Out NY praised: “Whether he’s the leader or a sideman in a given situation, seeing Steve Wilson’s name on a jazz bill is as close to a guarantee of quality as you’ll ever find.”

As always, Wilson’s busy schedule of touring, collaboration and guest appearances continues, and a full itinerary follows below.

NY DAILY NEWS
FULL-PAGE INTERVIEW FEATURE by Greg Thomas, 12/3/12
http://www.nydailynews.com/entertainment/music-arts/saxophonist-steve-wilson-takes-lead-village-vanguard-article-1.1212513
Steve Wilson is known as a super-professional sideman, but now he takes the lead at the Village Vanguard

Time Out says: Whether he’s the leader or a sideman in a given situation, seeing Steve Wilson’s name on a jazz bill is as close to a guarantee of quality as you’ll ever find. Like so many sax greats before him have done, Wilson hits the Vanguard with a trio—but there’s a catch. He’s working with pianist Renee Rosnes and bassist Peter Washington, no drums allowed. Expect chamber jazz of the most soulful sort.

Here’s a story re Steve Wilson’s recent performance in Gainesville.

Wilson earned saturation media coverage for his 50th Birthday celebration at New York’s Jazz Standard. He featured six different bands over six nights, and each set during the birthday week saw lines out the door. The diverse shows each reflected a different stage of Wilson’s evolution into what NPR describe as “one of the finest saxophonists in the business.”