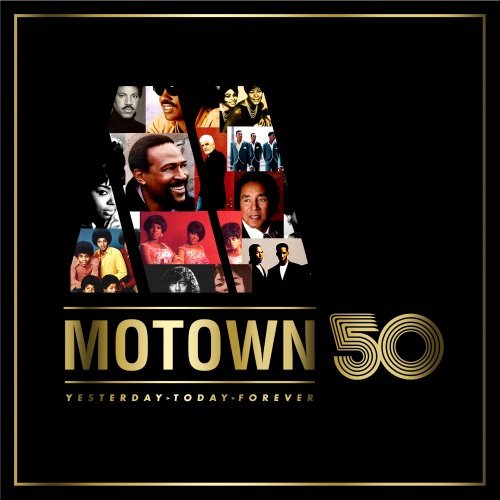 LOS ANGELES–In honor of the 50th anniversaries of The Supremes and The Temptations, two of popular music’s most celebrated and socially significant singing groups, Universal Music Enterprises (UMe), which manages the classic recorded catalog of Motown, announced today it will mark the historic Detroit label’s musical achievements with a series of key CD and DVD releases this fall in both physical and digital formats that will incorporate rare tracks and long-awaited previously unreleased footage of the two groups.

In addition, for the first time in decades, original Supreme Mary Wilson and the Temptations will perform together for a select group of key activities with details to be announced shortly.

Both The Supremes and The Temptations started out together as members of teen “brother-sister” groups, eventually signing recording contracts with Motown in 1961, which launched careers that changed not only the sound and style of pop music but smashed racial and cultural barriers in America and around the world. Their songs defined a generation: The Supremes with “Baby Love,” “Stop! In The Name Of Love” and “Love Child,” and The Temptations with “My Girl,” “Get Ready,” and “Cloud Nine.” They also recorded together, hitting with “I’m Gonna Make You Love Me,” and co-headlined two groundbreaking TV specials.

During the tumultuous Sixties and early Seventies, the Temptations moved smoothly from classic love songs to songs of relevance, approaching topics otherwise missing from pop singing groups. At the same time, The Supremes notched breakthroughs for African-Americans and for African-American women on stage and on television. Both groups brought people together, no matter their race, becoming more than merely the most successful vocal groups of their time but cultural icons. Both are inductees of the Rock and Roll Hall of Fame and unanimously hailed among the greatest artists of the rock era.

·        Diana Ross & the Supremes / 50th Anniversary: The Complete Singles 1961-1969, a 3-disc set featuring every A- and B- side from their beginning, when they were known around Motown as the “no-hit Supremes,” through their record-breaking triumphs, their 12 No. 1 hits, ending with their extraordinary decade-ending smash “Someday We’ll Be Together.”

·        The Temptations / 50th Anniversary: The Complete Singles 1961-1971, a 3-disc tribute to the original classic Temptations lineup, featuring every A- and B- side from their beginning, through their respective triumphs, including “My Girl,” “I Can’t Get Next To You” and “Just My Imagination (Running Away With Me),” closing with the departures of original members Eddie Kendricks and Paul Williams.

·        More Hits By The Supremes: Expanded Edition, a limited edition 2-CD set featuring the original hit album, first issued in 1965, newly remastered in both original mono and stereo, plus two more albums’ worth of unreleased and rare tracks from the “girls” in their prime. It’s another in a continuing series of expanded versions of the group’s original classic albums available on Motown/Hip-oSelect.com

The relationship between Berry Gordy’s Motown label and The Ed Sullivan Show made music and television history. Showcasing the latest label release on CBS on Sunday nights was a defining way to expose Motown’s artists and boost the show’s ratings as well, bringing the “Motown Sound” to living rooms across America. One great Motown group after another was introduced on Sullivan’s show, which averaged 35 million viewers, and his brief chats with the artists led to a greater acceptance of African-American performers by the general public.

Today, The Temptations and The Supremes continue to be an essential component of the Motown legacy. The Temptations’ recent DVD release, Get Ready: Definitive Performances 1965-1972, is currently double platinum, and their recent ICON CD has already sold more than 100,000 copies. The Supremes’ DVD release, Reflections – Definitive Performances 1964-1969 is now platinum. Fifty years since the group’s first crossed Motown’s threshold, original fans as well as new fans confirm with steady sales that the true artistry and talent of the Temptations and The Supremes is ageless and timeless.