THE 44TH EDITION OF THE FESTIVAL D’ÉTÉ DE QUÉBEC: A MUSICAL PLANET 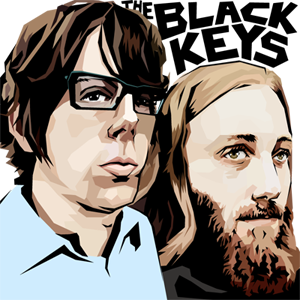 Quebec City, April 27, 2011 – For the 44th consecutive year, the capital will be grooving to the beat of the Festival d’été de Québec this July. The two Festival weekends already promise to be hot, and the news that Elton John and Metallica are playing the Festival is making waves across Canada and the U.S. and even as far away as Sweden.

“We aimed to stand out, to be major players on the big events scene, to attract top names and to promote Quebec City. We did it and we’re proud,” said Nancy Savard, chair of the board for the Festival d’été de Québec. “A lot of Quebeckers now plan their vacation around the Festival and more and more people from outside Québec watch for our program and want to come.”

With the names that are added or confirmed today, the Festival promises once again to be a huge success!

THE OPENING EVENING
Is this becoming a tradition? Again this year, the Festival d’été de Québec will open in song and in French. Stars from Québec and France will join in tribute to the best-loved songs of generations of fans. This year, multi-talented Gregory Charles will co-host the show with French TV celebrity Daniela Lumbroso. The names of the artists lined up for this event will be released in May, but we can already confirm the presence of Francis Cabrel. Recorded for television and broadcast primetime in Québec on Télé-Québec, in France on the general interest channel France 3 and in 200 countries on TV5 Monde, this event is a priceless showcase for Québec.
“If the Festival d’été de Québec is known worldwide for its international stars, it is also hugely popular throughout the French-speaking world. No one has ever before produced a variety show as big as this, and with as many francophone artists, for television,” explained Daniel Gélinas, general manager of the Festival d’été de Québec. “Last year’s show was seen by over three million viewers. This show is great publicity for Québec as a whole.”

PLAINS OF ABRAHAM — BELL STAGE
Rock on… is the expression making the rounds on social media about the programming for the Festival’s main stage.
On July 8, Ben Harper kicks off. Known for his happy blend of folk, blues, gospel, funk and reggae, the American guitarist and singer-songwriter has moved more toward rock in recent years. A new album, with two tracks produced with Ringo Starr, is coming out in May.

Sir Elton John, as was announced, will play on July 9 in a concert that promises to make history! Accompanied by his five musicians, the British superstar will perform his greatest hits as well as songs from his latest album, The Union, composed with Leon Russell.

The Black Keys, with Girl Talk and Cage the Elephant opening, will take over the stage on Sunday, July 10 for an evening of rock, electro and blues. The American duo won three Grammy Awards this year, including Best Alternative Music Album for Brothers, and Best Rock Performance by a Duo or Group with Vocals for Tighten Up.
Simple Plan, who had the crowds on their feet on the Plains in 2005, are back on July 11. A fourth CD should be released in the next few weeks. An excerpt, recorded in duet with Rivers Cuomo, the singer for Weezer, is already out and the band has plans for a French song with Marie-Mai. Opening for Simple Plan will be Dropkick Murphys from Boston, whose sound shows influences from traditional musique irlandaise, punk hardcore, oi! and folk rock.

Marie-Mai, Québec’s rising star, who has already a few record CD sales and several trophies to her name, will play on July 12. Sparkling, dynamic and bursting with energy, the young singer has got a supershow planned, with guest artists, special numbers and dancers. Her fans are going to love it! François Duchesne, Philémon chante, Agnès Beauregard and Midnight Romeo, all from the Pro program at Ampli de Québec, a training and production space for young musicians, will be opening the show.
Québec will rock wall to wall on July 13 with Jonas & The Massive Attraction, Michel Pagliaro and Éric Lapointe, who hasn’t played the Festival since 2006, to top off the evening! These three rockers will be taking the Plains by storm with their own shows plus a few numbers together with Lapointe.

Jean-Pierre Ferland is coming out of retirement for just three performances, including the Festival d’été de Québec on Friday, July 15. For the first part of the show, directed by Denis Bouchard, with scenery, chorists and guests, the “petit roi” will sing songs from Jaune, the legendary album that had such an impact 40 years ago in Québec. And for his and everyone’s pleasure, Ferland will wrap up the evening with his greatest hits. The perfect choice to warm up the crowd— Les Charbonniers de l’enfer.

July 16, it’s a dream come true for many, with Metallica coming to the Plains. Quebec fans have always been crazy about Metallica, and they won’t be disappointed because the American metal band will be playing their greatest hits. Celebrated guitarist Joe Satriani and Quebec City’s own Dance Laury Dance will be opening the show.
Finally for a rocking finale to these 11 days, none other than John Fogerty, on July 17. First known as the leader of the rock band Creedence Clearwater Revival (CCR), he is also a long-time-singer, songwriter and solo guitarist.

As programming director Dominique Goulet said, “With this program, a succession of legendary rock stars, socially active artists, new talent, and other lesser-known but always interesting performers share the same stage, not to mention the international names that will put Québec on the list of the world’s top festivals.”

PARC DE LA FRANCOPHONIE — MOLSON DRY STAGE
Two favourites are back at the Parc de la Francophonie this year: Death From Above 1979 and Champion et ses G-Strings. The two musicians in the Canadian band, Death From Above 1979, who split up in 2006, have gotten back together for just a few shows. They played at Coachella in California two weeks ago and will be in Quebec City to close the Molson Dry stage on July 17, with the Québec band, Malajube, up first. As for Champion, who says he’s no longer sick, he promises as great a show as ever! He’ll be playing July 13, after Gatineau and Random Recipe, two Québec hip-hop and indie-rock bands open the evening.

“We are privileged, ” remarked Dominique Goulet, “because these artists, who will only be putting on a few shows this summer, wanted to come to the Festival d’été de Québec.”

There will be something for everyone during these 11 days of music: some good hard rock to start, with Bleeker Ridge, 10 Years and Hollywood Undead and Jimmy Hunt and Galaxie later in the week; poetry in many forms, first with the French slammer Grand Corps Malade and Douze Hommes Rapaillés, a moving tribute to Gaston Miron featuring 11 Québec singers. Habana Café will sweep us away with its Latin beat, and an entire evening is dedicated to the blues with Oli Brown, Matt Schofield and the phenomenal Buddy Guy. There’s also a hip-hop night with Manu Militari and Booba, who the rappers Alaclair Ensemble will open for.

Country fans will have a warm welcome for Patrick Norman, who will be preceded on stage by Lisa Leblanc, the winner of the Festival international de la chanson de Granby 2010. And finally, British singer and actress, Marianne Faithfull, is sure to charm spectators with this, her first appearance at the Festival.

PLACE D’YOUVILLE — LOTO-QUÉBEC STAGE AT PLACE METRO
This lively and colorful stage has the well-earned reputation for getting people up and dancing to world beat at its best!
Watch for Hollywood film star Tim Robbins, who won an Oscar and two Golden Globes for his roles in The Player and Mystic River and who now sings folk music with The Rogues Gallery Band and for rock’a’billy queen Wanda Jackson, whose latest album was produced by Jack White, formerly of the White Stripes.
The American bands The Klezmatics and Grupo Fantasma, both Grammy winners in recent years, will pull in the crowds, as will Omar Souleyman, a musical legend from Syria who gives traditional music a pop sound, and everyone loves Afrocubism and its Latin-American version of African beat.
Thomas Fersen will be closing the stage on the last evening, preceded by Ours, whose father’s last name is Souchon…a talent to discover.

“When you add up all the Québec artists who will be playing on the Festival’s three outdoor stages, I think you can say without question that Québec’s biggest artists will be at the Festival one way or another this summer,” general manger Daniel Gélinas said in closing. “We have always aimed at creating events. Some years it’s possible, others not, and when we can do it in French like this year with the opening show, the tribute to Gaston Miron, and Ferland, we can say mission accomplished.”

INDOOR SHOWS presented by Groupe Voyages Québec
There will be more great indoor shows again this year at the Cercle, the Impérial de Québec and the Largo Resto-Club. To date, a few names have been confirmed for the Impérial, including Duchess Says, An Horse, Who Are You, Cut Copy, Emilie Clepper, The Low Anthem, Annihilator, Sword, Mark Bérubé and The Patriotic Few, Dawes, M. Ward, Kim Churchill, Karkwa, Gaëtan Roussel, Alejandra Ribera, Emilie-Claire Barlow and Buck 65.

The remaining names on the lineup for the indoor shows will be announced in the next few weeks.
The programming for the Arts de la rue Loto-Québec, the activities at Place de la famille le Lait and the remaining names on the program will be announced in early June.
For further details on programming, Festival fans can go to the Festival website at www.infofestival.com.
The Festival d’été de Québec is presented by Bell in collaboration with Molson Dry.

Previous post Jazz Season and the Fine Art of Photography