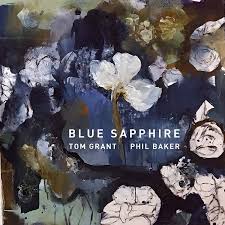 Tom Grant, master instrumentalist, talented singer and natural entertainer, nimbly walks the line between jazz tradition and modern pop. This soft-spoken Oregon native’s inspired songwriting produces propulsive R&B grooves, infectious melodic hooks, and stylish ballads with equal ease. He plays jazz piano with the harmonic sophistication and deep sense of swing that only comes from more than four decades on the bandstand. As one of the Pacific Northwest’s most renowned musical artists, Tom Grant’s career achievements reflect his unique ability to embrace the full spectrum of contemporary music.

After graduating from the University of Oregon and a short stint as a high school teacher, Tom answered his musical calling. Native American saxophonist Jim Pepper took Tom to New York in 1970 to do a recording project that included the chant classic Witchi Tai-to. That album (Pepper’s Pow-Wow, Embryo Records) featured Tom with jazz stars such as Bill Cobham (drums) and Larry Coryell (guitar). During the 70’s, Tom played with jazz luminaries like trumpeter Woody Shaw, saxophonists Joe Henderson and Charles Lloyd. His most life-changing gig was with drummer Tony Williams who himself transformed the 1960’s Miles Davis Band both musically and commercially into a worldwide jazz phenome-non. With Tony and bassist Patrick O’Hearn, Tom recorded and toured worldwide from 1978-1980.

In the 80’s and 90’s Tom was considered by many to be the father of the Smooth Jazz sound, recording albums on major labels including Verve, Shanachie and Windham Hill. Several of these shot to number one on the Smooth Jazz charts. Internationally renowned bass player Phil Baker has been a member of Pink Martini since 2003, appearing with the band across the globe and alongside some of the most acclaimed symphony orchestras in North America. One of the West Coast’s premiere bass players, he’s been recorded on over one thousand jazz, rock, pop and blues albums. Baker toured with Diana Ross for nine years, appearing with her on The Tonight Show and sharing the stage with her during her legendary concert, “Diana Ross – Live At Central Park.”