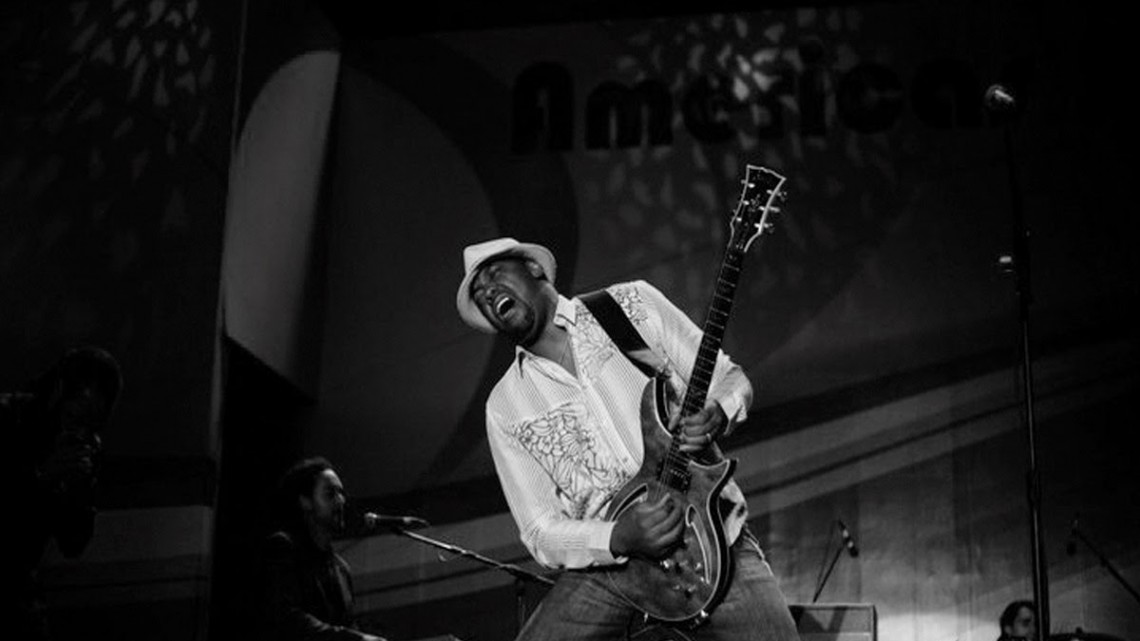 Sam Phillips, Founder of Sun Records once stated, “The blues, it got people – black and white – to think about life, how difficult, yet also how good it can be. They would sing about it; they would pray about it; they would preach about it. This is how they relieved the burden of what existed day in and day out.”  What Sam is saying is that the blues are and always will be the roots of our soul, without the mask of predjudice and human social imperfections.

The Blues sets the foundation for humankind’s journey whichever road one may be on at the time thus grasping the story of mans explorations through music. It’s all about the “feel” of each other’s narrative and that which is beyond our individual crossroads. This is the art of Howlin Wolf  in his time and the Tomas Doncker Band in our time.

Moanin At Midnight, The Howlin Wolf Project is an fusion of Global Soul and The Howlin Wolf Blues set to the attitude of Tomas Doncker. The many styles and musical moods of Mr. Dunker makes his band a perfect fit for the project as he is known to do others work but in a most pioneering way.

Albeit a tribute spin, it transmits the approach of Doncker in the fashion that he does take his Global Soul demeanor and inject it randomly between the music sheets. I asked Doncker to define his genre Global Soul and he states it this way, “The sound of our collective conscious. The unified rhythm of heart beats creating positive and a spiritually uplifting force… for good. Musically speaking it is not genre specific, but in fact genre inclusive. It is the best of what we have to offer to each other, from the Delta to Brooklyn to Ethiopia, and everywhere in between.”  This is what I have defined in the past as the World Blues Psyche, such like Pura Fe and Taj Mahal going global with the soul of the blues. His music speaks to the masses worldwide…

I also spoke to the popularity of his music as it pertains to the US versus Europe, Doncker spoke to it this way, “Well, it’s no secret that blues music has always been more appreciated and much better received outside of the U.S. In fact, Black American culture-from Josephine Baker, James Baldwin, Howlin’ Wolf and of course Jimi Hendrix has always been welcomed away from it’s native soil.” He expanded his thoughts even further, “Howlin’ Wolf (and of course the song writing genius of Willie Dixon) has always been a major influence on us. Power and elegance personified…! It’s a good sign for contemporary music when you see such artists as Jack White and The Black Keys rising in prominence. They certainly have been very influenced by the Blues and of course…Howlin’ Wolf. It’s undeniable.” This statement just strengthens the belief of how powerful jazz and blues influenced and still does all artists past and present, from all corners of the globe. As his current project does!

Tomas Doncker’s Moanin At Midnight, The Howlin Wolf Project is an exploration in sound from heavy string seduction of “Spoonful” which brings back waves of the 60’s to the heavy and deep feeling mouth harp injection of “I Ain’t Superstitious” as it finds itself escorting the keyboard intro which has all the feel of down home blues.

This is a very special tribute with each cut a mastery of the blues historical feel. A must for any blues shelf or for that matter, serious collector of innovative sound and eclectic arrangments!