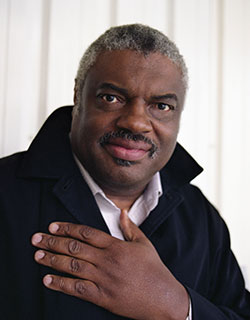 A tribute concert for the late Mulgrew Miller, the internationally acclaimed jazz pianist and composer who served as director of jazz studies and professor of music at William Paterson University from 2005 until his death in May, will be held on Sunday, September 22 at 4 p.m. in Shea Center on the University’s campus in Wayne. All proceeds from ticket receipts and donations will benefit the newly established Mulgrew Miller Scholarship Fund.

Miller remains one of the world’s most influential jazz pianists. He was a veteran of tours and recordings with such ensembles as Art Blakey and the Jazz Messengers, three years with the Woody Shaw Quintet, three with the Mercer Ellington Orchestra and over six years with the Tony Williams Quintet. He has been featured on over 400 recordings, made his first recording as a leader for producer Orrin Keepnews’ former label, Landmark, and later recorded on the RCA Novus label. He toured throughout the world and in 1997, was invited to tour Japan with an assembly of some of the most prestigious names in jazz piano–a group of ten pianists called “100 Gold Fingers” including Tommy Flanagan, Ray Bryant and Kenny Barron.

He was also a member of the Contemporary Piano Ensemble, a unique group consisting of four pianists performing with a rhythm section. Other innovative projects included his duos with Danish jazz bassist, Neils-Henning Ørsted Pederson, his commission to compose a special work for the Dayton Dance Company and his student workshops. He was currently performing worldwide with his own Trio, and his five-piece group Wingspan, as well as with the groups of bassists Ron Carter and Dave Holland.

William Paterson University’s jazz program is among the most respected jazz programs in the country with students coming from all parts of the United States and all corners of the world to study with William Paterson’s artist/faculty of world-class New York-area jazz professionals. The program recently celebrated its 40th anniversary.

Admission is $15, $12 for senior citizens and members of the William Paterson community.  Admission for William Paterson students is free. For information, contact the Shea Center Box Office at 973-720-2371.   INFO HERE