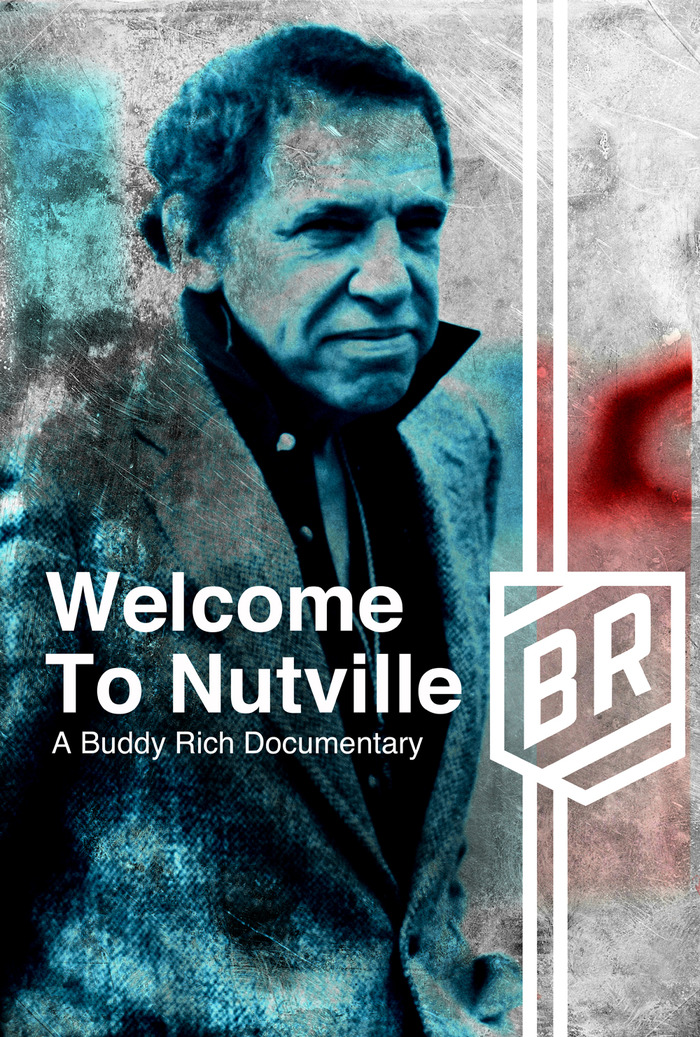 To donate to the fund please check out our kickstarter: http://www.kickstarter.com/projects/mbm/welcome-to-nutville-a-buddy-rich-documentary
Cathy Rich, Brian Morgan and Alex Kluft have teamed up to bring you;  Welcome to Nutville a journey into the life and after life of Buddy Rich. Who was Buddy Rich might you ask? He was arguably the greatest drummer in the existence of this planet. He started playing drums at the mere age of 18 months, was the 2nd highest paid child at the age of 3, known as “Traps the Drum Wonder.” Buddy Rich was even in The Muppets. The list of accomplishments kept on going through the entire span of his life and continue to grow to this day!
Buddy was best friends with Johnny Carson and Frank Sinatra, he has inspired many drummers including Neil Peart, Travis Barker, Dave Weckl, Chad Smith, Todd Sucherman (whom all we will be interviewing) and many others to become the drummers that they are today. Not only did Buddy inspire drummers but he inspired athletes, actors, late night talk hosts and MANY others. Jerry Seinfeld included jokes based on the life of Buddy Rich. In today’s modern world Buddy continues to leave his traces by making cartoon appearances in the TV shows The Simpsons and Archer. David Letterman has a drum solo week on his show which is inspired by Buddy’s appearances on The Johnny Carson Show.
I’ve told you enough about Buddy! We need your help to make his life into a documentary. It’s not cheap to make a film and we’ve got A LOT of awesome interviews planned including Buddy Rich’s Wife. We’ll be interviewing the names I’ve mentioned already along with people who were in the band, friends of Buddy’s, the guy who recorded the famous Buddy Rich bus tapes and many more!
Technical aspects of the film… A lot of the documentary has already been shot on film. 😉 We’ll be working on getting HD transfers of all of that footage. We’re also looking to shoot this film on the D16 Digital Bolex, Red Epic and the Panasonic GH2. If we can get a decent budget, we’d like to shoot some more on Super 16mm film for aesthetic purposes. We’ve spoken with a few film festival coordinators and they’re all very eager to get this into their festivals. Please make it happen by supporting our film! 🙂
We have a lot of great incentives. Tim Maeder, a good friend of ours made a few different covers for the film. We’ve selected one for the actual movie poster. The others will be released as LIMITED EDITION prints.