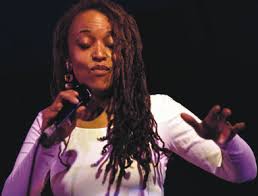 The busy, expanding, thoroughly-satisfying jazz scene in what is called the “Triangle” area of the Piedmont section of North Carolina just keeps getting better and better. Who needs the New York or the D.C. jazz scene when everybody seems to be coming this way? The area can boast of several venues that present jazz like, C. Grace’s, Irregardless Café, Brasa’s, Sullivan’s and Bia in Raleigh; The Beyu, The Carolina Theatre, Motorco Music Hall, Blue Note Grill, Durham Jazz Workshop and the Hayti Heritage Center in Durham; and Piola’s, Weaver Street, The Station, The Second Wind and The Arts Center in Chapel Hill/Carrboro. The scene is also enhanced by the music presented by the three main universities in the area: Duke University in Durham (Duke Performances, www.dukeperformances.duke.edu), North Carolina State University (Center Stage, www.ncsu.edu/centerstage) and The University of North Carolina at Chapel Hill (UNC-CH) (Carolina Performing Arts, www.carolinaperformingarts.org).

In addition, other area colleges and universities present live jazz and have outstanding jazz studies program and jazz ensembles. North Carolina Central University (NCCU) in Durham has nationally-acclaimed, award-winning jazz ensembles, under the direction of saxophonist, Dr. Ira Wiggins. They have performed at The White House twice and at The Montreux Jazz Festival in Switzerland. Durham resident saxophonist Branford Marsalis was recently an artist-in-residence at NCCU, and vocalist Nnnena Freelon, who also lives in Durham, has been featured at several of NCCU jazz events.

A good sign that the Triangle jazz scene is growing is the very pleasant emergence of organizations dedicated to jazz: The Art of Cool Project in Durham, The North Carolina Jazz Listening Group, Time and Tide Productions and The Triangle Jazz Society, which has been around since 2005. In April 2014, The Art Of Cool Project presented an excellent two day concert affair that was a tremendous success that featured a host of all-star musicians, including Hubert Laws, The Clayton Brothers, Nnenna Freelon, Christian Scott, Bilal and others. The local music lovers are still talking about it and can hardly wait for the 2015 edition of The Art Of Cool Festival to come around.

The area is also fortunate enough to have two 24-hour jazz radio stations, NCCU’ s WNCU-FM, Durham (which will be celebrating its 20th anniversary in 2015), and Shaw University’s WSHA-FM, Raleigh, and WFSS-FM, in nearby Fayetteville, at Fayetteville State University. Other radio stations, such as WCOM-FM, Chapel Hill-Carrboro’s community station, Duke University’s WXDU-FM, and UNC-CH’s WXYC-FM, also program jazz music. WXYC-FM , WNCU-FM and WSHA-FM have all held jazz concerts this past year.

This robust, contagious wonderful jazz activity makes for a jazz scene that is just as hip as any scene in the nation, or the world for that matter. Where else, can you hear radio stations playing the music day and night, experience live jazz in the clubs, colleges and the universities, and have an abundance of jazz studies programs in almost all of the area’s institutions of higher learning, including high schools? Jazz heaven maybe. This Triangle jazz community is enjoying jazz heaven very well. It also knows its jazz music and all will smile and be highly pleased with the upcoming, splendid, variety-packed 2014-15 jazz music season.

The fall jazz season gets started when The Pat Metheny Unity Group , comes to the area, August 9, at The Carolina Theatre, Durham. On August 22, The Rebirth Brass Band and Dumpstaphunk performs at UNC-CH’ s Memorial Hall. There are two concerts to choose from on September 5: Hot Sardines at Talley Student Union on North Carolina State University’s campus and an event called The Campbell Brothers Play John Coltrane’s A Love Supreme at The Hayti Heritage Center in Durham, North Carolina. Next up, The Fifth Annual Hillsborough Jazz Festival on September 13, featuring trumpeter Tom Browne (who lives in the Triangle) and others, will take place in that Orange County town. On September 16, the Senegalese superstar Youssour N’ Dour and his dynamic band will be featured at Memorial Hall, UNC-CH. Four days later, September 20, The Fourth Annual Apex Jazz Festival, in suburban Apex, outside of Raleigh, is scheduled to take place, with groups that include Jamrock Reggae Band and The Will McBride Group.

On October 8, 2014, Jazz At Lincoln Center Orchestra with Wynton Marsalis, is scheduled to perform, at Memorial Hall, UNC-Chapel Hill. This group’s appearance in the area is fast becoming an annual almost always sold-out event. On October 18, a program called The Bad Plus Play Ornette Coleman’s Science Fiction, is slated to take place at Baldwin Auditorium, on Duke University’s East Campus. The same night, the San Francisco Jazz Collective will be performing twice (5 pm and 8 pm) at Titmus Theatre, on North Carolina State University’s campus.

November jazz concerts include what should be one of the highlights of the season with a much-anticipated event on November 6, with pianist Allen Toussaint and The Preservation Hall Jazz Band, appearing at The Carolina Theatre, Durham, North Carolina. The sultry, excellent vocalist Dianne Reeves returns to the area on November 16, to perform at Memorial Hall, on UNC-CH’s campus. Another fine vocalist and composer, Brazil’s pride and joy, Milton Nascimento, is also scheduled to be on the same stage in Chapel Hill, North Carolina, on November 22, 2014.

The Carolina Performing Arts’s “Jazz For The Holidays” withThe North Carolina Jazz Repertory Orchestra at Memorial Hall, UNC-CH, is slated for December 8, 2014. Three days later, on December 11, The Brad Mehldau Trio, will be presented by Duke Performances, at Baldwin Auditorium.

The spring season of jazz programing in the Triangle should start the new year of 2015 off with a righteous bang. It begins, January 30–31, with The Branford Marsalis Quartet , at Reynolds Industrial Theater, Duke University. On February 13, vocalist extraordinaire Kurt Elling returns to the area to perform at Reynolds on Duke University’s campus. Irving Mayfield and the New Orleans Jazz Orchestra comes to town on February 15 to entertain at Memorial Hall on UNC-CH’s campus. Jazz fans will have two superb gigs to choose from on February 20: the boss drummer Brian Blade and The Fellowship Band in Chapel Hill and the seasoned pianist Jason Moran and Bandwagon, along with the dance ensemble Ronald K. Brown/Evidence, who are scheduled to be at Reynolds Theatre (Duke University) that night and the next one (February 21) as well. Six days later, another event that should draw a packed house, will feature the venerable, award-winning, innovative reedman, Anthony Braxton and his quintet.
On March 20 and 21, the exciting violinist, Detroit native, Regina Carter and her group makes a return appearance in the area when she graces the stage at Titmus Theatre on the campus of North Carolina State University, Raleigh, North Carolina Finally. the queen herself, the one and only , the wonderful gifted vocalist Cassandra Wilson is slated to be at The Carolina Theatre in Durham, North Carolina, April 14. 2015. This is sure to be a sell-out! Advice: Get your tickets early!

Whew! What a fine, fruitful, uplifting jazz season 2014-15 looks to be in the Triangle area of North Carolina and one that will get better and better as time goes by. We’ve gone full circle. Jazz musicians used to leave the state. Now there coming back to the place where Trane, Monk Max, Nina and Percy were born. The music is alive and well in North Carolina and the proof is in the pudding. Viva the Carolina jazz connection!