Steve Wilson New CD Release. Random Act Records will donate 10% of the proceeds of his recording to The Ana Grace Project. 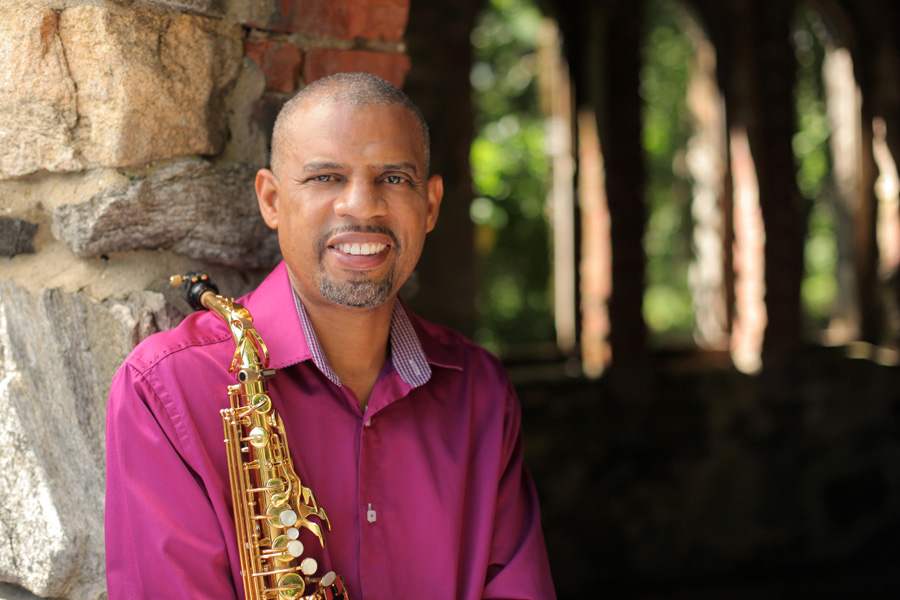 Wilson has just announced that he and Random Act Records will donate 10% of the proceeds of his recording to The Ana Grace Project. Ana Grace was the daughter of Jimmy & Nelba Greene, and was a victim of the Sandy Hook shooting (Jimmy Greene is a tenor saxophonist and a close friend of Steve Wilson’s.) This project offers a positive response to the tragedy, and one of the things they are doing with contributions is buying musical instruments for schools.   Wilson comments: “I am proud and humbled to partner with The Ana Grace Project. This is a cause that is close to my heart and timely in its mission of promoting love, community, and connection for every child and family. For every Wilsonian’s Grain CD that is purchased, we will donate 10% of the proceeds to the project. We urge you to visit anagraceproject.org for more information, and we encourage you to pass it on to your friends and family. I extend to you my deepest gratitude for supporting our music, and for supporting the Ana Grace Project. Love Wins!”

Steve Wilson has a busy touring schedule for the months ahead, and a full schedule, along with other current news, may be seen here: www.stevewilsonmusic.com . A selection of upcoming appearances includes: Side Door Jazz (Old Lyme, CT) on Sept 18, Vermont Jazz Center (Brattleboro, VT) on Sept 19 with Wilsonian’s Grain (Orrin Evans, Ugonna Okegwo and Clarence Penn). Steve and Lewis Nash are playing duo at Jazz at Kitano in NYC on Oct 9 & 10, and Steve has been invited to lead an All-Star Quartet in Hamamatsu Japan on the Yamaha Jazz Festival on Oct 25th (Steve endorses Yamaha saxophones).

More about the recent album release:
In an enthusiastic Jazziz album review, Sascha Feinstein highlighted the “adventurous, exhilarating performance,” and says that Wilson offers “bright, authoritative, searing” alto. DownBeat’s Michael Jackson praised, “The deep sync of this driving quartet is indisputable, and this exciting live date is clearly enjoyed by the crowd at the Vanguard, who whoop and holler…” The favorable national magazine attention is anchored to Wilson’s first new album release in over 12 years: ‘Steve Wilson & Wilsonian’s Grain Live in New York: The Vanguard Sessions’. The recent CD, Wilson’s first on Random Act Records, features tracks recorded live at the Village Vanguard in mid-2014, and showcases Wilson along with the great talents of Orrin Evans on piano, bassist Ugonna Okegwo and Bill Stewart on drums. WBGO’s Tim Wilkins said, “Wilsonian’s Grain is jazz at its finest – in conception, execution and spontaneity.”

In addition to being Wilson’s first headlining release since 2003’s ‘Soulful Song’, the recent album marked a number of other ‘firsts’: Wilson’s first time doing a live recording as a leader, first time recording at the historic Village Vanguard, and first time/debut recording with his ‘go-to-band’, Wilsonian’s Grain. The project was also partially financed thanks to the support of 214 contributors to Wilson’s first-ever Kickstarter campaign.
Wilson’s goal for the recording was to capture the distinctive vibe of performing in the Village Vanguard. The room is famous for it’s wonderful, warm sound, and Wilson’s aim was to capture that essence for the listener. To add to that, the tracks on this recording were chosen and sequenced to reflect his approach to planning a live concert set. Wilson wants fans to “sit back, push play, close your eyes, and enjoy this live experience in the comfort of your own home.”

Wilsonian’s Grain’s first gig was at the Kennedy Center Jazz Club, October 17, 2008. It was recorded by NPR and appeared on JazzSet with Dee Dee Bridgewater the week of April 2, 2009. They also appeared on WBGO’s The Check Out with Josh Jackson, recorded at the Village Vanguard in March of 2010. They have performed together regularly in the years since.
​
“Wilsonian’s Grain, a post-bop quartet that channeled the saxophonist’s best qualities — selflessness, a fresh and well-made take on the tradition, and the ability to reference a broad spectrum of strategies and styles without falling prey to pastiche or sacrificing an original voice. “ Detroit Free Press
Wilson was interviewed on NY-1 TV News in conjunction with the abovementioned recording sessions at The Village Vanguard:  http://www.youtube.com/watch?v=4_8VoNEwKFY