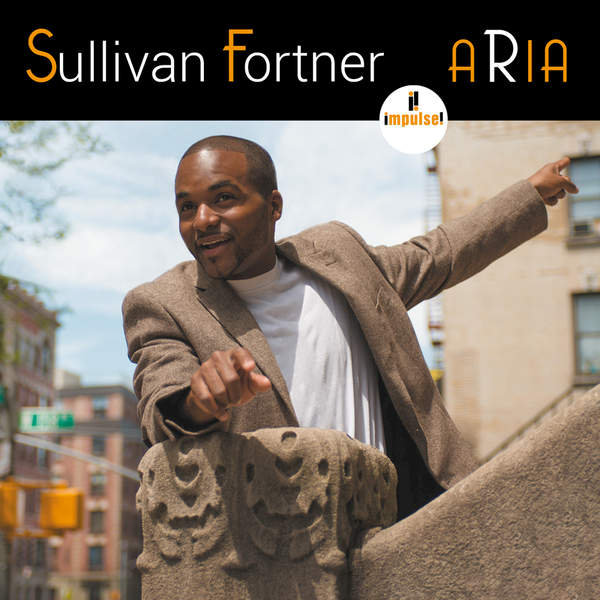 What’s always been special about Fortner is his reverence for the Jazz and Blues tradition, ranging from the Spanish Tinge exemplified by Jelly Roll Morton, Willie ‘The Lion’ Smith’s and James P Johnson’s stride playing, right through to Swing, Bebop and beyond. Aria showcases his sophistication as a composer and the incorporation of European classical music as well as rhythmic sheens and textures from the Caribbean and Latin America into his expansive oeuvre.

The title track, Aria, opens up with a repetitive percussive piano figure strongly suggestive of Bela Bartok. It then morphs into a roiling exchange of melodic ideas conveyed through Tivon Pennicott’s mercurial soprano saxophone playing and Joe Dyson’s compelling drumming. Aidan Carroll nails everything to the floor with his steadying influence on acoustic bass.

The recording showcases the collective talents of a democratic jazz trio, while also giving listeners great insights into the artistry of a bountifully talented pianist. The up-tempo Parade, with its kinetic, Herbie Nichols-inspired sense of swing, throws the spotlight on Fortner as a wonderful technician – executing bravura twinned left and right hand improvisational lines that recall Bud Powell and Jaki Byard. Fortner’s rendition of Thelonius Monk’s I Mean You is tastefully re-arranged: while he re-states the melody, he also permits drummer Dyson to play around with the blues meter, offering snatches of a second-line shuffle here and there.

Fortner tenderly caresses the ivories on You Are Special, a stand-out waltz on account of the way he tickles the upper registers of the piano and nimbly navigates his way through the tricky chords and tonal territory of the tune. The same can be said for You Know I Care and All the Things You Are, the latter characterised by a subtle, but highly effective Afro Cuban-inspired clave.

Fortner is an able exponent of the tradition established by legendary Louisiana musicians such as Sidney Bechet and Jelly Roll Morton. He judiciously melds European classical music forms, jazz improvisation, French Creole and Afro-Spanish rhythms – and everything in between.

The future of the jazz piano is secure in his hands.

Previous post A date with the diva: Ibrahim Maalouf's tribute to Oum Kalthoum