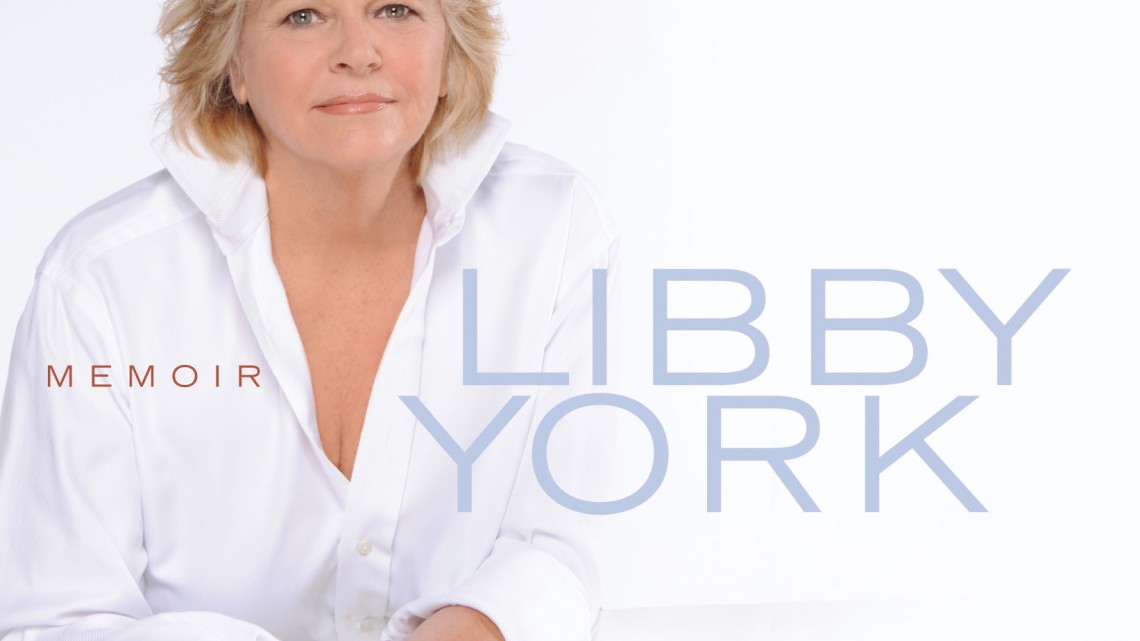 “A terrific collection of standards… An interpreter who is not only every inch [Diana] Krall’s equal but also bears a strong vocal resemblance to the Canadian superstar: warm, intimate and imbued with fogbound sexiness.” – Christopher Loudon, JazzTimes reviewing Memoir

LIbby York, like the very best of interpretive singers, has the gift of transforming a song into a personal anthem. On her new album, Memoir, she probes the lyrical content of a work to uncover inner connections to her own experience and state of being, finding individual relevance in a wide swath of standards from iconic composers including Cole Porter and George Gershwin to present day songsmith Donald Fagen. Her “memoir ” may be fashioned from the pens of others, but the expressive fervor and creative brio is York’s alone.

Out March 24 on Libby York Music, the album is garnering rave reviews:

“A terrific collection of standards… An interpreter who is not only every inch [Diana] Krall’s equal but also bears a strong vocal resemblance to the Canadian superstar: warm, intimate and imbued with fogbound sexiness.” – Christopher Loudon, JazzTimes

“York achieves a certain relaxed perfection in her singing, one that can only have come from a love of the repertoire and its performance.” – C. Michael Bailey, All About Jazz

“There are a lot of wonderful female vocalists on the scene today, and one of the best is Libby York… She is a wonderful interpreter of lyrics, and phrasing should be her middle name.” – Joe Lang, Jersey Jazz

Applying this uncanny ability to bond with a song to celebrated vocal skills highlighted by a honeyed tone, light-as-a cloud swing and insightful phrasing, York delivers a masterwork that renews the life of familiar classics (“Thanks for the Memory,” “Slow Boat To China,” “I Was Doing Alright” and “How Long Has This Been Going On” and “Let’s Call the Whole Thing Off,” among them) and alerts us to lesser known gems (“My Little Boat,” “Put It There, Pal,” “When In Rome” and Fagen’s “Walk Between the Raindrops”). What Memoir may best display is the intimacy that can be palpably felt when a singer becomes one with a song. “You have to believe the lyric, “ York states, “You have to be present in the story of the song.”

While York’s vocal skills are emphatically the main event, Memoir takes a page from the celebrated late period projects of Rosemary Clooney by placing York at the helm of a tight small jazz band stocked with A-list players. With cornetist Warren Vache (an integral Clooney collaborator, also featured on York’s 2008 album, Here with You), pianist John DiMartino, guitarist Russell Malone, bassist Martin Wind and drummer Greg Sergo, York is among guaranteed purveyors of swing, musicians who virtually read her mind as she artfully navigates a tune. “I think of myself as a member of the band,” Yorks says,” I love listening to them play; the caliber of their musicianship is staggering.”

York’s further respect for her collaborators is evident in the spacious solo statements and featured roles that she offers. Vache’s full-throated yet eminently lyrical horn lines enliven the majority of the songs, while DiMartino consistently cloaks York’s vocals in just-right chords like a musical second shadow. Wind and Sergo meld, as the most buoyant of rhythm teams must; featured on three tracks, Malone (who wisely suggested “When In Rome” to York) offers the tasty guitar work that York fans, familiar with Malone’s fine playing on Here with You, have come to expect of his contributions.

For sheer mirth though, nothing tops the vocal duets between York and Vache on “Put It There, Pal,” the old Bob Hope and Bing Crosby zing fest, and “Let’s Call the Whole Thing Off,” the witty display of verbal disparity by the brothers Gershwin. York says “Put It There, Pal,” on which she and Vache toss some good-natured low blows at each other, as “the most fun I’ve ever had in a recording studio” and you believe her. Performances such as these remind us that a sense of humor – along with the complimentary ability to infuse a lyric with cheer and to never oversell a witticism — is among the most highly prized of gifts that a superior vocalist can possess.

Memoir also refers to York’s wistful, but emphatically non-nostalgic, reflections on the music she grew up with, songs that she has now artfully rejuvenated. Although York has been performing jazz since 1980, her recording career did not come about overnight. She left Chicago in the early 70s to major in political science at American University in Washington, DC and opened a restaurant in Rehoboth Beach, Delaware in 1974. She spent most of the 80s and early 90s in New York where she was coached by, among others, Abbey Lincoln, who “taught me about the truth and soul of a song,” and collaborated with pianist Renee Rosnes. She currently spends her time in Chicago, New York, Paris and Key West.

1998 saw the release of York’s debut album, Blue Gardenia, followed, in 2004, by her breakthrough recording, Sunday in New York, which featured Renee Rosnes on piano and Count Basie alumni Frank Wess on tenor sax. The album received an abundance of rave reviews including 4 stars in DownBeat magazine. York’s third CD, 2008’s Here With You — with Russell Malone, Howard Alden, Warren Vache, Jon Burr and Vanderlei Pereira — earned further acclaim, including praise from New York Times critic Nate Chinen who wrote: “Ms. York is a jazz singer of cool composure and artful subtlety, as she demonstrates on her fine new album, Here With You.