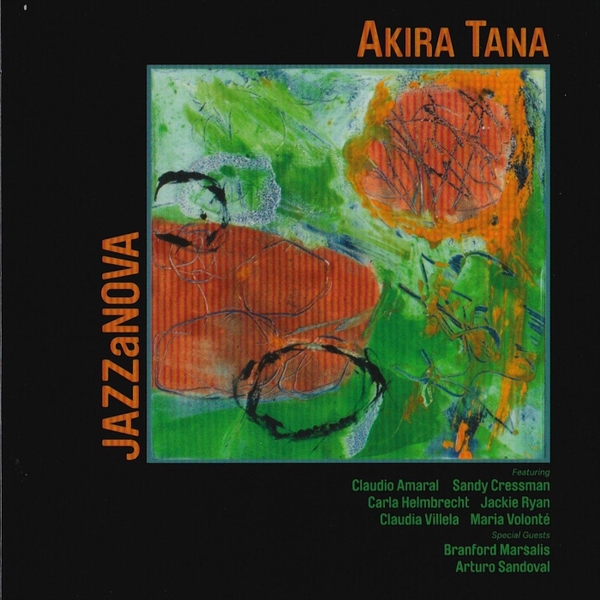 AKIRA TANA, an elite jazz drummer since the mid-1970s, has been immersed in the verdant hothouse of Brazil’s surging rhythms and sensuous melodies his entire career. His new album JAZZaNOVA, reflects an abiding passion kindled by his formative experiences with some of Brazilian jazz’s foundational figures. It’s a treasure trove of Brazilian riches, with beautifully crafted arrangements designed to shine a lustrous new light on classic material.

Featuring a cast of top-shelf Bay Area players, JAZZaNOVA was designed to showcase a superlative cast of singers and instrumentalist interpreting some of the Brazilian Songbook’s definitive standards and lesser known gems, with a couple of songs en Español included for good measure. Saxophonist BRANFORD MARSALIS or Cuban-born trumpeter ARTURO SANDOVAL contribute vivid solos on almost every track, providing incisive commentary for the six extraordinary vocalists.

Throughout the session, Tana renders the various grooves with taste and an unerring ear for textural support. As authoritative as he is behind the drum kit, he’s emerged in recent decades as a savvy producer who can turn a concept into a singular musical communion. With JAZZaNOVA, he’s staked a rightful claim to the Brazilian jazz canon, joined by a cast of redoubtable cast of collaborators.