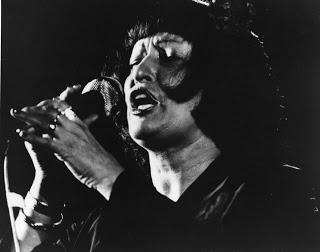 New York, NY — On this, the 43nd anniversary of All Nite Soul, the Jazz Ministry at Saint Peter’s — the Jazz Church — is thrilled to honor pianist Barry Harris and vocalist Sheila Jordan.   All Nite Soul begins on Sunday, October 13 at 5 PM with Jazz Vespers and vocalist Catherine Russell honoring Carline Ray (bassist and vocalist), and goes into full swing at 7 PM with a concert of over 80 musicians honoring Barry Harris (pianist) and Sheila Jordan (vocalist), National Endowment for the Arts Jazz Masters who began their musical careers in Detroit, Michigan.

Barry Harris is an internationally renowned jazz pianist, composer and teacher who is part of an exceptional crew of Detroit-bred jazz musicians, including Tommy Flanagan, Kenny Burrell and Donald Byrd, who rose through the extraordinary arts education program in the public school system during the 1930s and 1940s. He has devoted his life to the advancement of jazz. Dr. Barry Harris receives frequent requests to appear as a guest lecturer by universities and various musical venues all over the world. His lectures and interactive instrument and vocal workshops focus on the complete aspects of music including improvisation, harmonic movement and theory. From 1982 to 1987 Harris operated the Jazz Cultural Center in 1982 on Eighth Avenue in Manhattan. The center served as workshop, educational facility, and performance space for Harris and his affiliated artists.  Today, when he is not travelling, Dr. Harris holds weekly music workshop sessions in New York City for vocalists, students of piano and other instruments. For the past several decades Dr. Harris has been an exponent of the classic jazz style that was developed by Charlie Parker, Dizzy Gillespie, Bud Powell, Thelonious Monk and Coleman Hawkins.  He has received numerous awards, including an Honorary Doctorate from Northwestern University, American Jazz Masters Fellowship from the National Endowment for the Arts and the Grammy Lifetime Achievement Award, among others.

“More than a keeper of the flame, he’s a serial arsonist who’s kindled a fervor for bop-based improvisation in hundreds of musicians, both experienced and aspiring. Though capable of playing at the breakneck tempos that defined bop’s first generation, Harris has often expressed himself best at a more considered pace, when you can hear every dark, gleaming timbre in his personal distillation of Bud Powell’s steeplechase effusions and Monk’s percussive attack and chiaroscuro harmonies.” Andrew Gilbert—Jazz Times Jan/Feb 2011

Sheila Jordan, born on November 18, 1928 in Detroit, Michigan, and raised in Pennsylvania’s coal-mining country, began singing as a child. By the time she was in her early teens was working semi-professionally in Detroit clubs. She met some of Detroit’s young musicians during that time, such as Tommy Flanagan, Kenny Burrell, and Barry Harris. Her first great influence was Charlie Parker (who called her “the singer with the million dollar ears”) and, indeed, most of her influences have been instrumentalists rather than singers.  After moving to New York in the early 50s, she studied with Lennie Tristano and participated in jam sessions with luminaries such as Charles Mingus and Herbie Nichols, but it was not until the early 60s that she made her first recordings. One of these was Portrait of Sheila for Blue Note (the first female jazz vocalist to record for the label); the other was The Outer View with George Russell, which featured a famous 10-minute version of “You Are My Sunshine.”  In 1978, she began teaching at the City College of New York and has continued teaching jazz vocal workshops there until 2005. She is also a faculty member for Jazz in July at the University of Massachusetts at Amherst and the Vermont Jazz Center in Brattleboro, Vermont, and conducts workshops internationally as well. The singer has received numerous honors, including the 2102 NEA Jazz Masters award and the 2008 Mary Lou Williams Award for a Lifetime of Service to Jazz. Jordan still travels extensively––nationally and internationally — performing with her quartet and as a duo with Cameron Brown.

“As emotionally powerful and as musically adventurous as any vocalist who has ever sung jazz, Jordan sounds like no other singer, and very few horn players challenge themselves the way she does.”  Larry Kart—Chicago Tribune

The Legend Wall, an “exhibit wall” in Saint Peter’s Living Room, will tell the story of Barry Harris and Sheila Jordan with memorabilia, including photograph collages organized by photo archivist Tad Hershorn of Rutgers University Institute of Jazz Studies.

“All Nite Soul” was created in 1970 to celebrate the fifth anniversary of the creation of Jazz Vespers in 1965.  The event has continued every year since then with hundreds of musicians performing and coming together in a “jazz love fest.”  The Hungry Souls’ Café, an important feature of the event, serves homemade Soul Food!  All Nite Soul is held in October starting on the Sunday evening of Columbus Day weekend and continues into Monday morning — hence the name All Nite Soul.  Each year a major jazz icon is celebrated.  Those celebrated in recent years include Dr. Billy Taylor, Benny Powell, Jane Jarvis, Joe Wilder, Frank Wess, Randy Weston and the Vanguard Jazz Orchestra.

The Jazz Ministry at Saint Peter’s is a home for diverse individuals and communities which celebrates the dignity and vitality of Jazz, provides vibrant liturgy and pastoral care, and through intersecting partnerships, offers jazz programs, education and services.  An outreach program of Saint Peter’s Lutheran Church in New York City, The Jazz Ministry was founded in 1965 by the late Reverend John Garcia Gensel who created Jazz Vespers, a worship service featuring a wide range of jazz musicians that is held each Sunday at 5:00 PM.  Our pastors include Amandus Derr, Jared Stahler, Bill Eschen, and Jazz Pastor Emeritus Dale Lind.   Ike Sturm, bassist, is our Director of Music for the Jazz Ministry. The Jazz Ministry thrives today with many events and programs such as All Nite Soul, Prez Fest, Jazz on the Plaza, Seminars for Musicians, Midtown Jazz at Midday, memorials, tributes, concerts, and others yet to be developed, to serve the jazz community.

Check out the Barry Harris and Sheila Jordan exhibit and The Hungry Souls Café!