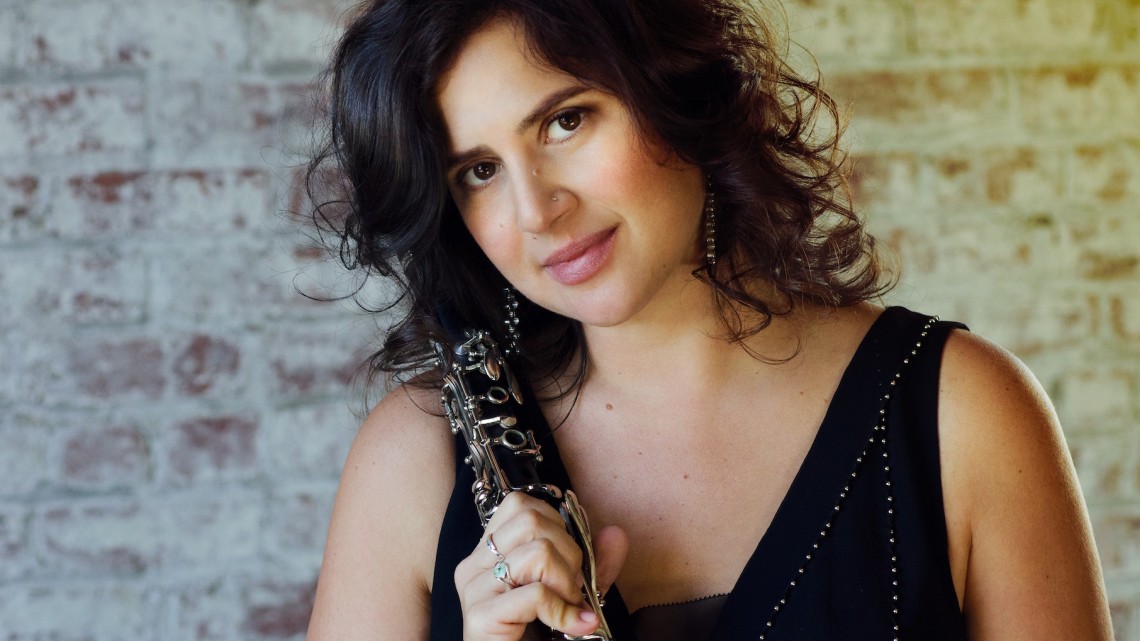 Heard New Year’s Eve on more than 200 NPR affiliate stations, NPR Worldwide, Sirius XM Radio, and streamed on wbgo.org, Toast of the Nation begins with Cohen’s quartet, and will move across the country, hour by hour, with live concert recordings from trombone superstar Wycliffe Gordon, Wynton Marsalis, the late Clark Terry, Snarky Puppy, a tribute to the late Allen Toussaint, and the great Dianne Reeves.

Entrancing audiences on both clarinet and saxophone, Anat Cohen, a 1999 Berklee graduate, is one of jazz’s brightest stars. Her quartet on this 2009 concert recording features Jason Lindner on piano, Joe Martin on bass, and Daniel Freedman on drums. The concert, presented by Berklee as part of Boston’s First Night celebration, was produced for broadcast by WGBH Radio, and hosted by Eric Jackson of WGBH’s Eric in the Evening. Toast of the Nation is produced by NPR Music and WBGO-FM Newark.

A native of Tel Aviv, Israel, Anat Cohen was introduced to music early by her talented brothers, and began her clarinet studies at age 12. She learned to play the tenor saxophone at 16, graduated from the prestigious Thelma Yellin High School for the Arts as a jazz major, played tenor saxophone in the Israeli Air Force Band, matriculated to Berklee, and upon graduation in 1999 began playing in New York with various Brazilian ensembles. There, she established herself as one of the primary talents of her generation, both on the tenor saxophone and clarinet. Cohen has performed for countless audiences in the city, including at the Village Vanguard in 2007, where she was simultaneously the first female reed player and the first Israeli to headline at the club.

Cohen’s 2007 releases, Noir and Poetica, prompted the Washington Post to call her “one of the brightest, most original young instrumentalists in jazz.” The Jazz Journalists Association named Cohen Clarinetist of the Year in both 2007 and 2008 – the first time in the history of the awards that an artist has earned top clarinet honors two years in a row.  She has subsequently been named the top clarinetist in both the DownBeat readers’ and critic’s polls, multiple years in a row. Her latest album, 2015’s Luminosa, sees the clarinetist-saxophonist play singing, dancing originals, interpret Brazilian classics by the likes of Milton Nascimento, and even re-imagine electronica as acoustica with an ingenious arrangement of a Flying Lotus tune.

Next post A Jazz Holiday with Ramsey Lewis Quartet, January 15, 2016