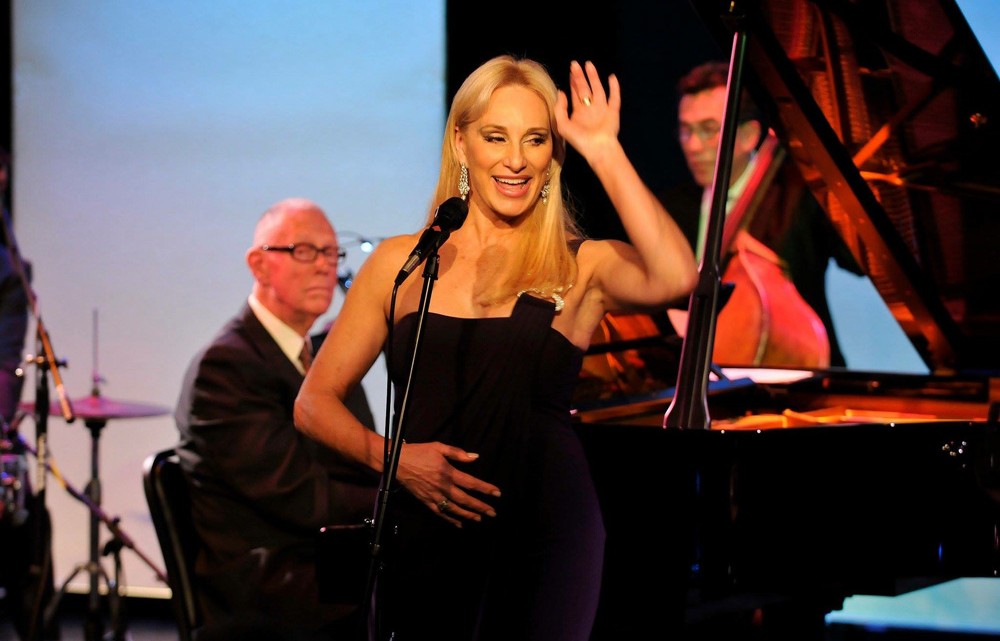 Known as the “sultry jazz singer of the decade,” Lyn Stanley is an International Recording Artist with three album releases since 2013 capturing worldwide acclaim and notable 30,000 album sales as an Independent  (Indie) artist.  Her album titles are Lost In Romance, Potions [from the 50s’] and Interludes.  Her albums have achieved the status of #1 Top Jazz Vocal album on website, CDBaby.com, a music distributor with over 600,000 titles. Her two new projects include a ballads and a band album to be released in 2017/2018.  She performs and records with top jazz pianist talent including Paul Smith, Mike Garson, Tamir Hendelman, Bill Cunliffe, Kenny Werner and Mike Renzi.  www. lynstanley.com

The CD marks my first encounter with singer Lyn Stanley, but I hope it is not my last. She sings spot-on key, phrases with practiced ease, and simply interprets this set of juicy songbook goodies in such a way that one knows she has done her homework. Her accompaniment, by a variety of Los Angeles jazz stalwarts, includes Bill Cunliffe (piano), Chuck Berghofer (bass), Ray Brinker (drums), Hendrick Meurkens (harmonica), and a number of others. Stanley’s versatility suggests she would be equally comfortable in a big band setting as well as the smaller group heard here. There is a generous fourteen tune menu on the album, and some of the best known choices are “How Long Has This Been Going On,” “Just One Of Those Things,” “More Than You Kno,”, “Don’t Explain,” “Nice and Easy,” “In A Sentimental Mood,” “I’m A Fool To Want You,” and lots more. While it may be a stretch to describe Staley as purely a jazz singer, it is obvious that she is a very polished one who never goes for anything gimmicky or poppy. In consideration of that and solid vocal prowess, Lyn Stanley gets my vote.   www. lynstanley.com