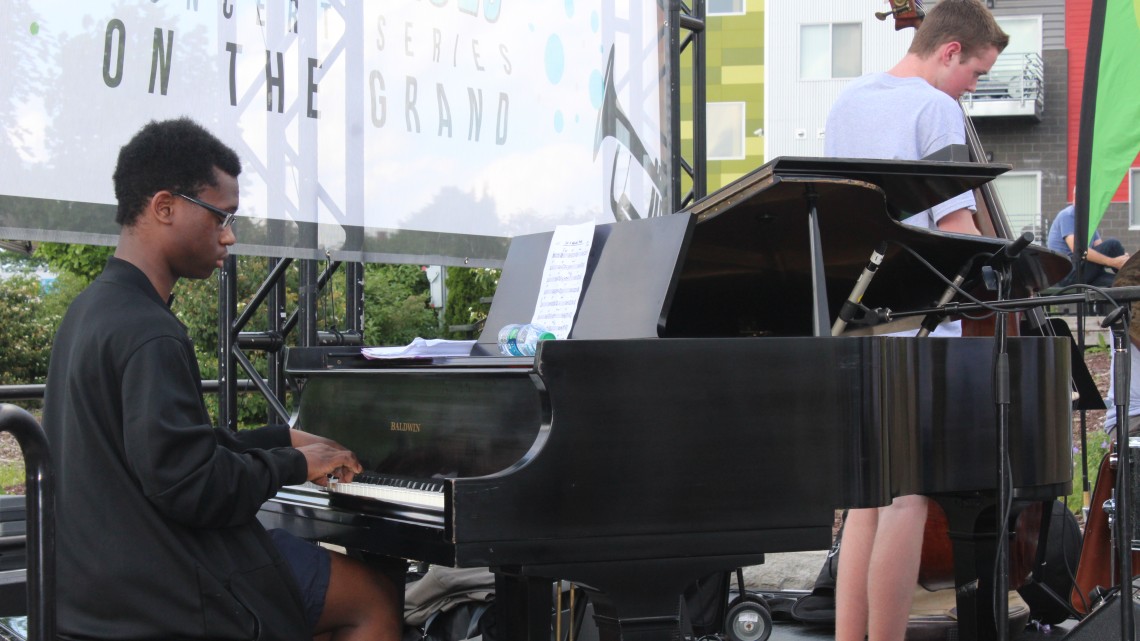 It was attended by 40 participants from various parts of the US, including two from Tobago and the United Kingdom.

The annual summer program, which began  in 2014, is aimed at advanced jazz students aged between 14 and 20. Admission to the program is by invitation only: candidates are asked to send in three audition videos covering classic jazz compositions such as Charlie Parker’s ‘Billie’s Bounce’ and Thad Jones’ ‘Don’t Git Sassy’.

If successful , they are granted a week’s scholarship giving them free boarding, transportation and meals during the Symposium. Students experienced an intense practice and instruction regime with many hours of classes and lots of practice sessions each day.

It goes without saying that the level of musicianship this year was high.

“This year was without doubt our best Symposium. All of these young people were fabulous and their futures in jazz are assured”.

“I was quite privileged to have been exposed to such a fantastic learning experience with very talented musicians. I have upped my jazz theory and practice levels several notches.”

Some students were given opportunities to have one-on-one sessions with outstanding visiting jazz luminaries such as pianist Marcus Roberts, who is also a professor of music at Florida State University.

They also performed during the Jazz & Blues on the Grand festival on June 15th (Downtown Lansing) and the Summer Solstice Jazz Festival (East Lansing) on June 18th to large and appreciative audiences, rubbing shoulders with headliners such as Ben Williams, Steve Davis, Michael Dease, Gary Motley and Karrin Allyson.