Bill Hart Is Back In Force 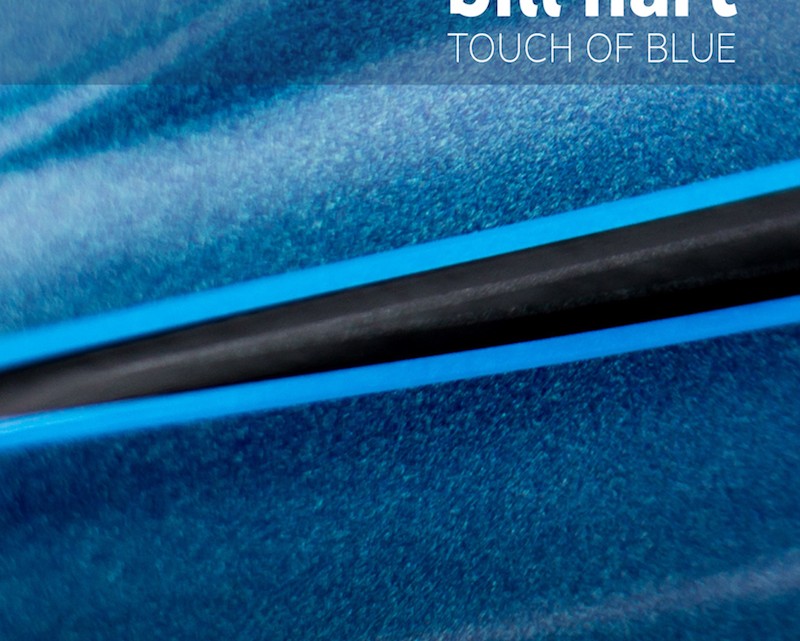 Bill Hart was born and raised in Ontario, Canada and began playing guitar at the young age of nine years old. Influenced by the diverse guitar style of Jimi Hendrix, David Gilmour, and Jimmy Page, he came up playing non-traditional places like theaters where he performed “The Rocky Horror Picture Show” and “Little Shop of Horrors”. Mr Hart has studied under master guitarists such as Mike Stern, Wayne Krantz and Scott Henderson and has been the head of the guitar department at the Atlanta Institute of Music & Media for over 25 years. He has opened for jazz greats Herbie Hancock, Marcus Miller, Lou Rawls, Yellow Jackets, Acoustic Alchemy, Joey Defrancesco, Norman Brown, Rippingtons and Mike Sternamong others. Touring all over Latin America, Mr. Hart was awarded a letter from the U.S. Embassy in Venezuela for his contribution to the students in South America.

“Touch Of Blue” opens with a haunting guitar melody that is answered by Pat Strawser’s chiming piano calls. Soon, Mr. Hart and Enrico Galetta’s singing bass are engaged in a back and forth conversation and “Deep Skies” is off to the races. Set on the frame of Jaungui Aguayo’s driving rock back-beat, “Deep Skies” is a five minute onslaught of non-stop energy.

“That’s Purdy” is a sassy number melting the established rock beat with pure funk overtones. Jazzy piano interjections, a funky rhythmic feel and Mr. Hart’s patented rock guitar are the perfect follow up to “Deep Skies”. The middle of the song opens up and the keyboard takes a solo that matches Hart’s intensity and the melody soars as piano and guitar trade reflective musings.

“Touch of Blue” is an intelligent, no nonsense adventure that cuts to the quick and gives a modern perspective on rock fusion. Bill Hart releases the hounds and the listener is guaranteed a wild ride through a kaleidoscope of sound, texture and pulse. Take a ride with Bill Hart’s “Touch Of Blue” today…this one is not to be missed.