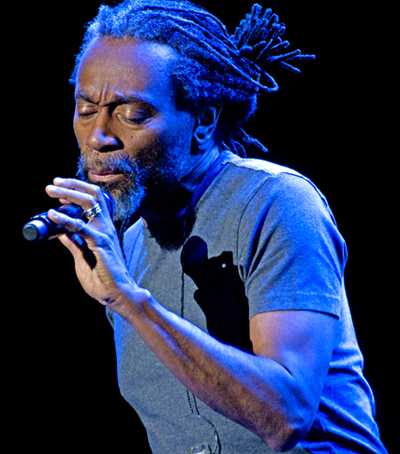 Best known for his global hit, “Don’t Worry Be Happy,” McFerrin is one of the world’s most recognized vocal innovators and improvisers. A habitual rule-breaker when it comes to conventionalism, also a world-renowned classical conductor, he has absorbed and assimilated a host of musical genres, including jazz, R&B, classical, pop and world, music into his own art. In addition to his endless creativity as an artist, Bobby McFerrin is a passionate spokesman for music education.

“Bobby was an obvious choice as a headline artist this year because his artistry speaks to the core values of the festival—sharing the brilliance of jazz and educating others about music,” said Michael Sonnenreich, Chairman and CEO of Kikaku America International and Chairman of the Board of Directors of the DC Jazz Festival. “He is constantly redefining the music with his unique diversity and range, and his latest album pushes his creative boundaries even further. This performance is not to be missed.”

VOCAbuLarieS, Bobby’s first new recording in eight years, channels his wildly joyful creativity and expands into previously uncharted territory for the artist. A collaboration with musical director Roger Treece, the album was nominated for a Grammy Award as Best Classical Crossover Album and was named Outstanding World Music Album at the NAACP Image Awards. Downbeat magazine describes live performances of VOCAbuLarieS as “an exhilarating experience… creating a legacy that is unmatched in the history of popular or art song.” The show has earned rave reviews and standing ovations at sold-out theaters in cities around the world, including Munich, Prague, Vienna, San Francisco, London, New York, Montreal and Helsinki. Now Howard University’s Afro Blue Reunion Choir will join Bobby to bring this groundbreaking new choral repertoire to Washington, D.C.

“I can’t wait to be back in Washington, D.C.,” said McFerrin. “I’m really looking forward to singing the music from VOCAbuLarieS with the Afro Blue choir.”

Tickets for the Bobby McFerrin performance at the Warner Theatre are available for purchase at:
http://www.livenation.com/event/15004685EAC45BA9?dma_id=377

Other ticketed performances at this year’s festival include:

Ticketed events for the DC Jazz Festival and CapitalBop present … the D.C. Jazz Loft Series include: