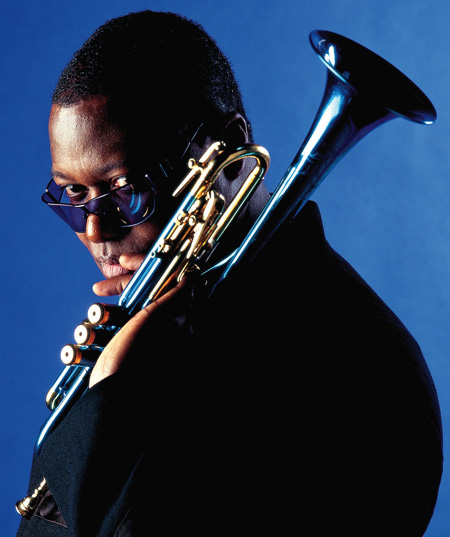 NEW YORK CITY – The 2011 Jazz Journalists Association Jazz Awards, the 15th annual announcement of honors for great music presented by an international organization of professional music writers, photographers, broadcasters and new media producers, is shaping up as the nationwide jazz party of the year.

The Awards Gala on June 11 from 1 to 5 pm EDT at City Winery in New York City – tickets are available to the general public at www.JJAJazzAwards.com — is attracting jazz-glamour attendees such as veteran vocalist Dee Dee Bridgewater, acclaimed newcomer Gregory Porter (who will perform), saxophonist-composer-bandleader Joe Lovano, alt. jazz guitarist Marc Ribot and National Endowment of the Arts Jazz Master/Guggenheim Fellow pianist Randy Weston (who will perform). The entire four hour jazz-insider event – also featuring performances by the Wallace Roney Sextet, flutist-soprano saxist Jane Bunnett with Cuban pianist Hilario Duran, and the Hammer Klavier Trio from Germany — will be accessible via Ustream.com as live streaming video to anyone who has an internet connection.

In addition, jazz fans are gathering at JJA satellite parties in Berkeley and Arcata, California; Portland, Oregon; Phoenix, Seattle, Chicago, Nashville, Tallahassee, Boston and Washington DC to watch the Awards, Tweet about them and schmooze about their local jazz scenes. Localization is a theme of this year’s Jazz Awards – which the JJA notes is the only non-profit effort to raise the profile of jazz excellence everywhere as the summer jazz festival season begins with a bang.

“We have great things happening in New York City,” says Howard Mandel, JJA president, blogger at ArtsJournal.com/JazzBeyondJazz, author, editor and award-winning music journalist. “Besides the Awards this weekend there’s the Vision Festival and multi-venue Blue Note Jazz Clubs Festival. But the music isn’t only in New York: also this weekend the 33rd annual Playboy Jazz is at the Hollywood Bowl, the Chicago Blues Festival, the Healdburg [CA] Jazz Festival – and more coming right up! By naming local ‘Jazz Heroes’, having satellite parties, and live-streaming from the gala at City Winery in New York, the JJA hopes to wake people up to the festivity of the jazz all around them, and point to some of the best of the best.”

The Awards gala is a fundraiser for the JJA, a 501 (c) non-profit professional organization dedicated to training and networking the people who maintain the dissemination of news and information about jazz of all kinds in all media platforms. The JJA is currently running the highly successful eyeJAZZ program in which some 50 individuals from around the US and Canada are learning to create short-form video news pieces about jazz.

The JJA Jazz Awards is the only broad-based, independent, international celebration of jazz excellence. Begun in 1997 as a collaboration between the Jazz Journalists Association and Michael Dorf (then executive director of the Knitting Factory, now director of City Winery), it has been produced annually since 1999 by the JJA.