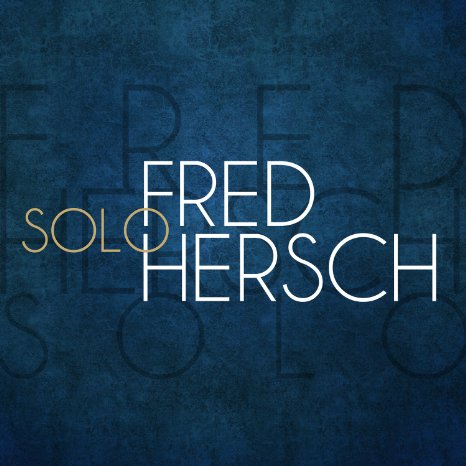 Like other performers who remain inventive and artistically restless throughout their careers, Hersch has proven the irrelevancy of age. As have many of the musicians Hersch knew, including Jaki Byard or Stan Getz or Toots Thielemans. It’s a measure only of the years spent on earth. A creative mind can remain young forever, and its output may become eternal. Nonetheless…

His accomplishments, experiences, performances and recordings abound and their abundance may suggest his age. However, Hersch’s energy, individuality and vast range of interests are still those of someone still enjoying the excitement of experimenting with an art form and still realizing the possibilities afforded by a jazz career. Hersch’s love of the music remains undiminished, and he offers his inimitable contributions in return.

With his enthusiastic ambition, Hersch has developed more events surrounding his landmark birthday than space in this review allows. But one of those events is the release of a solo album, recorded at the Civic Center Concert Hall in Windham, New York during that city’s 2014 Chamber Music Festival. Fred Hersch Solo is the latest confirmation of Hersch’s singular style, unlike any others in jazz. It’s a style that only strengthens progressively as he follows his own muse to lead jazz in new directions.

In several ways, Fred Hersch Solo follows accustomed paths, such as tributes to his favorite composers including Antonio Carlos Jobim, Duke Ellington and especially Thelonious Monk. Hersch mixes the three. He incorporates Monk’s occasional sparseness, off-the-cuff playfulness and defiance of the confines of meter while remaining within a time signature. In the case of Ellington’s “Caravan,” a pointillistic musical description of camels’ ambling across the desert, Hersch asserts at times hints of tango and at other times more fully chorded samba intimations. Quite the combination. But it works. And it remains entirely individualistic as Hersch makes the song his own, neither an imitation nor a tribute.

And that’s the thing. Hersch, by asserting his personality into his music, has developed a recognizable style of his own, while contributing to the jazz canon and while expanding jazz beyond its traditional borders.

Seemingly inspired by his first solo recording in 1993 in Concord’s Maybeck Recital Hall Series, or at least intrigued by the possibilities its format afforded, Hersch went on to record nine more solo albums, culminating in Fred Hersch Solo. His orchestral approach allows him to enthrall an audience alone, moving from the romanticism of “The Song Is You” to the propulsive energy of “Whirl.” It is evident that Hersch has achieved his potential as an artist as he veers without category between classical references and jazz and pop and standards and other musical forms to express with lyrical soulfulness his own personality. Throughout his entire career, Hersch has remained constant in his devotion to the piano’s sound. Now, Fred Hersch Solo bookends his Maybeck album with his diligent attention to the effect of his touch as the piano’s strings resonate within a building originally designed for precise acoustical separation and the heightening of human experience. Two small older structures that elevate the sound within separate the two decades and complement not just Hersch’s career, but his growth. Hersch’s latest album never was meant to be distributed. However, so satisfied was Hersch when he heard the archival recording of the Windham concert that he decided that its perfect combination of elements—audio engineering, acoustics, repertoire, audience response, spirituality—deserved a widespread release.

The heart of Hersch’s performance occurs from its start as he converts Jobim’s “Olha Maria” into a rubato etude of Romanticism that glides between affecting improvised minor-key melancholy and rippling melodic references. And then, to lighten the proceedings, Hersch turns the Jobim tribute into a medley with the inclusion of a coruscating version of “O Grande Amor.”

Throughout the album Hersch enlarges upon his recognition of the beauty of classical composition and the directness of popular music as he continues to blend them. His “Pastorale” comprises a dedication to Romanticist Robert Schumann, and the piece is entirely appropriate to the intent of the Windham festival. “Pastorale’s” meditative pace continues as Hersch adapts “The Song Is You” to the classical piece’s lyrical, explorative style as he composes his own introduction of delicacy and re-harmonized invention.

Hersch chose to end his concert with a popular song familiar to the audience but perhaps of personal lyrical significance to him. Consistent with the spirit of the concert, “Both Sides Now” adapts to Hersch’s style with melodic allusions found within instant improvised composition. Irony occurs when one considers the lyrics. “Well something’s lost, but something’s gained / In living every day / I’ve looked at life / From both sides now / From up and down….” Though the words remain unsung, they may imply the basis for Hersch’s passion for the piece as he applies his decades of musical experience to transcendence.

…minutes of a jazz master in absolute command of his artistry.
2015 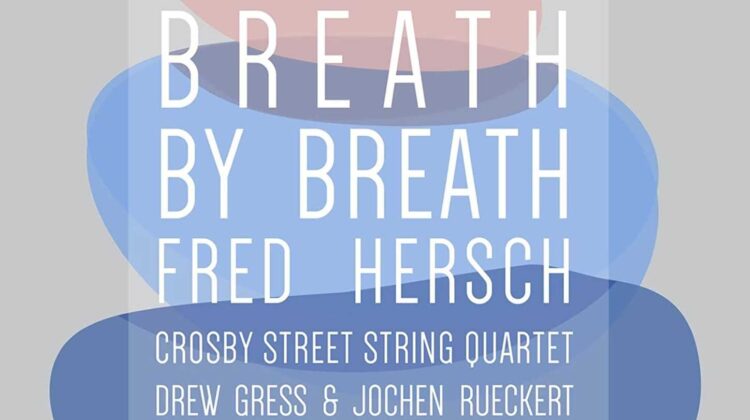