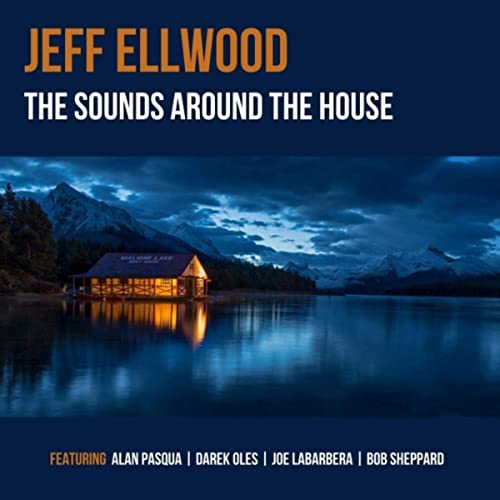 Jeff Ellwood is essentially a balladeer, focused on texture, tone, and melody, even on up-tempo tunes.

Appropriately, Ellwood chose the beautiful, too-seldom-performed ballad by Alec Wilder and Johnny Mercer, The Sounds Around The House, as the title of his release. Taken at a moderate tempo, Ellwood’s performance, as he eases into it, elicits the song’s sentient mood and the narrative possibilities before it rises to a mid-chorus tension released after the second ending. Though the second chorus involves Ellwood’s modification of the melody, it nonetheless remains recognizable as he improvises, reinforcing Ellwood’s attention to song. His respect for the strength of the melody returns in the final choruses when improvisation occurs more as embellishment than as reconsideration of the narrative. Pianist Alan Pasqua’s bell-like accompaniment rings throughout to broaden the harmonic underpinnings of the song. With his rhythm section’s support, Ellwood is free to softly shape the endings of his solos, lowering his volume mid-track for Pasqua to pick up on Ellwood’s thread for the development of his like-minded coruscating solo or concluding with a plaintive cadenza of upper-register overtone descending to his saxophone’s lower range.

If the touch and tempo of Pasqua’s introduction to “The Sounds Around The House” recalls briefly Bill Evans’ intro to “Blue in Green,” well, coincidentally Ellwood’s drummer on the album is Joe LaBarbara, Evans’ last drummer. First-call bassist Darek Oleszkiewicz rounds out the high level of talent recording with Ellwood on The Sounds Around The House, such is elevated level of Ellwood’s playing. The ease with which the quartet interprets the music reinforces Ellwood’s experience with the members of his quartet. Indeed, Ellwood has been a saxophonist in Pasqua’s band for seven years. Now a broader audience can luxuriate in comfort of Ellwood’s sound and the high quality of his technique to understand the respect that Ellwood has earned among fellow musicians for his creative individuality and sensitivity.

“For Roger”—written by Joe Bagg as a tribute to their deceased friend and bass player, Roger Shew, who encouraged Ellwood to record the album—receives similar emotional bearing with effortless delivery of blue notes and yet overtones again for elegiac melancholy. Appropriately, as Ellwood performs the track, his rich tone speaks like a voice in remembrance, accompanied only by Oles, who takes his own bass solo to paint his own recollection.

But all is not slow ballads on The Sounds Around The House. In fact, Pasqua chose Ellwood to join his band based on his interpretation of “Giant Steps.” Ellwood’s “U-R,” a reshaping of “All the Things You Are,” demonstrates how effortlessly he improvises up tempo over changes…as do the other veterans in the quartet, weaving vertiginously in and out of harmonic allusions and oblique alterations without stating the melody.

Pasqua contributes to the album three of his compositions with harmonic devices for distinctive recognition. Pasqua’s “Old School Blues,” perhaps ironically titled, is a fast-paced twelve-bar blues, but one which switches between major and minor modes, effortlessly navigated by the group. “Agrodolche” is a minor-key modal piece in a flowing six-eight meter that retains the group’s understated narrative tension, as if it describes visual action taking place to their swaying, dynamically intensifying accompaniment before its gorgeous resolution. And Pasqua’s “Barcelona,” which Ellwood played in Pasqua’s band, sweeps along with unpredictable harmonic direction, stirred by LaBarbera’s pulsating shapes and patterns.

Oles’ “The Honeymoon,” taken at a presto tempo in a minor key, surges at the fastest speed of any track on the album. The performance breaks loose the musicians for energetic solos, LaBarbera drumming with rumbling and rolling at an authoritative medium volume, Pasqua playing with plunging deep bass-clef chords and a broken-glass treble tinkling conclusion, and Ellwood providing the melody before venturing into altissimo excitation.

For Dick Oatts’ “King Henry,” Ellwood brought in fellow West Coast saxophonist Bob Sheppard to re-create the piece’s intended camaraderie, originally performed by Oatts and Rick Margitza. Oles’ harmonics introduce medium-tempo gracefulness, and Pasqua’s accents on the second and third beats of the six-eight meter set up the vamp. Then, “King Henry” emphasizes give and take as the two tenor saxophonists at first play the melody in harmony. And then these two master saxophonists set up compare-and-contrast complementary solo improvisations. In the middle section, LaBarbera performs an ever-tasteful solo as a natural expansion of the mood created by the saxophonists while Ellwood and Sheppard interject lightly over the drumwork with the feral and avian onomatopoeia.

While the three other musicians participating in Ellwood’s album had already established reputations of their own, finally Ellwood, at the urging of respectful other musicians, has brought his talents to attention of a larger audience for discovery and enjoyment.

Next post AND THEN IT RAINED, the fifth and newest release by reed master MICHAEL O’NEILL,

CD Release: Be With Me, The Matt Gordy Jazz Tonite Sextet 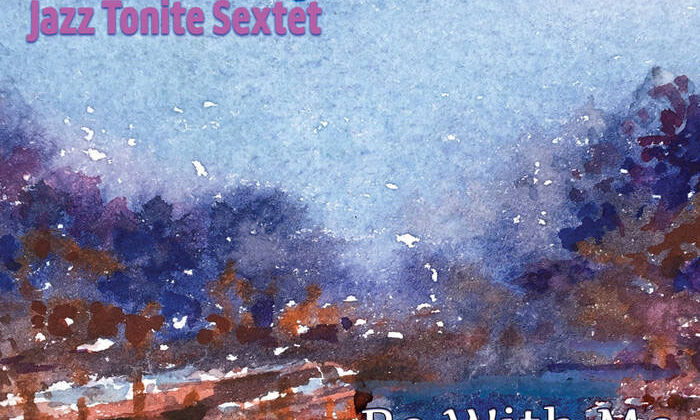