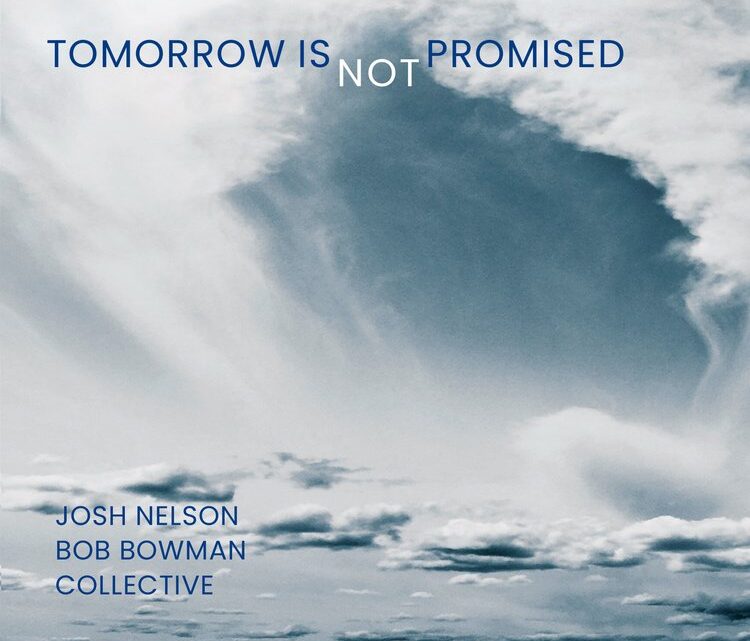 Pianist Paul Smith had graciously agreed to form a band to perform at some corporate entertainment events that I had organized. Smith’s very brief solo on “It Could Happen to You” and Bowman’s on “Robert Frost,” both of which were recorded on Karrin Allyson’s Collage album, are earwormed in my mind, along with a multitude of other jazz solos. I was fortunate to hear both musicians perform in person. Who knows if the wheeling-and-dealing marketing people attending the events paid much attention to the music?

I thought that jazz musicians may sullenly but politely resent performing at corporate events in front of people unaware of and/or unappreciative of their talents. That is, until a musician at another event said, “No! These jobs give us a chance to play. And it pays the bills. Our best appreciation is a paying job.”

After one of the marketing events, we three walked to Kansas City’s Majestic Restaurant and Jazz Club. In a well-what-do-you-know? moment, I learned that Smith had read—and remembered—some of my interviews of jazz musicians. I had assumed that the interviews remained mostly unread after submission to the publisher, much as this review will probably vanish, unread by millions, into the vast vacuum of the Internet. Who knows? My objective isn’t to generate Likes.

An institution within the Kansas City jazz community and under-recognized outside of it,Bowman had already performed in the Thad Jones/Mel Lewis Orchestra. And in the Toshiko Akiyoshi-Lew Tabakin Big Band. And with Carmen McRae. And Jay McShann. And Bill Mays. And Freddie Hubbard.

A native Kansan, Bowman met pianist Josh Nelson at the Topeka Jazz Festival. Though thousands of miles apart, they remained in touch. Finally, circumstances aligned for them to record an album.

Like Bowman, Nelson offers thoroughly professional musicianship, usually as a back-up musician. Throughout his 20-year jazz career in Los Angeles, he has steadily recorded a stream of nine albums which are based on cultural or science fiction themes, or which re-imagine standards. From his steady gig as the house pianist at RedWhite+Bluezz Restaurant next to the Pasadena Playhouse, Nelson has moved on to work with well-known performers like Benny Golson. And Natalie Cole. And Sheila Jordan, And Kurt Elling. And George Mraz. And Joe Chambers. And Jeff Hamilton. And John Pizzarelli. And Sara Gazarek. And Lewis Nash. And Anthony Wilson. And Matt Wilson.

I saw Nelson perform with legendary jazz accordionist Richard Galliano and the extraordinary jazz violinist Christian Howes. In an astounding performance of compositions from Howes’s Southern Exposure album, there was Nelson, providing crisp, harmonically complex back-up for the Latin-inspired music as a complement to the virtuosity of Howes and Galliano.

Having known Bowman when he lived in L.A., Nelson suggested to Bowman that they record a duo album. Serendipity occurred when Bowman was in L.A. Opportunities kept expanding as more friends/musicians that Nelson and Bowman had known for years became available. How could they pass up the chance to record this moment in time?

And so, realizing the sentiment behind Walter Payton’s quote, “Tomorrow is not promised,” which Payton rephrased from Proverbs 27:1, all the musicians—including trumpeter Clay Jenkins, saxophonist Bob Sheppard, guitarist Larry Koonse, and drummer Steve Houghton—bought into the project. At the time of their meeting in 2021, the world was already a year into the frightening COVID epidemic. During the first pandemic in one hundred years, who knew what tomorrow would bring, such as a war, heaven forbid?

The result? Top-notch musicians, who reveled in the joy of playing music, recorded an album that eased into distribution. The album being perhaps a one-time opportunity, Tomorrow Is Not Promised documents the professionalism and uniqueness of a jazz group formed by serendipity.

Tomorrow Is Not Promised starts with Nelson’s titular composition, written specifically for the occasion. It combines the atmospheric apprehensiveness of the winding melody with an unrestrained statement of joy over cycling chords before the repeat. This track is the album’s introduction to the musicians, whose up-front solos establish their styles for listeners. Nelson and Bowman set up the introduction with the piano’s coruscating delicacy and counter melodies and the bass’s quarter notes. After that, Sheppard and Jenkins enter to play the piece’s legato and then quickened lines first in tight harmonies and then in unison. After the pensive beginning, Koonse adds humor when joy breaks out with a jaunty plucked response, characterizing the tension between social carefulness and carefreeness.

Sheppard’s contribution, “Your Night Your Music,” based on the changes of “You and the Night and the Music,” follows with a medium-tempo creative alteration of the song, including harmonic and melodic variations, that provides for exchanges of solos of oblique harmonies over Houghton’s lightly rumbling tom-tom, splashing cymbals and light snare drum crackles.

The first of the three covers on the album, “Sometime Ago,” commences, as do some of the other tracks, with Nelson’s rubato tintinnabulations before devolving into the customary waltz rhythm. Bowman’s melodic solo follows the transition to three-four time, allowing the song itself dictate the form of the improvisation, which covers much of the range of the bass. Then Nelson and Bowman pass the melody from one to the other, performing their promised duo to swinging effect.

They play Miles Davis/Bill Evans’s “Blue in Green” with calm reverence. But this time, Bowman performs his own solo, fulfilling the curiosity about what Paul Chambers would have done with the piece if he had soloed too. Indeed, Bowman is featured on much of the track, including the introduction and sometimes in harmony with Nelson, in addition to his improvisation of strummed harmonics and a light glissando. And there you have it: another duo performance, as promised, fading into a beautifully chorded conclusion with high-treble-clef piano ornamentation and the bass’s soft pizzicato repetition of phrasing.

The third standard, “Weaver of Dreams,” brings in the other band members for a straight-ahead version of the song with the fun derived from swing that reaches out to audiences, and which features notably a solo by drummer Houghton.

But Tomorrow Is Not Promised includes other riches, such as Bowman’s Orientally inspired “Yae San,” at first plucked on acoustic guitar by Koose. It evolves into a jazz waltz on electric guitar, backed by Nelson’s thick chords and coruscation and by Bowman’s bounding bass lines. After the group builds the tension, they lower the volume back to refer to the tune’s original melody.

Koose’s “Blues for Albert E” burns with fiery solos from every member of the group in hard-bop mode. Koose provides most of the chorded back-up, while Nelson instead helps develop the force of the original theme with bass-clef low thunder.

Two of Bowman’s additional compositions confirm his talents for varied compositions. “Happy Returns” is based, naturally enough, on the bass’s vamp lines before the upbeat performance, animated effectively by Houghton, proceeds with repeated shifting chords and an unresolved final chord, played with a hard accent at the end. The entire sextet brings to life the last Bowman piece, “Sandra’s Gait,” which features a brief chorus of an equally oblique harmonic structure enlivened noticeably by Bowman’s buoyant bass work, which seems to inspire remarkable solos. Note how Nelson picks up on the final phrase of Sheppard’s remarkable solo to begin his.

Saxophonist Chris Cheek’s “Water Mile” features Koonse, whose electric guitar causes rising tension with slight vibrato over the legato notes and with a purity of tone before the pizzicato section, first dampened and then sustained. Then tension is released from its dynamic rising phrasing into an off-the-beat rhythmic hand-off for Nelson’s solo, swirling around harmonic descents with treble/bass clef counterpoint.

The last piece, Nelson and Bowman’s jointly composed medium-tempo blues, “Nelbows Elbows,” allows them to complete their earlier promise of duo performances. This time, Bowman remains within the walking-bass approach, Nelson accompanying him on dampened piano strings and with Basie-like accents. Nelson begins and ends the track with a piano blues of crystalline clarity, performing it with professional ease and with jubilation in a manner comparable to the way that Gene Harris connected to audiences. Nelson improvises with rippling lines, repeated falling phrases, and melodic dense chords over the expanse of the keyboard.

Will the full sextet record again? Who knows? No doubt they hope so.

But tomorrow is not promised. 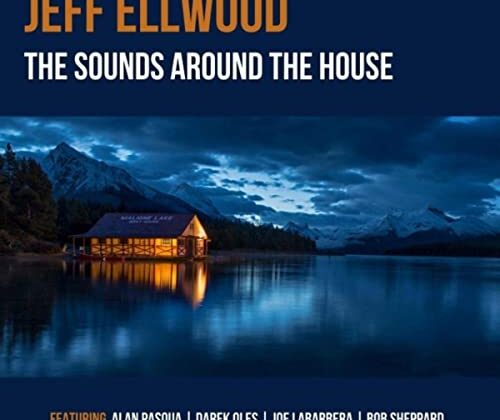