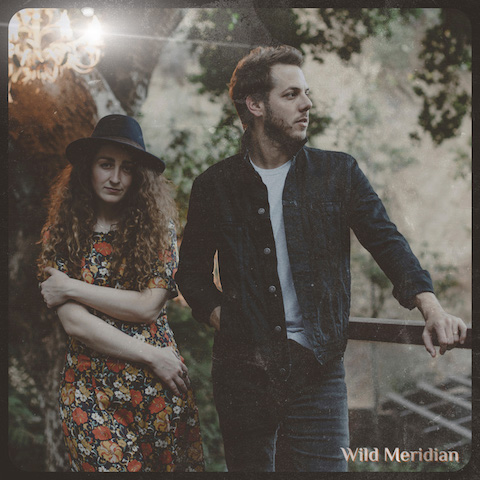 Two of the industry’s most celebrated songwriters have teamed up for one of the most highly-anticipated projects of the year. Wild Meridian, featuring Billboard #1 writer Hillary Reynolds (Little Big Town, Backstreet Boys, Andy Grammar) and Jesse Macht (cowriter with Robopop, Tyler Lyle of the Midnight, Sean Douglas) has unveiled their debut single from their forthcoming, full-length album.

“How I Know,” which wasproduced by Grammy-Nominated, Platinum-selling songwriter, artist, producer and multi-instrumentalist WYNNE (Machine Gun Kelly, Lennon Stella, Odesza), is described by Reynolds as “Nashvillian born in the canyons of LA.” She also says that the debut track epitomizes the duo’s textured, dynamic sound “sitting comfortably at the crossroads of folk, country, and modern rock.”

“Once Jesse and I started singing together, we knew we were on to something – something in our voices just locked in,” Reynolds said. “Independently, we have completely different styles. Jesse has more grit and my sound is more soothing. But in this project, we play with that tension through closely-interwoven harmonies, drawing from our shared inspiration and mutual love of Gram Parsons and Emmylou Harris and The Civil Wars.”

“How I Know”was recorded at WYNNE’s home studio in Los Angeles and, in addition to Reynolds and Macht on vocals and Macht on guitar, features a “who’s who” of musicians including, WYNNE and Tyler Carrol (Bass), Rob Humphreys (Drums) Ken Belcher and Marton Bisits (Guitar), and Mikey Wells (Keys).

Wild Meridian’s full-length album is slated for a June 2022 release. According to Reynolds, it was a project that they drew a lot of energy from, and finished, during the Pandemic. “We’ve been so patient and have definitely been looking forward to sharing these songs for a long while now,” she said.

Reynolds and Macht have been writing and performing together since 2020 when they met at The Hotel Cafe in Los Angeles, CA after one of the Monday Night Songwriter Showcases. Macht intuitively knew that with his evocative, Americana sound, and Reynolds’ serene, almost ethereal voice, that the two could write songs that transcended pop genres and conventional Nashvillian boundaries.

“Our duo steers head-on into romantic harmonies and concepts. We don’t shy away from the drama – in fact, we embrace it,” Macht said. “We wrote a record we would want to listen to. I think we’re hoping Wild Meridian can add some new flavor to a nostalgic sound.”

Hillary Reynolds is a LA songwriter who is best known for writing The Little Big Town #1 Billboard Hit “Next To You” from their 2020 album Nightfall. Her latest single “What Faith Is,” which was written during the Pandemic to support the Loveland Therapy Foundation, a non-profit organization dedicated to providing therapy support – primarily mental health therapy – to black women and girls (https://thelovelandfoundation.org), was praised by fans and critics alike with Skope Magazine writing:

“Hillary Reynolds is a vibrant singer/songwriter who has graced us with her touching performance on the blessed, new single titled ‘What Faith Is’. The song is all about hope and ‘What Faith Is’ is a bright spark in today’s wild world.”

Throughout her career, she has collaborated with writers from Warner/Chappell Music and Sony/ATV as well as film composers, such as Andy Forsberg for scores/songs in feature film projects for Lifetime and Netflix. Her Americana/Pop trio Peridot also signed a licensing agreement with Aperture Music with owner Jonathan Leahy (HBO Girls, New Girl), Reynolds now writes with Mike Jade (Backstreet Boys, Andy Grammar), Dani Rose and Kalie Shorr (Honey County).

Jesse Macht is a Los Angeles and Nashville- based singer-songwriter who earned his chops as a co-songwriter with Sean Douglas (Thomas Rhett, Selena Gomez, etc.) for the band Burn Down the Mission. Younger brother of actor Gabriel Macht (Suits’ Harvey Specter), and son to veteran actor Stephen Macht, Jesse has been named as an “AXS LA Songwriter of the Year,” member of the ASCAP championed mentorship program, written solo artist records, and written with artists like The Midnight / The Spring Standards / Robopop, as well as hit songwriters including Audra Mae, Matt Parad, The Score, Jeremy Silver, Stephen Gage, Adam Wood, and Dwane Shivers.