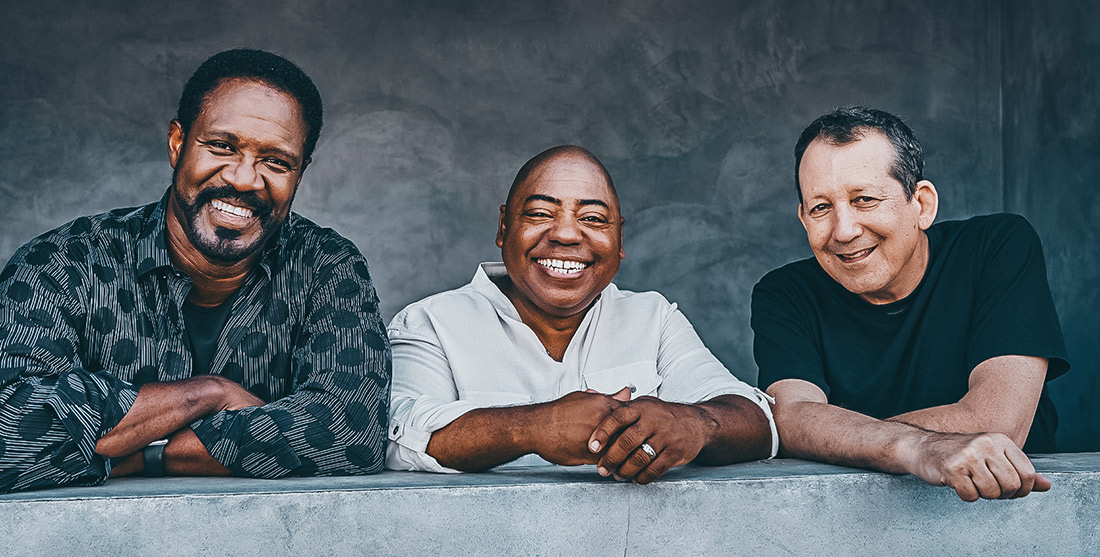 This super group can whisk you’re your mind away with Jazz, humble your heart with Soul, and make your foot stomp with Funk. When describing the performance of “Jazz Funk Soul” featuring 2018 Grammy winner Jeff Lorber, Grammy nominee’s Everette Harp, and Paul Jackson Jr., you’re talking about the real thing in adult contemporary music.

After 6 Grammy nominations Jeff scored his first Grammy win in 2018, for Best Contemporary Instrumental album for his recording of “Prototype”. Considered a master craftsman jazz pianist, Jeff Lorber has distinguished himself as a writer and producer (Dave Koz, Kenn G) with collaborations from Chick Corea to Gerald Albright with too many notables to be named in between. With the fourth “Jazz Funk Soul” album released in 2019, Jeff also has 13 solo albums to his credit.

Whether he is jamming with President Clinton or performing with Aretha Franklin, Billy Joel, Chaka Khan, Stanley Clarke, or Dianne Reeves, you always get 100% on stage with the captivating presence of 2015 Grammy nominee Everette Harp. In addition to seven solo albums, Everette has appeared on all 4 Jazz Funk Soul recordings since Everette co-founded the group Jazz Funk Soul in 2014 with Jeff Lorber, and the late Chuck Loeb.

“The Guitarist that can play anything” (Herbie Hancock)

Paul received in 1989 a Grammy Nomination for Best R&B Instrumental “I Came to Play”. He was the guitarist on three Grammy winning albums including Michael Jackson’s “Thriller”. Paul has either played with, composed for, or collaborated with an encyclopedia of music icons of all genres including Elton John, Whitney Houston, Pattie Labelle, George Benson, George Duke, David Benoit, and Al Jarreau. Following two #1 singles from his last album “Stories From Stompin’ Willy”, A new single from his forthcoming album “More Stories” entitled “City of Refuge” is due for release everywhere April 15.

Next post CD Release: Tomorrow Is Not Promised, The Josh Nelson/Bob Bowman Collective