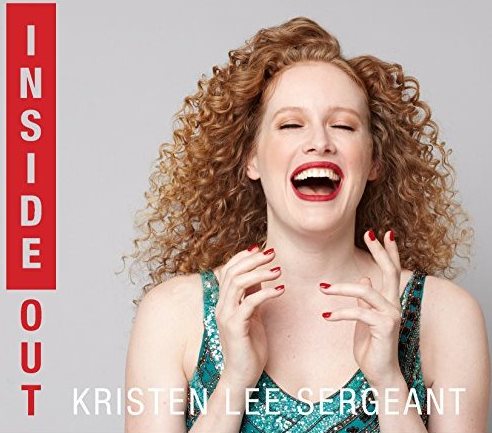 The most fascinating jazz performers are those who continue to discover new resources within themselves to continue a personal evolution that they then share with listeners. Some of those singers or musicians are recognized even by their “early-,” “mid-” or “late-career” recordings as a recognition of their growth and distinct variations in style, even as they remain individually recognizable. Singer Kristen Lee Sergeant, who initially pursued classical and theatrical singing, falls into that category of restless growth.

Thankfully, Sergeant’s divergent artistic experiences, now convergent, have led not only to a fresh perspective about music, but also to an individually distinctive style of jazz singing. Now certifiably an exciting jazz singer who infuses her own personality into her performances, Sergeant catalyzes all of her progressive vocal training to transform familiar songs so effortlessly that one would think she has sung jazz since infancy. She hasn’t, though.

Fearless and thoughtful, instinctively unearthing a song’s latent possibilities in ways that other musical performers haven’t, Sergeant recalls the talent for devil-may-care, in-your-face originality associated with Anita O’Day, Abbey Lincoln or Carmen McRae. Not surprisingly, some of Sergeant’s personally favorite songs appear on her break-out jazz album, Inside/Out—not to be confused with the Oscar-winning animated movie of the same name, Inside Out. Though Sergeant’s album includes a virgule in its title, both the vocal recording and the movie nonetheless similarly explore the complexity of human interactions arising from deep thought processes—in Sergeant’s case, the shaping of breath into the sung sharing of revelations and beauty. It appears that Sergeant’s experiences with musical theater have taught her to inhabit the characters described in her songs by delving into the moods suggested by the few precisely chosen words comprising their lyrics.

As a result, not only does the listener hear once again the show-stopping verses of “Never Will I Marry,” the album’s first song, but also Sergeant comprehends the character’s determination and the reasons for that character’s refusal. The force of her performance then flows from the reason for the song’s existence. Its brief scat introduction, reinforced by Chris Berger’s bass vamp and David Budway’s cushion of modal chords, gives little hint of the varying moods that follow. That intro does, however, immediately inform that listener that this is a group of instant mutual musical understanding and that what follows on the album may be a great interest. That expectation is confirmed when they and drummer Vince Ector seamlessly break into an infectious swing of walking bass lines supporting Sergeant’s affirmation of unwed conviction. The group’s tight adherence reinforces the implications of the arrangement, such as extending the word “wed” as a low note over a rhythmic pause as if “wed” were a dreaded verb, or such as the trio’s set-up of loping energy as Sergeant sings “born to wander.” Sergeant brings life to the lyrics by her gliding upward pitch on the word “I” before the word “marry” or by repeating the phrase “born to wander” five times in varying rhythms, notes and volumes before she ends on a diminished fifth.

Sergeant continues the “never” theme by concluding Inside/Out with “It Never Entered My Mind,” as if the first and last songs were part of a lieder narrative. Indeed, “It Never Entered My Mind” is performed as a modern-day lied, with Budway the only accompanist. Sergeant performs the song succinctly, plainly and plaintively, without ornamentation and with total vocal control. The performance with just Budway allows Sergeant to take her signature breaks and stretch rhythms at will as Budway plays with restraint in simple patterns of three. One would expect the narrative to include other songs of the same theme, such as “Never Never Land,” “Never Let Me Go” or “Never My Love,” for example. But Sergeant has other themes to explore, which fortunately involve quirky, thoughtfully realized and imaginative performances.

Sergeant chose two songs from the eighties that have become musical pabulum through repetitive-to-the-point-of-somnolence, musak-induced shopping mood enhancement, and thus they have been taken for granted long ago. Sergeant and her trio, however, through incisive understanding of and abandonment to the initial feelings of the songs, shock listeners into renewed awareness of the lyrics. Who recognizes now that The Police’s “Every Breath You Take” describes uncomfortable, even creepy, possessiveness with lyrics like “Every breath you take / Every move you make… / Every word you say / Every game you play… / I’ll be watching you”? In contrasted perspective, Sergeant & Co. take a light-hearted approach with a vamp akin to “Killer Joe’s” as she sings each phrase as a tersely asserted consideration for cumulative effect. The simplicity of the melody and the memorable two-chord basis for Tears for Fears’s “Everybody Wants to Rule the World” obscure the its dark observations about the quest for power and the destructiveness of war. Again, Sergeant keeps the tempo upbeat, even as she almost declaratively states the lyrics at first, as if in poetic cadence, while the trio backs her up with the familiar changes. And then there’s David Budway! Equally adept at accompaniment, adding broad chords and rippling tremolos to the song’s customary background, and at crafting exciting improvisations, Budway breaks into a memorable solo segment of minor-key Tyner-istic modality and brief clavé that inspire Sergeant to embellish it with her own chittering and upper-register wordless interjections and trills.

Sergeant makes a third, less top-of-mind song from the eighties, “I Melt with You,” even more intriguing by aurally suggesting the concept of melting and by underlining the seriousness of the song’s theme, a grim one like that of “Everybody Wants to Rule the World’s.” Sergeant’s fresh perspective takes the new-wave group’s, Modern English’s, version as a point of departure to establish her own separately styled intensity. The “melting” commences as Berger’s first repeated two notes “melt” into each other and roll downward in tandem before Budway’s sudden crashing chord breaks apart into a shimmering crescendo. Sergeant’s voice “melts” too after she delivers the first choruses in a Sheila Jordan-like fashion and before she delivers her own spoken-word addition. She, as well as Robbie Grey, makes clear that the “sublime melting” refers to an “explosive unity” as they “light the sky” and “turn to ash” because of a nuclear explosion. And this is where Sergeant reinvigorates an almost-forgotten song as a statement, rather than making more melodic the lyrics. When she concludes through several repetitions that “I’ll stop the world and melt with you,” one would hope for the return of her “Never!” theme as a conclusion to “I Melt with You.” But “never” never returns as a signal of hope.

Out of such darkness does emerge the light of Sergio Mendes’s “So Many Stars”: “The dark is filled with dreams… / When there’s a dream for every star… / And there are oh so many stars.” Sung to enjoy the sheer beauty of the piece, Sergeant takes few liberties with “So Many Stars” and creates a radio-friendly jewel, freshened as always by thoughtful pauses and by Budway’s coruscating accompaniment. Again, the excellence of her back-up trio can’t be overstated, even when no adventurous onomatopoeia is contributed, as it is in “I Melt with You.”

Sergeant and her group romp through standards like Young/Petkere’s “Lullaby of the Leaves” and Lane/Harburg’s “Old Devil Moon,” the former a carefree, understated, lightly swinging version and the latter an up-tempo rumba-like celebration. And then there’s Sergeant’s own arrangement, unabashedly idiosyncratic, of Rodgers and Hart’s “I Wish I Were in Love Again.” Sergeant offers a reminder of her familiarity with Broadway humor, irony and memorable melodies: “The broken dates / The endless waits / The lovely loving and the hateful hates / The conversations with the flying plates / I wish I were in love again.” Sergeant is a singer who appreciates meaningful and/or witty lyrics, and she adapts them to her personality. In this case, that style involves singer-and-pianist jauntiness punctuated by Budway’s off-the-beat dissonant accents contrasting with a bridge in stride. Sergeant delivers the verses as punchy, distinctly articulated notions, drolly asserted by her emphasis upon the words. Without repeat, the song ends in just over two minutes as Sergeant glides down chromatically to a dominant fifth and a sigh.

And so, Inside/Out represents a rewarding discovery for those unfamiliar with Sergeant’s fresh talents—the result of a decade of artistic evolution—as well as for those who appreciate a uniformly excellent trio. The album provides one arrangement after another of performances that stay in the listener’s head after the music has stopped, most notably because the music provides a sense of Sergeant’s personality, which she invests without restraint in every song. 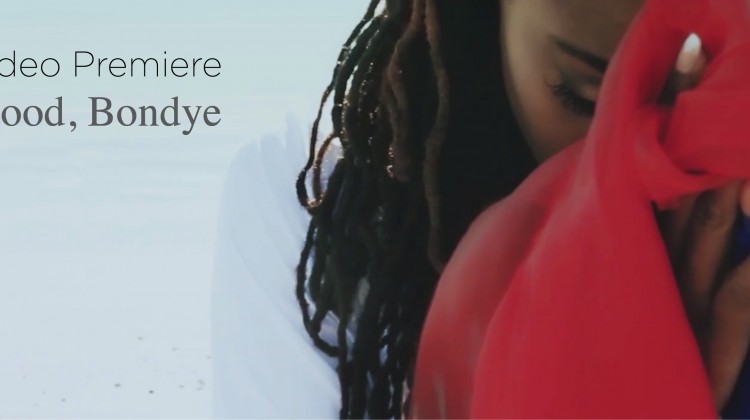