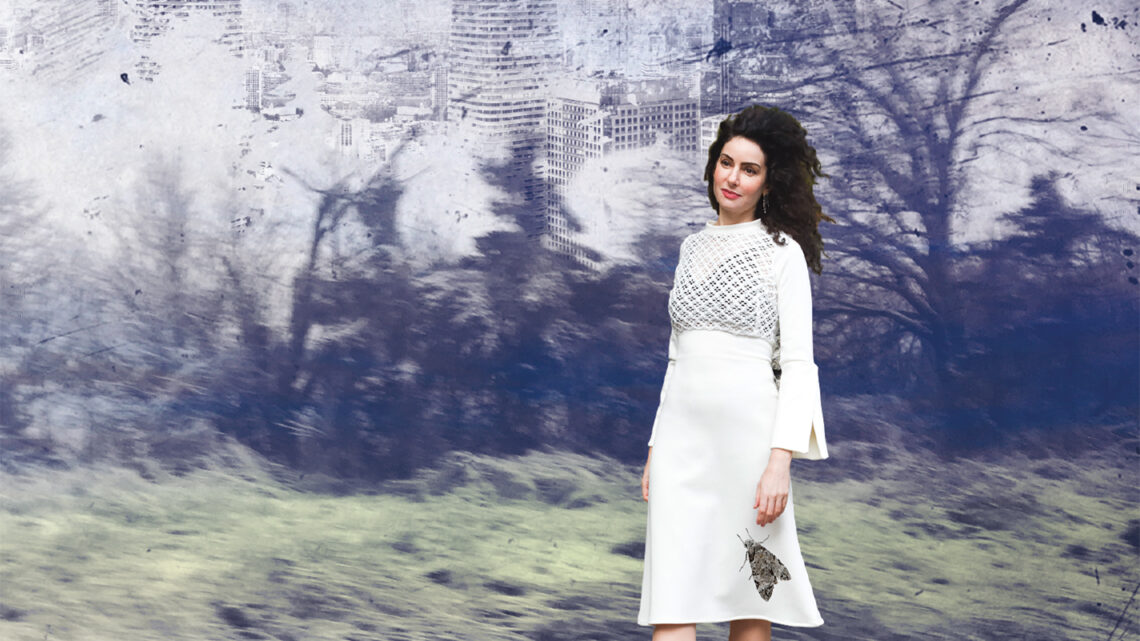 The singer, composer, and poet Lara Solnicki is praised for her “boldly unique style” (All About Jazz). Solnicki’s third album, The One and the Other – out March 12 on the Outside In Music label – is an art song project that mines the tension between her music and poetry. “I call these songs ‘tone poems,’” says Solnicki, “because they are governed and held together by a ‘poetic logic,’ as well as being an off-shoot of that tradition.”

Singles will be released on January 22 and February 12. A Dolby Atmos version of the album  will also be available. Animated videos featuring audio reactive visuals will also be released.

Described by A.F. Moritz (Poet Laureate of Toronto) as a “poet of the most advanced kind,”  Solnicki’s great vocal range is matched by her emotional range, from intimacy to mystery,  from sorrow to rage, exultancy to regret: Moritz says:

Solnicki is a master in her own modern and post-modern poetic mode, which makes powerful use  of the techniques of discontinuity, surprising imagery and juxtaposition of images, and sudden  unexpected leaps of thought and mood. The originality and enigma of the language, within an  overall clarity, is involving, and expresses itself first emotionally.

“Each song is a miniature movie,” says album producer, multi-instrumentalist and composer  Jonathan Goldsmith, who also happens to be one of Canada’s most celebrated film  composers.

Raised in Toronto to a Paris-born filmmaker father, and poet and English-teacher mother,  Solnicki grew up witnessing film creation and production, and reading poetry: “Non-musical  considerations and qualities in poetry and film do appear to be in the DNA of this cycle, most  of which happened unconsciously during the creation process.” Solnicki credits poets Charles  Baudelaire, René Char, Sylvia Plath, Octavio Paz, along with composers Claude Debussy,  Maurice Ravel, J.S. Bach, contemporary jazz, and free jazz as the album’s major influences.

The cycle is an exploration into what I perceive as the inherent tension between music and text,  where ‘one’ takes the lead with the ‘other ‘allocated to a subordinate role. Sometimes they are  engaged in a courtship dance, other times they’re awkwardly at odds with one another. This  tension is used to create narrative, drama and even compositional techniques. –LS