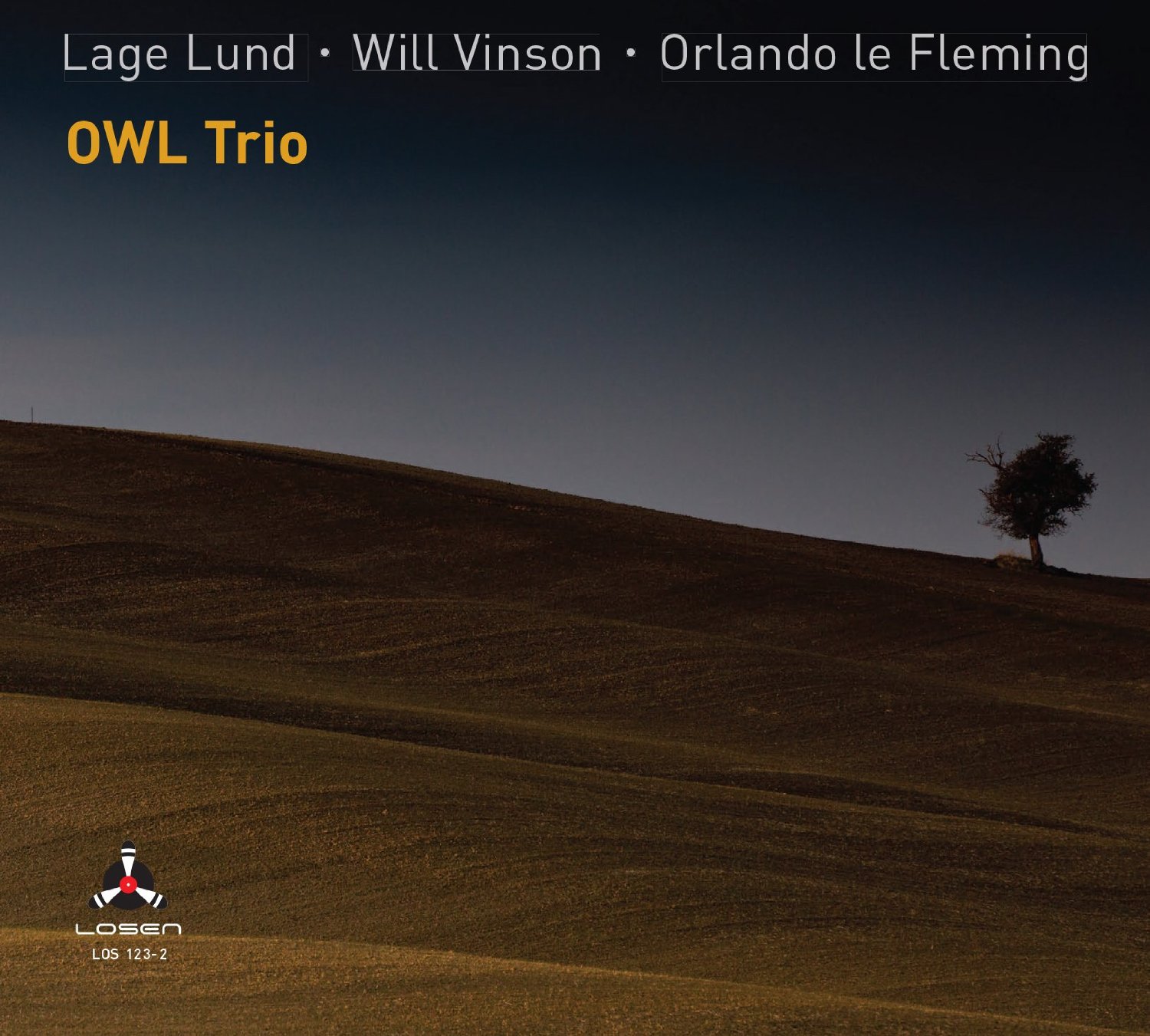 Recently, I thought I would reacquaint myself with the music of Paul Desmond, and I started playing for my pleasure some of his albums with Gerry Mulligan, Ron Carter, Jim Hall, and of course Connie Kay and Gene Wright. Not just Desmond’s cool and sweetness of tone, but also his calmness and gentle control of a performance, were unique at a time of hard bop, fusion and free jazz. During the same week, I received for review the OWL Trio’s first CD and experienced an OMG moment. The similarities between the OWL Trio’s album and Desmond’s recordings with Hall are intriguing.

Apparently, the similarities are coincidental. Or were they?

The OWL Trio’s album does include Jim Hall’s “All Across the City,” which he recorded on some of his own albums. Guitarist Lage Lund’s minimalist, resonant, exploratory style can recall Hall’s, one of his primary influences. And Will Vinson has a liquidity of tone reminiscent of Desmond’s, even with similar note choices and their elongation of notes to stress low-drama resolution or sophisticated dynamism. Bassist Orlando de Fleming steadies the rhythms, allowing Lund and Vinson to be relaxed in their musical conversations as they provide much implication throughout the album as they stress the value of understatement and the primacy of beauty over ostentatious audience-prodding.

Aware of Desmond’s recordings or not, the trio members’ intention was to document their special musical relationship that became apparent during previous work in other bands. Further purifying the OWL Trio’s purity of sound, they accepted photographer Jimmy Katz’s advice to record in an abandoned Brooklyn church that Katz discovered during a Pat Metheny project. Skeptical at first, Lund, Vinson and le Fleming grew to appreciate the uniqueness of the acoustics there and to maximize the opportunity’s potential.

Certainly, there is a ringing quality to the sound, pealing with unmuffled clarity, and the instruments’ notes come across with intimacy and and richness.

The recording proceeded unrehearsed and without retakes but certainly with spontaneity as they started playing standards or improvised tunes named for the occasion. In “Churchgoing,” cleverly, the trio suggests the pealing quality of bells as Lund and Vinson repeat the same intervals at irregular times, in circular response to one another or as the improvisational spirit arises, in an entirely modal imitation of imagined sounds within the church when it contained parishioners.

Coming across with directness as if performing in front of listeners, the OWL Trio captures attention with immediacy and a melodic sensibility even during improvisation, such as Lund’s perspective on “Yesterdays” as he combines agitation with placidity for a unique control and appreciation of the song. With solid support but equal mutual respect, le Fleming pushes the motion with relaxed walking lines while remaining in the background, shaping the song’s mood. In a turnabout, le Fleming kicks off “From This Moment On” with his own solo as sax and guitar accompany him before they ease into their own elegant solos.

The trio includes three more spiritually based pieces in accord with the occasion: John Coltrane’s “Dear Lord” and the OWL Trio’s own improvised pieces, “Hallow” and “Blues for Jimmy.” Played more with serenity than outward fervor, the meditative “Dear Lord” relies on, again, Lund’s concise, affecting accompaniment of few notes and Vinson’s swelling and contracting shaping of the melody with few improvisational flourishes, as if respect for the tune governs their approach. “Hallow” also values sonic space, long tones and intertwined lines for imaginative implication, allowing the listener to connect the dots for the total picture of spiritual meditation. “Blues for Jimmy” evolves from a two-note interval at various pitches over le Fleming’s walking lines. As is, blues changes are barely perceptible, and the OWL Trio puts its own unique stamp on the blues (for Jimmy).

No doubt Paul Desmond and Jim Hall too would think that’s very cool.