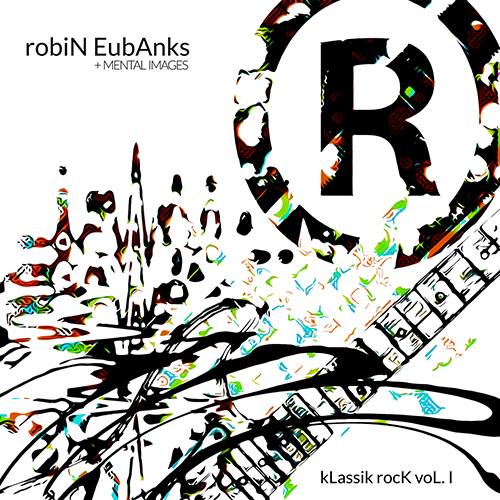 Often, it seems that jazz musicians proceed through a path of initial musical discovery, exposure to jazz, growth of their jazz careers, and then a final synthesis of everything they experienced along the way. For example, Monty Alexander lately has concentrated on the reggae music heard in his youth in Jamaica; Miguel Zeñon is investigating on his most recent albums the musical forms of his native Puerto Rico; Fred Hersch has been combining his classical and jazz influences for the past twenty years; and Lionel Loueke brought to the United States the music of his homeland of Benin, even as he worked with jazz icons like Herbie Hancock and Wayne Shorter. Now Robin Eubanks has blended all of his former influences on a single album. That is, he has combined with jazz the funk, rhythm and blues, and rock of his youth, not to mention bringing in his electronic and metrical innovations. The result is kLassik rocK vol.1. Eubanks already suggests the ambitions of his undertaking through the implication that there will be a vol.2. We hope so.

The breadth of the undertaking may have caused concern among other musicians, but apparently not for Eubanks. He has completed so far album 1 of his intended series, but he covers just three rock groups in it. The remaining tracks of kLassic rocK vol.1 are Eubanks’s compositions. Which is a good thing, as Robin Eubanks’s listeners realize. His distinctive compositions have become associated with the groups he has joined, from M-BASE to the Dave Holland Quintet and the Dave Holland Big Band. Nonetheless, opportunity for recorded expansion exists for Eubanks and Mental Images to personalize the pre-jazz music that inspired him.

Embracing the digital model of public funding of jazz recordings, rather than relying on entertainment corporations for production and promotion—as he did with Verve’s backing of, for example 4) robin eubanks mental images—Eubanks is free to perform the music he imagines without profit/loss constraints, rather than holding back in anticipation of a producer’s business objections. So, catalyzing the music that Eubanks has absorbed, kLassic rocK vol.1 bursts with the joy of personal expression, allowing to emerge the music that Eubanks has considered recording for over a decade.

The album starts with Sly Stone’s kLassic “Thank You,” drawing in listeners through familiarity blended with exploration. But Robin Eubanks being Robin Eubanks, his interpretation rocKs out in a nine-four meter, initially defined by his and brother Duane Eubanks’s staccato vamp. Then Corey Glover, of Living Colour and Galactic, not to mention Jesus Christ Superstar, takes over the vocal lead with falsetto cries, interwoven wails, gospel-influenced responses and, yes, straightforward melody too. Soon enough, Kevin Eubanks enters too, and the fraternal trio is complete, along with keyboardist Mike King, bassist Boris Koslov and drummer Nate Smith.

Not only does Robin Eubanks join in singing the lyrics, but also he individualizes the track with first a solo on traditional trombone and then electric trombone work, thereby joining the ranks of jazz musicians like Jaco Pastorius or Gary Burton—or J.J. Johnson—who have expanded the possibilities of their instruments. In fact, Eubanks uses electronic effects on all of the rock classics from the late sixties and early to mid-seventies. One wouldn’t think so when Eubanks takes on Led Zeppelin’s “Kashmir” with brass trombone, no electric enhancements included, for the track’s first four minutes. But then, sure enough, Eubanks switches on the electronics, creating another sonic realm of by altering the trombone’s expected mellowness while losing none of his musical wit. The uniqueness of effect allows harmonic interplay during King’s solo, the note-articulated keyboard improvisation contrasting with Eubanks’s less tonally defined electronic musical commentary. While that commentary on non-electrified trombone might have consisted of wails and mutters and blurts, though sometimes with various mutes, on “Kashmir” it attains a non-manual muting of the instrument that levels the extremes of volume and contributes to the electric alteration of sound, much as Koslov’s bass booms and bounds in a manner nowhere near the subtler vibration of the upright string bass.

Eubanks’s electronic voicing expands the possibilities of Led Zeppelin’s “The Ocean,” actually a concise arrangement allowing for members’ individualism, as the trombone contributes a brief uniqueness that charms rather than dominates.  Again, Glover carries the lyrics of the original, but the track attains danceable outreach to the audience when Eubanks toys with the meter, providing opportunities for Smith and percussionist Daniel Sadownick as they veer from rock references to jazz accents to Latin rhythms. The fourth kLassik rocK tribute on vol.1, “Fire,” goes out to Jimi Hendrix, no doubt an inspiration for Kevin Eubanks’s aggressive, distortion-laden, notes-a-flyin’, uninhibited solo—and surely one that would have never flown on The Tonight Show. “Fire” is the song that maximizes the potential of electric trombone as the Eubanks brothers swap amplified ideas and choruses. As a result, Robin Eubanks’s work attains the skronky level of excitement that rock guitar achieves through the full wired force of the instruments. Interestingly, though, as the track progresses, and after Smith’s solo, Sadownick’s percussiveness contributes more prominently to the mix. It becomes evident that Eubanks’s vision is an amalgam of his interests that work to create the sound he seeks—and which he’ll continue to work with in the future. It’s music without category that blends the categories of his experiences.

David Silliman’s percussive instrumentation takes center stage on “Bahian Parade” as he and Smith create a medium-tempo Brazilian street parade feel with bells and whistles and a repetitive walking cadence after Eubanks’s solo un-muted and non-electrified introduction. Duane Eubanks joins the march by playing the melody, Robin in harmony, before King takes over the unrushed improvisation.  “Between the Lines” best achieves Eubanks’s mixture of electric trombone voicing, throbbing electric bass lines derived from jazz/rock recordings, unconventional meter, percussive force through Billy Kilson’s extended drum solo, a defining vamp by Bowers’s keyboard work, and virtuoso brass trombone improvisation backed solely by Kilson. Eubanks’s “United Vision” recruits Kuumba Frank Lacy, not to add to the track as a trombonist, but to sing the melody influenced by Earth Wind and Fire (“Shining Star”) and Stevie Wonder (“Superstition”) in unison with trombone over Kozlov’s popping bass lines and over Kilson’s backbeat. On the other hand, “Shifting Centers” involves Antonio Hart on alto sax, a member of Mental Images too on 4) robin eubanks, as he and Eubanks evolve a pulsating, modal theme through metrical changes.

So, not only does Mental Images allow Eubanks to consolidate into his albums whatever musical genre he wishes. Also, it provides him with opportunities to include whatever musicians who are right for his concepts—including also Randy Brecker, Dave Holland and Marvin “Smitty” Smith on 4) robin eubanks mental images, or George Colligan, Lonnie Plaxico and Mino Cinelu on Get 2 it. In other words, the muse and the music provide Eubanks’s lead. The musicians and the instrumentation follow. Now that Robin Eubanks makes recording decisions without the need for permission from an entertainment corporation, he can, at the age of 58, broaden his work to encompass his full range of concepts including, but not limited to, kLassik rocK. 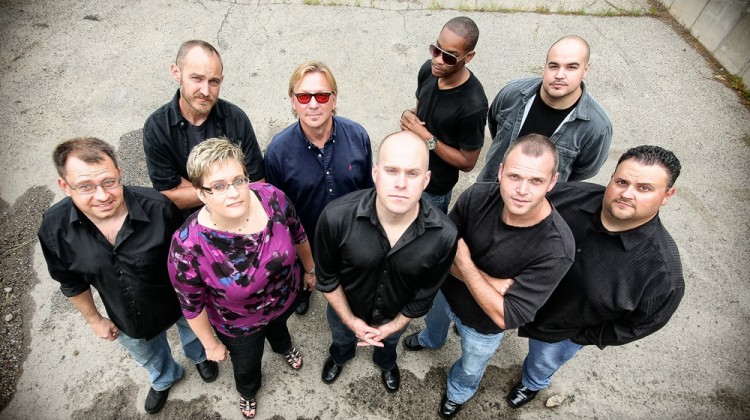