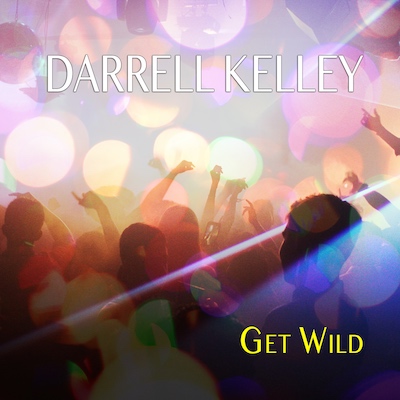 As previously predicted last spring, Darrell Kelley, who’s put out a steady stream of recordings in the last year has now released a new album that takes the musician, spiritual leader, author and entrepreneur for a 180 ° turn in a new artistic direction. “Get Wild” is a step in Darrell Kelley’s transition from the non-secular to the secular side of R&B/Hip-Hop music. The 10 songs on this album are about love, relationships, sex and even drug use. They will not only surprise many of the fans who have followed him since the beginning of his career, but will surely upset a few. Perhaps the rustling of these fan’s feathers was something Kelley anticipated and he even eerily hinted at in the title of his initial EP release in 2018. Coincidence or premonition, we are left on your own to decide.

“Storm Is Coming” was his debut R&B/contemporary Gospel EP in 2018 acting as the musical launch pad leading to multiple radio singles that included the radio chart climber “Believe in Something (Kneel)”, a scathing rebuke of the Colin Kaepernick controversy and critique of the lack of social justice many races and economically struggling citizens are afforded in our society. To kick off 2019 he officially released his debut album titled “Unity”. This was followed by his April 25, 2019, sophomore album titled “Here Ends the Lesson”. Like “Unity” it shared his philosophies of love, acceptance, respect, and of course unity, which he detailed in Darrell Kelley’s “The Book of UWGEAM”. A book that spawned a new religion Kelley calls UWGEAM. UWGEAM is an acronym used to summarize his belief in the God of the universe, God of the world, God of all gods, God of everything, and God of anything including one’s self. Beliefs he not only shared with millions of viewers on his programs broadcast on The NOW Network, but also as a guest on various ABC, CBS and NBC television networks.

Last week, July 5, 2019, was the worldwide retail street date for Darrell Kelley’s third album. North American radio and press campaigns have already been launched to promote “Get Wild”. The album name is derived from the first song of ten tracks on his compilation and is a remix and reworking of a song of the same name on his prior nine track non-secular second album, “Here Ends The Lesson”. Mainstream Top 40 and Mainstream R&B/Hip-Hop radio stations have already been serviced with his single, “I’m So High”, which is also a featured track on this full length release. It’s dealing with touchy subject matter that could force the FCC hand down a ruling if it causes too much controversy when aired by the various broadcasters in more conservative radio markets.

Additional personal appearances and other events will be announced in the upcoming weeks. Darrell Kelley’s press kit will be provided upon request to all members of the media by contacting the representative listed below. He is presently available for interviews and/or appearances. More news, updates and other information about upcoming events may also be found at:www.facebook.com/darrellkelleysmusic