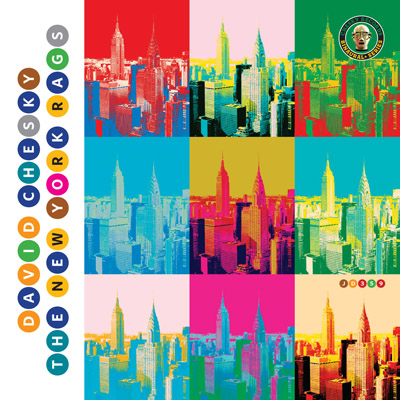 David Chesky’s series of 18 modern virtuoso solo piano rags are inspired by life in the bustling and intense metropolis of New York City, a place he has called home since 1974. The work seems to owe as much to Henry Cowell and Charles Ives’ use of dissonance, Elliott Carter’s atonalism, Conlon Nancarrow’s experimental piano rolls, Leonard Bernstein’s syncopation, and Cecil Taylor’s whirlwind free jazz as they do to Joplin’s ragtime classics. These pieces are taken from Chesky’s unique rhythmic and harmonic style of composition, fused together with stride piano and ragtime to capture the everyday life of modern pulsating New York City. This album was recorded in Binaural+ for both speaker and 3D headphone playback and has EXTREME dynamics, so please set your playback levels carefully.   LISTEN HERE