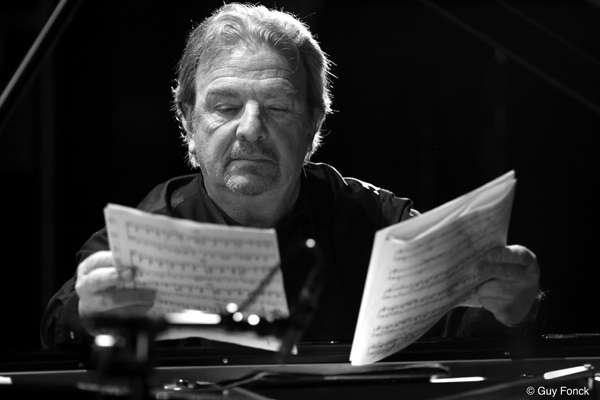 His Quartet will consist of WALTER CASTRO on Bandoneon, direct from Buenos Aires, CLAUDIO RAGAZZI on Guitar, and PEDRO GIRAUDO on Bass.  Add to this Classical Cellist JISOO OK and Special Guest  Jazz Vibist STEFON HARRIS.

ZIEGLER, Composer/Pianist/Arranger who toured with the great Argentinian musician Astor Piazzolla for years, brings his prowess behind the piano and his compositional talent to this most interesting ensemble, a program mix of Piazzolla and Ziegler.

Mr. Ziegler is the greatest living exponent of Nuevo.  Says All About Jazz, Ziegler “brings a sense of passion and surprise to every one of his solos.”  His just released CD with the Metropole Orkest of Amsterdam has been receiving raves from all the critics with Critical Jazz calling it  “an inspiring release proving that the brilliance of New Tango did not die with Astor Piazzolla but instead has been reinvented under the skillful hands of the great Pablo Ziegler.”

The music will swing left and right with Maestro Ziegler’s majestic flair dazzling audiences on piano in the center of it all.  Special arrangements have been written for cello taking the music into a breathtaking arena of ‘Tango Meets Classical” with sensual rhythms and then making a right turn as Stefon Harris takes the stage and improvises upon Ziegler’s charts taking Tango sounds deep into Jazz and all the excitement that brings.