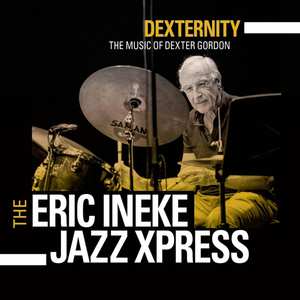 When Dutch drummer Eric Ineke started to play under his own name in 2006 he decided to call his quintet the Eric Ineke JazzXPress. The ultimate sideman (the label his long time companion Dave Liebman gave him) who accompanied legendary soloists like Jimmy Griffin, Dizzy Gillespie, George Coleman and Hank Mobley linked his name to a dreamteam. The quintet recorded five wellreceived albums and last month they released another album.

This album, called Dexternity, is dedicated to legendary tenor saxophonist Dexter Gordon. Ineke regularly played with Long Tall Dexter between 1972 and 1977. One of these concerts was recorded on a double album, called All Souls’ (recording: The Rob Agerbeek Trio, featuring Dexter Gordon, The Hague, november 2, 1972). None of the songs on this album appears on this Gordon- homage. However, this disc contains a collection of Dexter’s finest compositions. Eight of them are respectful edited by Marius Beets, Rob van Bavel and Sjoerd Dijkhuizen. The album features songs like “Fried Bananas,” “Mrs. Minniver” “Cheesecake” and Johnny Green composition “Body and Soul.”

The CD kicks of with Fried Bananas, wich introduces the sound of the master, packed in a beautiful interplay between Rik Mol and Sjoerd Dijkhuizen. Ineke and Beets play their steady parts, each in their supporting role. This pattern is continued in Dexters swinging ode to the Black Panthers, called The Panther. Van Bavel makes his point and proofs he is one of Europe’s best jazzpianists. The quintet continues with the rarely performed Tivoli, the title track of a pornographic film. A silent tribute to a forgotten era.

Besides the dominant brassparts we can enjoy Rob van Bavels distinguished piano. The arrangements of Fried Bananas, Boston Bernie and Mrs. Minniver are his. A true craftsman who moves effortlessly between the roles of accompanist to soloist and back again. Van Bavel was ten years old when Gordon toured the Netherlands, but Dexter Gordon would have been really happy with a sideman of this level.

Dexter Gordon. Eric Ineke played many times with him in the seventies. And he has been through a lot with this legend. Ineke talked about it with Dave Liebman. The interviews are included in “The Ultimate Sideman” (2012, Pincio Uitgeverij, Zoetermeer): ‘He was slow. If we said: “Dexter we have to go…” he said: “Oh, relax, relax…just take it easy.” Frequently he arrived one and a half hour later. Just to get him into the car and say: “Come on Dex, let’s go”, it costs a lot of energy. But he always got away with it… Dexter just played one and a half hour longer. I always came home late in the morning. He really played what people wanted him to play. They paid their money for it and they got what they wanted.’

Bernie Boston, Sony Califa and Cheese Cake obviously bring us the sound of the JazzXpress: timeless bop in a contemporary sauce. Gordon performed the songs represented on this album without trumpeter. The Jazz Xpress arrangers had to adapt the compositions for quintet with a trumpet. They have been tremendously successful. Ineke still is the ultimate sideman in his own band. Both on CD and hopefully also in concert halls!

Eric Ineke Jazz Xpress takes us right back to the sparkling sound of Dexter in the idiom of contemporary jazz. Dexternity proofs to be an inimitable tribute to this tenor giant by one of his finest companions. 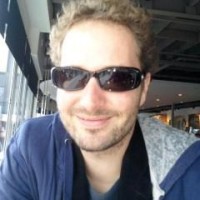