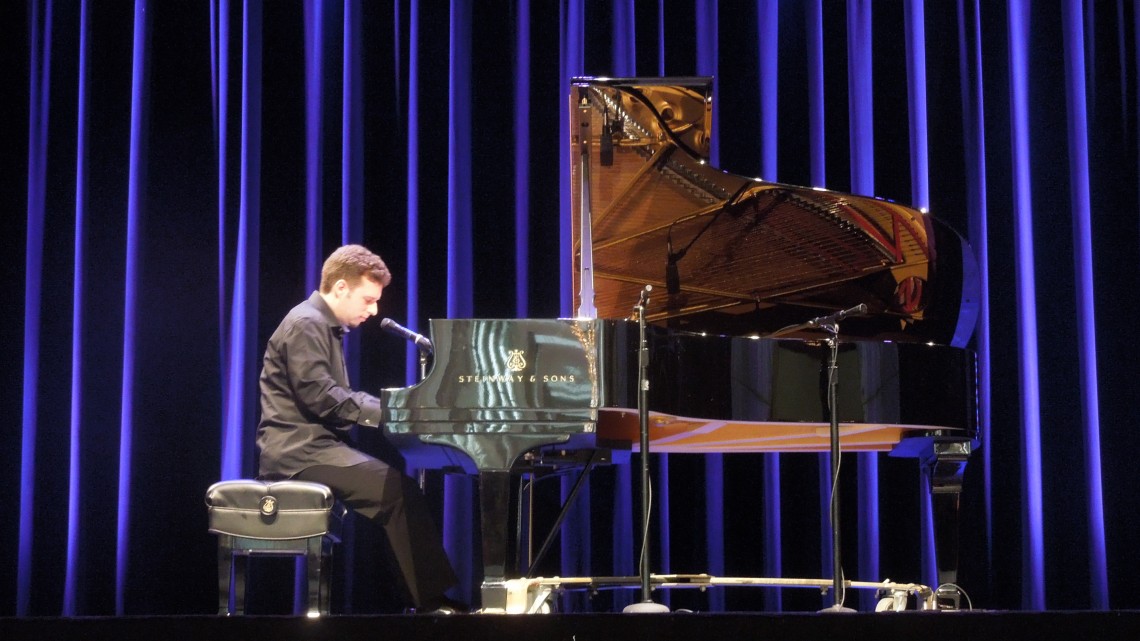 Serbian pianist and composer Dimitrije Vasiljevic held a solo piano concert on May 12, 2014 at the major cultural institution of Washington – the Kennedy Center. This event was part of a series of concerts held at the Millennium stage in celebration of the “European Month of Culture” in which artists from many European countries participated.

Vasiljevic performed his original compositions “Ellipsis”, “Ditto”, “Ocean Express” and “Wardenclyffe”. He also premiered his latest piano composition “Sacré-Cœur”, introducing it in the program with words “broken glass on the streets of Paris, sacred stone of the ancient time. As the sunset embraces the sleepless city, the church of love stands above us all”.

In addition to his original compositions which the audience warmly welcomed, Vasiljevic paid tribute to legendary Miles Davis while performing “All Blues” in his own arrangement. The program also included Vasiljevic’s adaptation of “Wonderwall”, a song by a British rock band Oasis, and “We Will Meet Again” by the jazz great Bill Evans.

“I am happy that I performed at the Kennedy Center”, said Vasiljevic, who currently lives in New York where he performed at many venues, including the Carnegie Hall. Most recently, he performed at the United Nations headquarters on the occasion of the International Jazz Day on April 30th. “I tried to highlight the diversity of jazz as a musical expression by presenting a wide repertoire. Judging by the audience reaction, I’d say I succeeded in my endeavor to present both my country and jazz music in the best possible way, while making my contribution to the European Month of Culture.”

Co-organizer of the concert was the Embassy of Serbia in Washington.

The concert was broadcast live and the recording can be views at this link http://www.kennedy-center.org/explorer/videos/?id=M5855