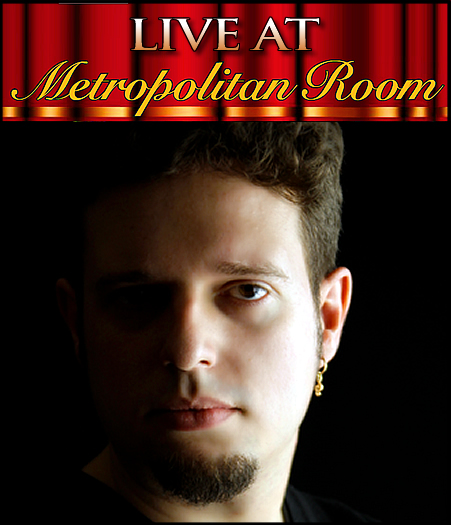 When you think of jazzing up the fall think jazz pianist and composer Dimitrije Vasiljevic, whose inspiring performance at the Metropolitan Room on November 11 left the audience with one word on their mind – outstanding!

Dimitrije Vasiljevic is a New York-based award-winning pianist and composer who has been hailed by jazz masters as one of the most promising names in the jazz world, combining the gentle flavor of European jazz with Balkan motives. Jean-Michel Pilc, an accomplished French pianist and Dimitrije’s mentor, describes him as: “Dimitrije is a rare example of a musician whose qualities – sensibility, virtuosity, harmonic and melodic invention – all converge towards the same point: a music of deep and rewarding beauty. His latest CD is a brilliant demonstration of music making at the highest level.”

Joining forces with his quartet – Brad Shepik on electric guitar, Ayal Tsubery on bass and Alessio Romano on drums, Vasiljevic performed the original compositions from his debut album “The Path of Silvan” as well as a few other ones.

The musical path took the audience on a journey to Vasiljevic’s homeland Serbia, his hometown of Belgrade and several secret spots “Here on Earth”, the opening tune inspired by wonderful life presence and versatility of our planet, that set the perfect tone for this memorable performance.

Other compositions from the album followed, including Endless Belgrade, Zrnov, No Movies Today, Silvans’ dance, Good Night Stefi Geyer and Skagerrak, meshing the sounds of modern jazz with the music of the Balkans.

A special treat for the audience was a new solo piano composition titled “Far” which Vasiljevic dedicated to all dear ones who are far away, yet near to our hearts. This composition will appear on the upcoming solo piano album “Meaphor” planned for release in early 2014.

Vasiljevic with his charming interlude storytelling, which gives just enough introductions to the compositions to make audience await them even more eagerly, creates an array of intimate moments that melt the hearts of music lovers and create that sentimental jazzy feeling.

The show closed with the captivating interpretation of Esbjorn Svensson’s “Dodge the Dodo” which has become one of Vasiljevic’s signature arrangements as he paid tribute to the late Swedish musicians who has had such an influence on him.

The live performance is central to the jazz aesthetic and being at a Dimitrije Vasiljevic show is a musical experience. He is an extraordinary artist who gives you music the way it is meant to be heard – with an open heart.