Drummer Ulysses Owens, Jr. To Lead “All Sides Of Ella” With Friends At Dizzy’s Club Coca-Cola In New York City 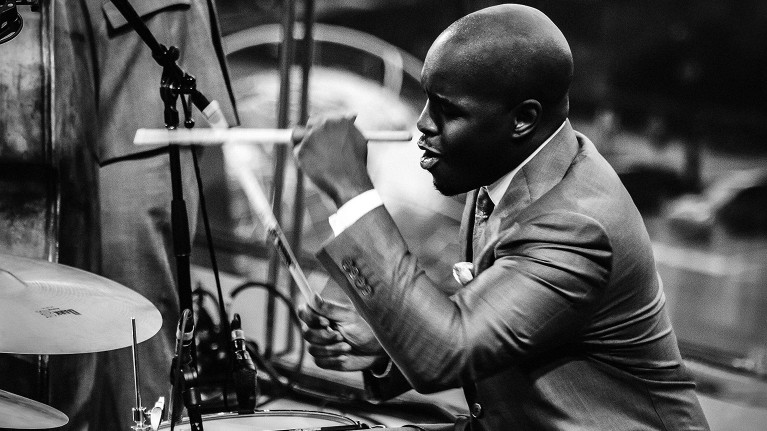 Of his group’s upcoming performance at the Ella Fitzgerald Festival, Owens states “I first fell in love with Ella’s voice in my teens. Since then I have always had an affinity for working with singers because I am musically most influenced by the voice. I am so thrilled to be able to pay tribute to the Queen of Jazz Voice with this wonderful band and vocalists. We plan to play our hearts out for our audiences nightly and give them ‘All Sides of Ella’!”

This summer, Owens will release his latest project as a leader entitled Falling Forward on Spice of Life Records. The recording features his newest group THREE, consisting of bassist Reuben Rogers and vibraphonist Joel Ross with special guest vocalist, Vuyo Sotashe. Later this year, Owens is also scheduled to record a fourth studio album with the New Century Jazz Quintet, which he co-leads; the group will tour Japan in August 2017.